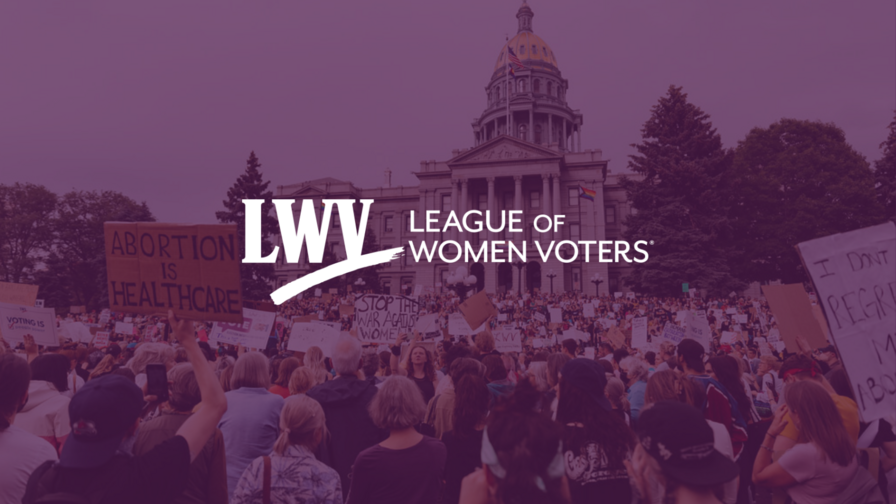 Writing for the majority, Justice Alito stated, “procuring an abortion is not a fundamental constitutional right because such a right has no basis in the Constitution’s text or in our Nation’s history.” In so doing, he and four other conservative justices turned back the clock —  not only essentially sending Americans back to a time before Roe v. Wade was decided, but also looking almost exclusively at reproductive rights from the lens of the mid-1800s and earlier to determine whether the Constitution confers a right to abortion today.

Justice Alito maintained that, contrary to the fears of many civil rights advocates, this decision had no bearing on other unenumerated rights (rights not specifically spelled out in the Constitution but nevertheless recognized as fundamental) such as marriage equality, same-sex intimacy, and contraception access. However, Justice Thomas undermined this assertion by penning a concurrence calling for a new look at the decisions protecting all the above rights, and more.

Meanwhile, a joint dissent authored by Justices Breyer, Sotomayor, and Kagan argued that the Court had stripped women of all rights, thereby destroying lives, curtailing women’s “status as free and equal citizens,” and most negatively impacting women of color and limited means.

Read Our President's Statement on Dobbs

How Dobbs Takes Us Back In Time

The crux of Dobbs is a highly constrained and antiquated view of what constitutes a fundamental constitutional right. Specifically, Justice Alito wrote that for a right to be protected by the Constitution, it must be either explicitly spelled out in the text or “deeply rooted in [our] history and tradition.” 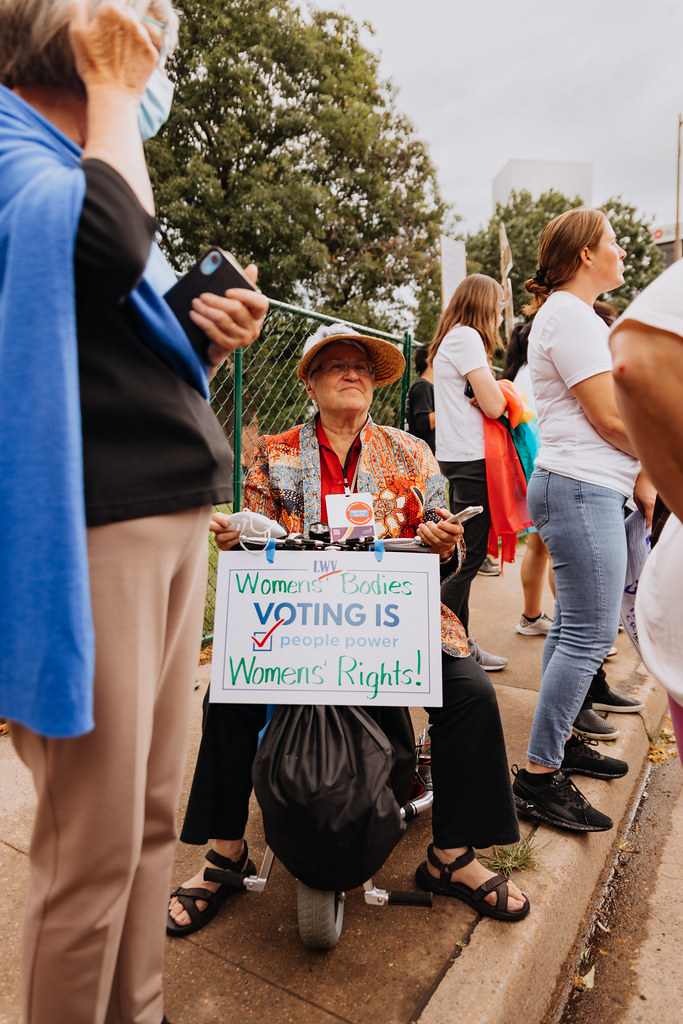 What exactly does this mean? According to the Dobbs decision, relevant sources for gauging whether abortion is deeply rooted in history include:

This is an incredibly troubling view of constitutional protections. By discounting history after the ratification of the 14th Amendment, the Court limited constitutional protection to only those rights that were recognized in the earliest days of this nation — before women and people of color were able to vote, own property, control their earnings, serve on juries or as lawyers, or virtually any other hallmarks of full participation in society. Under this logic, even if there were societal or legislative agreement that abortion is a constitutional right from the late 1800s to the present day, it’s possible that there would still be no constitutional right to it. No amount of societal change, scientific advancement, or recognition of past injustices would allow Americans any rights beyond those that a small group of white, property-owning men explicitly awarded them 200 years ago.

There are additional nuances to the Dobbs logic that further constrain courts from recognizing constitutional rights.

[T]he Court limited constitutional protection to only those rights that were recognized in the earliest days of this nation — before women and people of color were able to vote, own property, or virtually any other hallmarks of full participation in society.

First, Justice Alito argued that the fact that early-stage abortion was not criminalized in early 1800s America does not mean that society felt women should have access to it. Instead, the legislature could have criminalized it but chose not to (for some unknown reason). This logic essentially requires explicit acknowledgment by 1800s society that something was a constitutional right for it to now be protected by the Constitution. Given that records from the 1800s are naturally less accessible, early American norms discouraged the discussion of sensitive social issues, and legislatively, recognition of a right to abortion could look the same as merely declining to restrict it, this is a very tall order.

Second, Justice Alito argued that, in coming to its decision that abortion is a fundamental right, the Roe Court relied on precedents that were not similar enough — namely, none of them involved the question of prenatal life. As a result, not only did such logic doom abortion rights from the start, but were this rationale applied to other cases, it would be nearly impossible to recognize unenumerated rights because they would necessarily need to be based on a virtually identical right that has already been recognized. For example, under this logic it would be easy to say that many of the court’s unenumerated rights cases are based on insufficiently similar precedents: Obergefell v. Hodges did not rely on precedents that were similar enough because none of them concerned the issue of same-sex marriage, Loving v. Virginia was not based on precedents about interracial marriage, Griswold v. Connecticut did not use precedents that concerned contraception, and the list goes on.

The Chopping Block: Rights Threatened by the Dobbs Decision

Lack of abortion access will have a massively dangerous impact on Americans going forward. But now that we know what a Dobbs approach does to constitutional analysis, could this method affect other aspects of people’s lives? While that remains to be seen, the Dobbs logic puts many —  if not all —  unenumerated rights that Americans have built our lives and communities around, on very shaky ground.

Aside from the court’s general skepticism of unenumerated rights writ large, there are many constitutional rights that have the same origins as the right to abortion — namely, the right to privacy and liberty. Cases establishing a right to marriage equality for same-sex couples (Obergefell v. Hodges), interracial marriage (Loving v. Virginia), contraception (Griswold v. Connecticut), same-sex intimacy (Lawrence v. Texas), and directing the upbringing of one’s children (Pierce v. Society of Sisters) are all recognized under the umbrella of privacy and/or liberty rights.

Significantly, none of these rights were recognized, either legislatively, legally, or socially, in the 19th century United States. Instead, they are products of a more recent understanding that to deny such rights would be unjust and discriminatory. 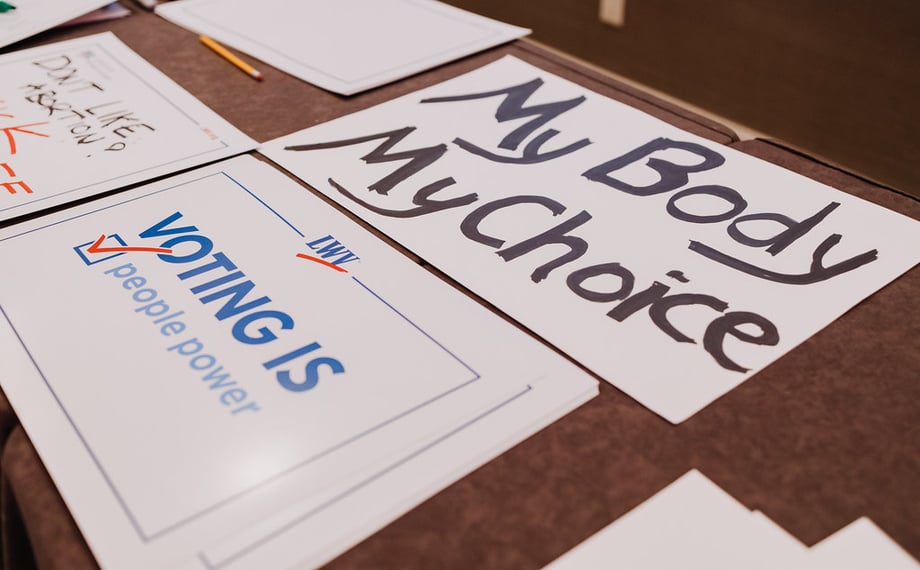 While Justice Alito argued that these rights are not affected by Dobbs, under the Dobbs logic, they are unlikely to be protected by the Constitution. Indeed, Justice Alito even sowed seeds of doubt in the right to privacy itself, pointing out that it is not mentioned in the Constitution, and it is unclear from which Amendment it can be said to originate.

Justice Thomas’ concurrence makes this danger clear. He stated that the Due Process Clause, a provision in the Constitution that protects people from the arbitrary deprivation of life, liberty, and property and is generally considered to protect many unenumerated rights, “does not secure any substantive rights.” According to Justice Thomas, “any substantive due process decision is ‘demonstrably erroneous,’” thus the court “should reconsider all...substantive due process precedents” to “correct the error.” While this willingness to strike down constitutional protection for all unenumerated rights is even more troubling than the majority opinion, at least Justice Thomas is honest in pointing out that the grounds on which Roe was overturned jeopardize other unenumerated rights as well.

Dobbs and Bruen Combined: The Threat of Extreme Originalism to Our Fundamental Rights

One day before releasing Dobbs, the Court published its decision in another case dealing with constitutional rights, New York State Rifle and Pistol Association v. Bruen, in which the Court severely restricted the ability of states to enact gun control measures.

The logic employed in Bruen is remarkably similar to that of Dobbs. Specifically, Bruen limited the relevant “historical tradition” of gun regulation to the time around the 2nd Amendment’s ratification. Thus, Dobbs and Bruen share a focus on centuries-old conceptions of rights and social norms in defining present-day constitutional protections.

Such a preoccupation with distant history shifts the court to an extreme version of originalism, which is a theory of constitutional interpretation that argues that all statements in the Constitution must be interpreted based on how they would have been understood or intended at the time the Constitution (or relevant amendment) was adopted. In the court’s new originalist world, rights are constrained (as with abortion) to their 19th-century status regardless of social change or improved scientific knowledge. At the same time, modern problems (i.e. the creation of exponentially more deadly weapons and proliferation of mass shootings) do not allow for legislative responses unless they are actions 19th-century legislators would have taken.

In the court’s new originalist world, rights are constrained (as with abortion) to their 19th-century status regardless of social change or improved scientific knowledge.

Yet the most important attribute shared by these opinions is the dangerous and oppressive effect they will have on countless people in this country – chiefly, people of color and those with limited means. Women of color and women who cannot afford to travel for an abortion are most at risk of losing their lives and livelihoods to abortion bans. Similarly, people of color are more likely to be victims of gun violence than white people, and communities of color have become targets for mass shooters such as those who shot and killed 10 Black individuals in Buffalo in 2022, murdered 23 Latino people in El Paso in 2019, or killed 9 Black churchgoers in Charleston in 2015.

Together, these cases demonstrate that Dobbs is not an anomaly. Instead, the court has taken a sharp turn toward depriving Americans of important constitutional rights — not just the right to obtain an abortion, but also the most basic principles on which our nation was founded — the right to life, liberty, and the pursuit of happiness. Most cruelly, its apathy for modern problems and attempts to remedy historic injustices puts people of color, lower-income individuals, and women well on their way back to a time in which they enjoyed virtually no rights whatsoever.

For more information on the logic applied by the Bruen Court and its consequences for Americans, please see this LWV blog post.

LWVUS board president and Planned Parenthood North Central States medical director, Dr. Deborah Ann Turner, made the following remarks in response to the Supreme Court of the US's decision to overturn the constitutional right to abortion.