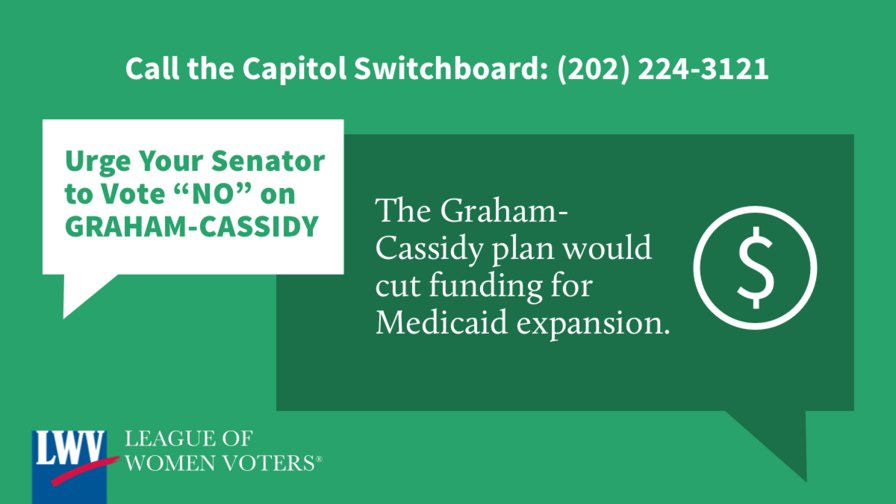 This could be our last chance to protect the Affordable Care Act (ACA). Next week, the U.S. Senate is gearing up to vote on a new plan to replace the ACA before the end of the month. It’s a last-ditch effort that will harm the American public by cutting health coverage and raising premiums and out of pocket costs for millions.

The legislation is sponsored by Senators Graham (R-SC) and Cassidy (R-LA). Like previous proposals, it is a partisan attempt to repeal the ACA. This legislation is likely the final chance that Republican members of Congress will have to repeal the ACA using a process called reconciliation. Reconciliation is used on mandatory funding bills to ensure that the legislation meets budget revenue and spending targets. And it’s a way to fast track these bills to passage. The ACA was passed through the reconciliation process and now Congress has until September 30 to move the Graham-Cassidy proposal forward.

The September 30 deadline leaves little time for public input, in depth analysis from the Congressional Budget Office and public hearings in Congress. But, when reading the draft released by Senators Graham and Cassidy we find that this legislation is not the great compromise that we have been promised. Like other versions before, the legislation will gut protections for people with pre-existing conditions, cut funding for Medicaid expansion, raise costs and eliminate coverage for millions of Americans.

The Affordable Care Act is not a perfect law but it has provided health care to millions of Americans who previously went without coverage. It is high time Congress stops trying to repeal this life-saving legislation.

You can do something to stop this legislation. Now is the time to call your Senators and let them know this bill is not in our national interest.

Tell them to reject the Graham-Cassidy health care proposal