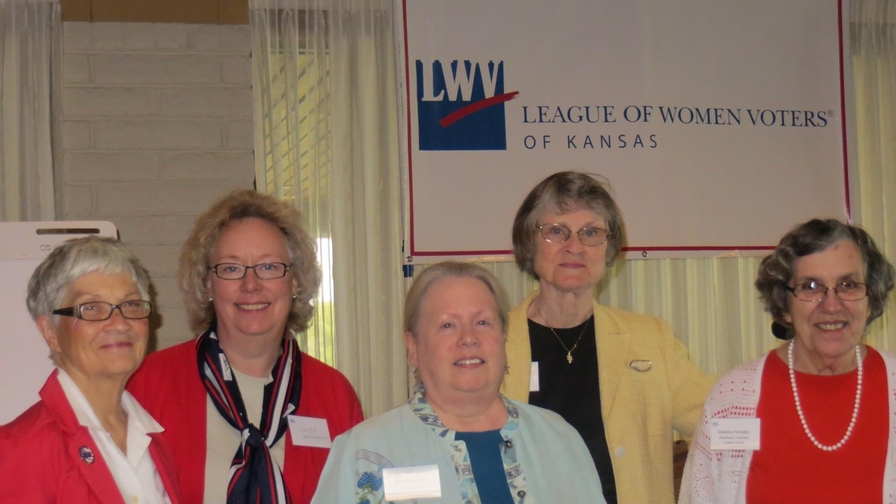 Over the past four years, the League of Women Voters of Kansas (LWVKS) has been pushing back against a harmful proof-of-citizenship voter registration state law. This law, championed by the Secretary of State, requires anyone registering to vote to provide documentation, such as a birth certificate, to prove that they are citizens. Earlier this year, the Secretary of State imposed an even stricter barrier to registration – all voters with incomplete forms, mostly due to the proof-of-citizenship requirement, will be put on a suspense list and taken off of the voter rolls after 90 days.

The rule changes went into effect despite a lack of public support. In response, local Leagues throughout Kansas have taken on the big task of reaching out to “purged” voters. League volunteers will make phone calls and educate effected registrants to ensure that every person who registers to vote in Kansas is able to cast a ballot.

In light of the state’s effort to disenfranchise voters, LWVKS has also gotten creative. Partnering with college professors throughout Kansas, League volunteers are encouraging students across the state to take an active role in the voter registration process by learning how to register to vote, help register their friends and even reach out to a voter at risk of being purged from the voter rolls. The list of impacted voters is currently upwards of 30,000, roughly 40 percent who are under 30 years old.

Before the new rules were implemented in early October, LWVKS gave testimony and spoke out publically against the changes. “It has intimidated the public about the vote,” said Marge Ahrens, co-president of the Kansas League during an interview with NPR. It has essentially kept 36,000 off the voter rolls. LWVKS also continues to fight against anti-voter legislation and efforts by some in Kansas to limit access to the ballot box even more.