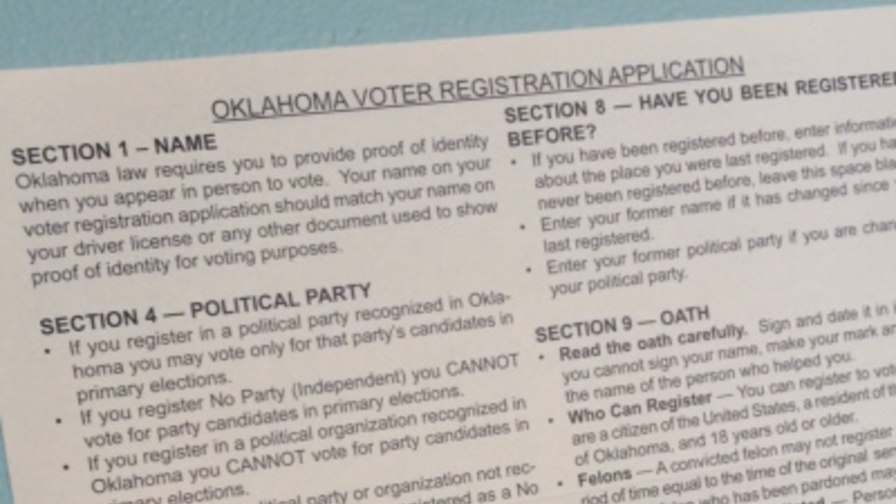 EDITORIAL NOTE: This guest blog post was written by Sheila Swearingen, president of the League of Women Voters of Oklahoma

At the end of July, the League of Women Voters of Oklahoma (LWVOK) helped secure a big victory for voters in their state. Together with our voting rights coalition partners, we reached an agreement with the State Election Board and state agencies ensuring compliance with the National Voter Registration Act (NVRA) of 1993.

The National Voter Registration Act requires that state agencies providing public assistance must ask clients whether they want to register to vote, offer them voter registration materials and help them complete registration forms. This pivotal legislation has helped register millions of Americans to vote, yet there was strong evidence that Oklahoma’s public assistance agencies were not in compliance. Nearly a year before our eventual victory, LWVOK and the League of Women Voters of Metropolitan Tulsa joined with the Metropolitan Tulsa Urban League and the YWCA Tulsa, to send a letter to Paul Ziriax, Secretary of Oklahoma’s State Election Board, notifying him of the evidence of noncompliance.

In our letter to Secretary Ziriax we noted that the number of voter registration applications reported statewide by Oklahoma public assistance agencies had dropped by 81 percent since the initial implementation of the NVRA in 1995. At the same time, the average monthly participation in the SNAP program, just one of the programs covered by the NVRA, nearly doubled. Furthermore, only 61 percent of Oklahoma citizens in low-income households were registered to vote in 2012 compared to 81 percent of those in affluent households. In fieldwork investigations conducted at Oklahoma public assistance agencies on behalf of the community groups, a significant percentage of agency clients interviewed said that they received no voter registration services whatsoever when, under the NVRA, they should have.

In working with election officials in our state, LWVOK has found that they are committed to the goal of making voter registration available to all qualified citizens. Therefore, we were confident that Secretary Ziriax would want to encourage compliance with the NVRA.

An agreement of this magnitude was the result of hard work and dedication by a coalition of advocates, and we are grateful for their help and support. The agreement was written on behalf of the League and the other advocacy organizations by Demos, and supported by Project Vote, the ACLU of Oklahoma, and the Lawyers’ Committee for Civil Rights Under Law.

For 95 years, the League of Women Voters has worked to help new voters engage with their government and to empower people to tackle the most important issues facing our communities. The Oklahoma League is proud to be a part of an initiative that honors the League’s long and arduous fight in the early 1990’s to demand passage of the National Voter Registration Act and will have a direct impact on improving voter registration across Oklahoma. Because of the significantly lower percentage of low-income Oklahomans registered, and a relatively high number of individuals seeking some form of assistance, we are expecting a jump in voter registrations and updated voter registrations. Many low-income families move frequently and they will now be able to update voter registration record when they change information for receiving benefits. We also anticipate this victory will help improve not only our state’s voter registration rates, but also improve voter turnout as a result. The League continues to be at the forefront of helping voters register to vote, cast their ballot and make sure that vote is counted.

We hope that LWVOK’s success at bringing Oklahoma into compliance with the National Voter Registration Act will encourage other voting rights advocates to fight on behalf of those citizens who should be the beneficiaries of the provisions of the NVRA. Actions like this are at the core of the League's work: advocating for systems that improve our democracy, allow everyone's voice to be heard and keep our elections fair, free and accessible to all eligible citizens.