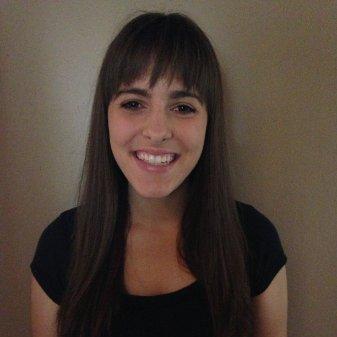 EDITORIAL NOTE: This blog post was written by our intern, Anne Gleich

Civic engagement can come in many forms – it can be as simple as voting, it can be writing and talking to your representative about an issue you care about, volunteering on a campaign or attending a caucus. It can also be as simple as caring about the issues in your community and learning about what’s on your ballot. Debates are also a key way to engage with the political process – they give the candidates a place to express their vision for the future to potential voters and give voters a chance to learn about the stances of each candidate on a variety of issues.

Throughout high school and college, I’ve strived to be active in my community and civically engaged, and through that work have participated in the political process in many of these ways. During the 2014 midterm elections, I was able to participate in something new for me - I attended a candidate forum for the Minnesota House of Representatives race, organized by the League of Women Voters of the St. Cloud Area.  Audience members were encouraged to ask questions of each candidate, about both national issues and ones affecting our community more directly. The forum brought together a diverse group of people: seasoned voters, League members, students and first-time voters alike.

Last week, the first debate for the 2016 presidential election took place. Candidates for the Republican presidential nomination gathered to debate and lay out their visions for America’s future. The next Republican debate is September 16 and the first Democratic debate is October 13. There are a few things you can do to get the most out of watching these debates. For starters, familiarize yourself with the candidates and the format of the debate beforehand. Then during the debate, pay attention to the questions asked – are they fair and unbiased? Do they cover the important issues? Do the candidates answer the questions, or evade them? Follow these simple tips to get the most out of the debate –it’s never too early to start paying attention!

When I attended my local forum, I learned a lot about each candidate, and ultimately the opportunity greatly contributed to my ability to choose a candidate who best represented my ideas for the future and direction of our community. I’m excited to repeat this experience. Through the many debates to come, I know I’ll be prepared to weigh-in in 2016 and vote for the presidential candidate who best represents my issues and interests.

Election Day 2015 is coming! Now is the time to remind the people in your life to visit VOTE411.org to register to vote, make sure that their voter registration record is up-to-date and learn about important voting rules and deadlines in their state. With your help, we’re Making Democracy Work®!

The League was cited in a ruling to extend voter registration an additional week in the aftermath of Hurricane Matthew.