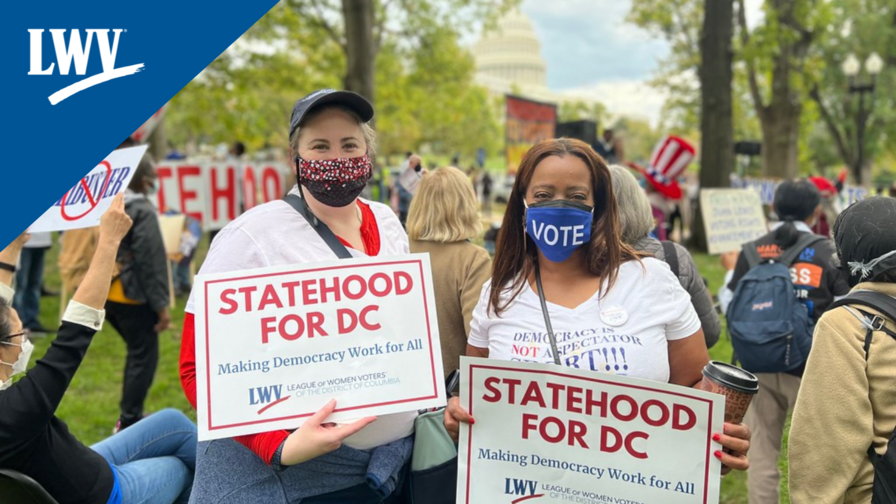 With Liberty and Justice for All (Except DC)

“We hold these Truths to be self-evident, that all Men are created equal, that they are endowed by their Creator with certain unalienable Rights, that among these are Life, Liberty, and the Pursuit of Happiness - That to secure these Rights, Governments are instituted among Men, deriving their just Powers from the Consent of the Governed”

District citizens do not have the liberty that folks across the US have.  Liberty means the right to govern ourselves completely, at the local, state and federal level — which is how it works in the 50 states.

But the District of Columbia is not a state. Why is that a problem?  Because of not being a state, the District of Columbia does not have any rights unless they are specifically allowed by Congress, since Congress exercises “exclusive Legislation in all Cases whatsoever” over the Seat of Government of the United States. In other words, unless we have statehood, we don't have access to the rights that the current 50 states enjoy.

The District of Columbia’s license plate says End Taxation Without Representation because DC citizens pay taxes (more than in 22 states) despite lacking voting representation in Congress. But the deeper problem is the fact that the federal government regularly issues laws that affect the District without the “Consent of the Governed” referenced in the Declaration of Independence. District laws are subject to the whims of Congress, meaning DC citizens can’t even control some of the most basic elements of our daily lives. Likewise, according to the Home Rule Act, any law passed by DC Council can be blocked by Congress. Congress also retains authority over DC’s budget, and the sitting US President appoints judges for the District of Columbia. 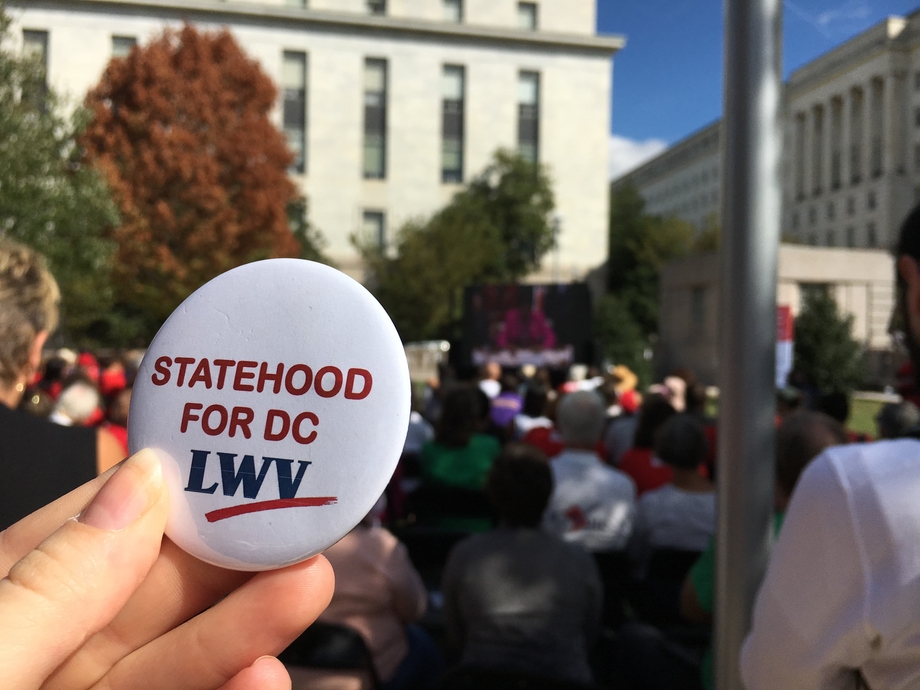 This has been a problem for centuries; for instance, it wasn’t until 1888 that the right to trial by jury was extended to District residents. It continues to this day with legislation like the recent budget bill put forth by the White House and passed by Congress, which restricts the District’s use of our locally collected tax monies to fund abortion care for low-income women. Another rider continues to prevent DC from regulating the sale of marijuana, leaving the District without the means to manage the increasingly complex set of issues surrounding the distribution of pot. In these and other cases, our health care and economy are both dependent on decisions made by people who don’t even call the District their home.

Our current limited home rule powers are merely a temporary delegation of authority from Congress. Congress can block any laws passed by the DC Council, and they have done so several times. They can also take back those powers anytime, like they did in 1874, when they abolished our territorial government and established the three-commissioner system for ruling the District that lasted for a century.

Without statehood, the District of Columbia is totally subject to whatever Congress decides, and the almost 700,000 people who live in DC do not have the rights they would have if they lived in a state, the basic unit of these United States.

This is why we must pass DC Statehood. The Washington DC Admission Act, S51, resolves the above issues by redrawing the boundaries of the Federal District to include only the Federal monumental core, including the White House, Capitol, Supreme Court, Mall, and monuments and the Federal buildings lining Constitution and Independence Avenues, allowing the rest of the territory to apply for statehood. In doing so, it maintains the Seat of Government of the United States under the exclusive control of Congress while admitting DC as a new state to the Union, on equal footing with all the rest.

The almost 700,000 citizens of the District of Columbia deserve to have a say in the laws that determine our daily lives. We deserve representation. Most of all, we deserve equality.

DC must become a state!

League Submits Statement to US Senate in Support of DC Statehood

The League of Women Voters sent a statement for the record to the Senate Homeland Security and Government Affairs Committee in advance of their hearing on DC Statehood.

Without statehood, D.C. residents aren’t full citizens. We deserve to join the Union as a state whose 712,000+ people live, work, play, and taxes like everyone else.

Blog / April 16, 2021
Redistricting Watch: I Fight For Fair Maps Because I Care About D.C. Statehood