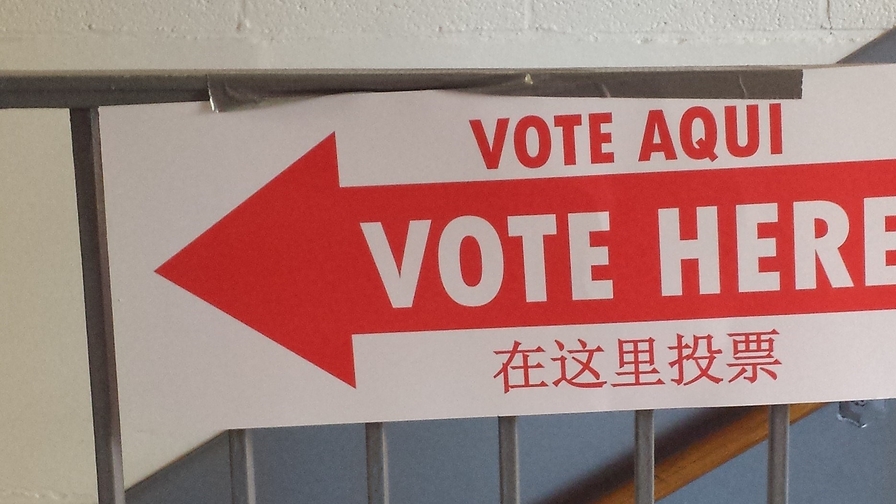 This blog post was co-written with Mary Klenz, co-president of the League of Women Voters of North Carolina.

Through this project, we were able to talk face-to-face with 36 of the 100 county board of elections executive directors throughout North Carolina. The interviews focused on election administration topics, such as recruiting and training poll workers, educating voters, budgeting for equipment, and general concerns for the upcoming 2016 elections. In addition, League volunteers sought officials’ opinions on other pro-voter reforms, including online voter registration and ways community groups, like the League and Democracy North Carolina, may be helpful to election officials.

Election workers have come up with creative and proactive ways to engage with new communities when recruiting poll workers by reaching out to community college, high school students and community service organizations like the League. At least one county official hired staff dedicated to educating voters on the new laws concerning photo ID, an effort that will hopefully better prepare voters for Election Day. According to Democracy North Carolina, some county board of elections also plan to have “greeters” at the polls to explain and answer questions related to the myriad of changes to election law passed by the state legislature in 2013.

We will be taking these findings back to our local boards of elections over the next few months, both to those who were able to participate and those who were not. The report highlights the achievements of county elections officials working with limited resources, while at the same time brings attention to the need for pressing reforms ahead of a busy election year in 2016.

One major issue brought up throughout this report is the uncertainty of the changes to our election laws in the face of two lawsuits, currently awaiting decisions in both federal and state court. Elections officials cited the difficulty in sufficiently reaching out to voters about recent changes in the voter photo ID requirement. Initially, the voter ID law was set to go into effect for the 2016 primaries and beyond, requiring all voters to present a limited number of IDs in order to vote. Now for the 2016 primaries, voters who do not have the required photo ID and who meet one of eight criteria, such as lacking transportation or a lost birth certificate, will be allowed to sign an affidavit and vote a provisional ballot. LWVNC and other allied organizations are concerned that procedures put in place to assure the counting of provisional ballots are not robust enough to allow every ballot to be counted under the new law. Both the elections officials and the League of Women Voters of North Carolina will have extensive education programs to ensure that voters are prepared for Election Day, culminating in the voter greeter program by some boards of elections.

Armed with the findings of this report (PDF), and regardless of the impending lawsuits decisions, LWVNC and Democracy North Carolina are preparing to put poll monitoring programs in place for the March 2016 primary to gather data on voting procedures and approach County Commissioners and other elections officials and decision makers in order to find common sense solutions to pressing elections issues that best serve North Carolina voters, with the goal of Making Democracy Work®.

Leagues across the country are encouraged to work with their local elections officials, who have on-the-ground knowledge of the resources available at the county level, to gather data that will help Leagues develop strategies and programs to advance pro-voter election reforms.

We’re Facing a Historic Shortage of Poll Workers. Can Voters Count on You?

With three months to go until Election Day, America is facing a critical shortage of poll workers, all of whom need to be signed up and trained in time for November.