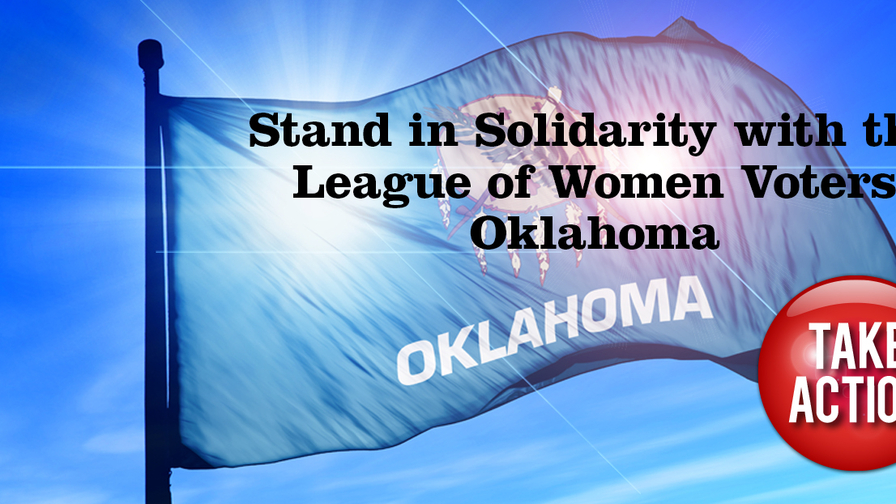 Not OK in Oklahoma

The numbers just weren’t adding up.

Two decades after the National Voter Registration Act—better known as “Motor Voter”—first required state public assistance agencies to ask clients if they wanted to register to vote and to help them complete the application, the number of voter registrations reported by agencies in Oklahoma had dropped by 81 percent—even though their client caseload had skyrocketed.

So the League of Women Voters of Oklahoma (LWVOK) did some digging. And when they discovered widespread noncompliance—many clients reported no one had ever mentioned voter registration to them!—they went to work.

Partnering with allied organizations, LWVOK carried out extensive fieldwork investigations to document noncompliance. They delivered their results to the State Election Board and demanded action while threatening a lawsuit.

The result? A formal agreement (PDF), endorsed by the State Election Board and Oklahoma’s public assistance agencies, that establishes a robust blueprint to bring Oklahoma into full compliance with the NVRA—helping ensure low-income, young and elderly voters can make their voices heard on Election Day.

Truly outstanding work by the League of Women Voters of Oklahoma!

As we reflect on the many things we are thankful for this year, I hope you will join me in sending the Oklahoma League a thank you for a job well done!

And please accept my thanks for standing with the League in defending voters' rights and Making Democracy Work® by increasing citizen participation—in your state and all across the country!