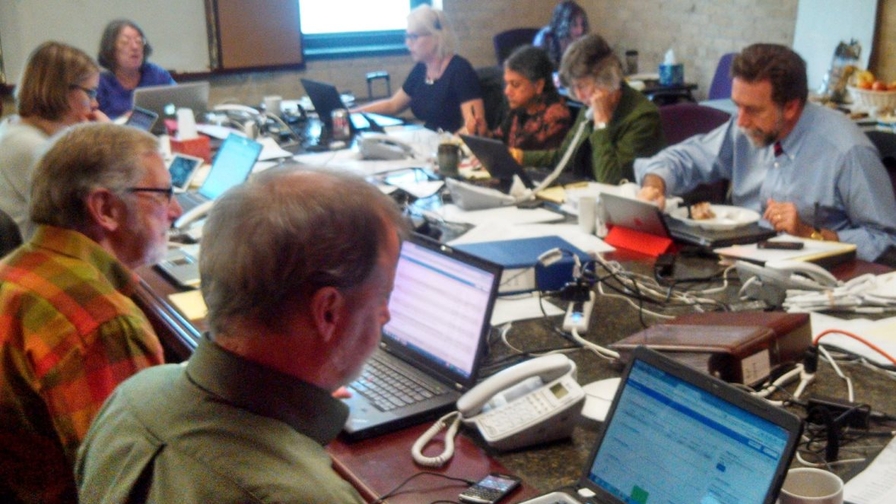 In a few short years, the League of Women Voters of Wisconsin’s election observer program has grown from a very limited pilot program to a statewide volunteer observer corps that protects voters on Election Day and provides valuable evidence for the Wisconsin League’s ongoing advocacy for clean, accessible elections.

History of our Election Observer Program

Wisconsin is one of the few states where elections are administered at the municipal, not the county, level. With over 1,800 cities, towns and villages, discrepancies were bound to occur. The Wisconsin League decided we needed to understand how elections were run across the state, so we launched our pilot initiative with 15 volunteer observers in 18 polling places across the state in 2010.

The next year, our election observer program was put to the test with the new on-again, off-again voter photo ID law and multiple state senate recall elections. We recruited volunteers statewide, including League members as well as other interested parties. In 2012, we observed both a gubernatorial recall and the November general election. We released a report on our findings from observing the gubernatorial recall that identified five common themes and offered recommendations to better prepare the poll workers for that November’s elections.

We have been able to grow this program thanks to support from the LWVUS’s Public Advocacy for Voter Protection project and our excellent partners here in Wisconsin. We put our program together and recruited volunteers in conjunction with other groups, particularly the Lawyers Committee on Civil Rights, Wisconsin AFL-CIO and the ACLU of Wisconsin.

This past Election Day, more than 250 people volunteered as election observers. Some were assigned to stay at one polling place and observe the voting process over a period of several hours, while others were roving observers, visiting four to six polling places throughout the day. In addition to observing polling places, some volunteers staffed hotlines fielding calls from voters, our observers, the media and others who reached us by phone, email or text messages. The polls opened at 7 a.m. and by 7:10 a.m., we were receiving calls. Issues and questions varied:

Throughout the day the lawyers and the Wisconsin League were on Facebook and Twitter—both posting information for voters as well as tracking other posts to provide needed information. We even quashed some rumors—for example one that said police in one town were intimidating voters. For much of the day our phones lines were constantly busy, and I deployed our roving observers to sites that were reporting problems. One couple drove 60 miles in northern Wisconsin to deal with a photo ID problem. Then suddenly the calls quit coming at 7:30 p.m. right before the polls closed at at 8 p.m. We had done all we could to ensure voters’ ability to participate in the democratic process, and we were proud of what we had accomplished.

Many of our volunteers have already said they want to participate again in 2016. Volunteer Janet Finch said “thank you… for this wonderful opportunity to observe and interact with a vast range of citizens, all committed to exercise their right to vote. It was an exhilarating experience.”

Soon, we will receive the written reports from our observers and will begin compiling our final report. We will use it to detail issues to the state Government Accountability Board, a nonpartisan entity that oversees Wisconsin’s elections, and our local Leagues will share it with their local elections officials, many of whom appreciate the League’s evidence-based work and invite us in to discuss the findings. Because of the League’s detailed knowledge of how elections are actually administered, we have made a difference in affecting legal and regulatory changes in election law.

Letters / March 11, 2019
Homeland Security Provision is Another Attack on our Democracy