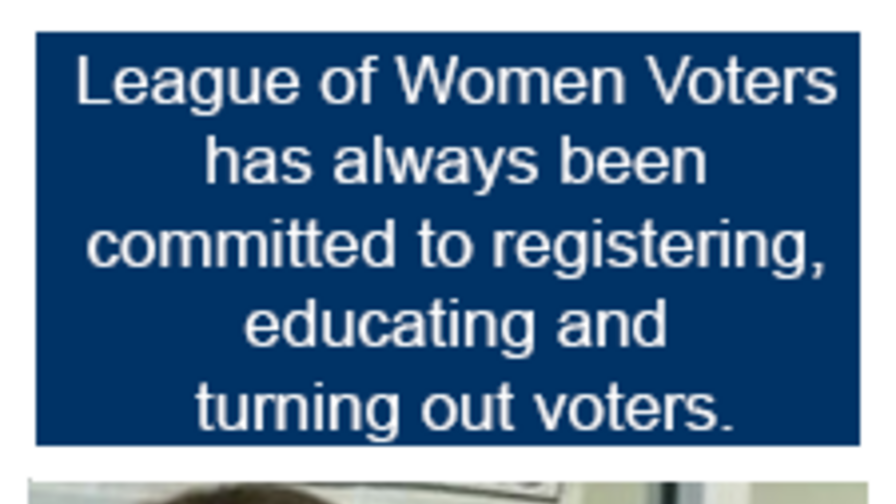 Our Voter Registration Work is Headed to the Supreme Court

The fate of the National Voter Registration Act (NVRA) now lies with the Supreme Court. For the second time in as many months, the justices are hearing arguments on vital legislation that has encouraged active participation in our democracy for nearly two decades. The League of Women Voters of Arizona is a plaintiff in the case and the LWVUS has submitted an amicus brief to the Court.

If the Supreme Court rules against the NVRA, states would be free to pass laws that could restrict voter registration activities and thereby prevent eligible citizens from registering to vote. Pledge to support new voters and the organizations that bring them into the political process.

What’s more – if the NVRA is not upheld, the work of the League of Women Voters is at risk! Take action today and pledge to support organizations like ours that seek to engage new voters in the political process.

If the opponents of the NVRA have their way, the mission of our organization is in jeopardy. The case endangers the League's work of running independent voter registration drives. The NVRA streamlined the numerous state laws that hindered citizen-led registration drives, and a decision against the NVRA would leave the voter registration process vulnerable to new forms of political manipulation. The League and our community partners are often the only effective way for many new voters to get registered to participate in our great democracy.

Restricting voter registration is just one way to limit the right to vote and altering the NVRA could reverse years of progress. Join us as we fight to protect the NVRA and pledge to support organizations like ours that are dedicated to registering new voters so that all eligible citizens are encouraged and able to participate in our elections.