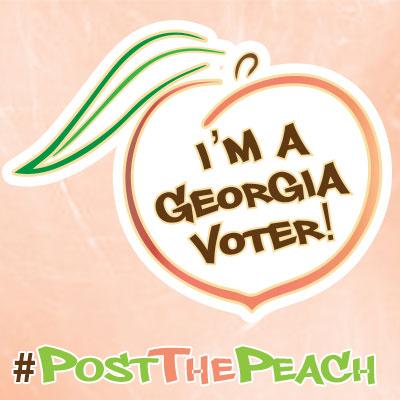 EDITORIAL NOTE: This guest blog post is written by Kelli Persons, program manager for the League of Women Voters of Georgia

For the third time in four years, certain legislators in Georgia attacked early voting. This time the attack came as a wolf in sheep’s clothing that proclaimed to mandate Sunday voting opportunities, yet reduced the overall days available for voters to cast their ballot early. With 44 percent of Georgians casting their 2012 vote through early voting, it is a crucial way for voters in our state to exercise their right to vote. And, for the second year in a row, the League of Women Voters of Georgia (LWVGA), alongside our partners, was victorious and defeated these attacks!

Current Georgia law allows for three weeks of early voting including at least one Saturday. Counties retain the option to add an additional Saturday and two Sundays, and may also choose to add additional hours to the voting days as they see fit, often providing voters with evening voting opportunities both during the week as well as on the weekend. During the 2014 elections, 11 counties held Sunday voting for the first time ever and many chose to provide early voting options during both full weekends. This year’s proposal sought to reduce early voting to only two weeks and to limit weekend voting opportunities to just two days. Additionally, the proposal would have limited the hours that polls could be open on the weekends, thereby removing evening voting opportunities.

In 2014, the League of Women Voters of Georgia and our partners defeated a different early voting bill that tried to cut early voting for municipal elections to only six days. At the time, we were told the municipal association was asking for it because early voting was ‘too expensive.’ After successfully defeating that proposal, the League used the 2014 election season to strengthen our partnerships with county election offices and the municipal association by launching a social media campaign, #PostThePeach that urged citizens to vote early, take a “selfie” of their voting sticker (a Georgia peach), and to challenge their friends and family to also #PostThePeach! It was a great success and the counties saw more bang for their buck with higher early voting turnout. Perhaps as part of this success, we were pleased that the counties and municipal association did not support this year’s attempt to reduce early voting! Local elected officials also became vocal opponents.

Thanks to last year’s success in defeating these attacks and our success in building community partners, the League of Women Voters of Georgia was ready for renewed attacks this year. LWVGA and many, many partner organizations rejected this year’s ploy to mandate an additional day of weekend early voting while reducing the overall length of early voting both during the week and on weekends. We built our defense around fully educating legislators on the popularity of early voting. The bill sponsor’s own district had an early voting rate of 59.4 percent in 2012. In our conversations with legislators, we stressed their own districts early voting turnout rate. By showing legislators the data about their own constituents, the League helped change lawmakers’ minds to ensure early voting was protected.

We also rejected the hyper-partisan rhetoricthat there is only one type of early voter. Our data showed that rural districts had a much higher early voting turn out rate than the urban districts. It makes sense that if you drive into town once a week for groceries to go ahead and vote while you are there, too.

Finally, we also made sure legislators heard directly from their voters with three strategically placed electronic billboards that displayed an 877 toll-free number voters could call to be directly connected with their representative. Ultimately, the proposal never made it to either chamber for a floor vote before the legislature recessed for the year. However, we expect these attacks to be back next year and LWVGA and our partners will need to be ready again.

In the past, if Georgia was on the forefront of anything I would tell you, your state doesn’t want it. Georgia was the first to pass, litigate and then pass again a restrictive photo voter ID requirement as well as citizenship verification. But now, we will keep our fingers crossed that the tide is turning and with education, persistence and a little public embarrassment, we can put Georgia in the column of states that are successfully protecting voting rights and making our elections more fair, free and accessible.

To learn more about the work of the League of Women Voters of Georgia, follow them on Twitter.