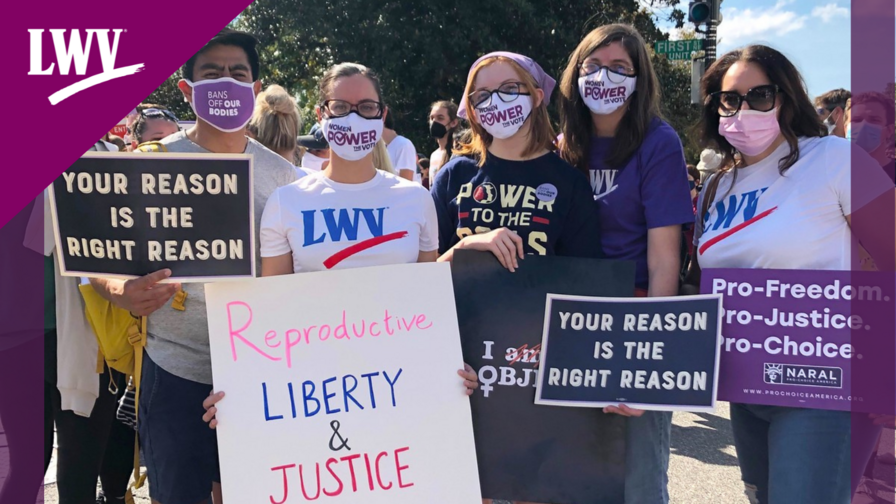 Reproductive Justice Cases You Should Know About

Over the past few years, there have been increased attacks on access to reproductive care. In 2021, we saw the highest number of abortion restrictions made into law in a single year, including a Texas law that was denounced by human rights experts from the UN.

The Right to Abortion Prior to Viability: Dobbs v Jackson Women’s Health Organization

This case involves a challenge to H.B. 1510, Mississippi’s ban on abortion after 15 weeks. While this ban does have an exception for the life of the mother and medical emergencies, it does not include exceptions for rape or incest. The state acknowledged in passing this law that it conflicted with the long-standing constitutional right to abortion prior to viability established by Roe v Wade. This case will be the first time that the Supreme Court will hear a challenge to the pre-viability standard since Roe.

The League joined a coalition of seventeen other civil rights organizations in filing an amicus brief to support striking down the law. Our brief outlines the serious harms this ban would put on the women in Mississippi, especially women of color, lower-income women, and women who are the intersection of those two groups who have relied on this long-standing precedent.

Mississippi laws and policies that already severely limit access to basic sex education, effective contraception, and basic reproductive health care have “significantly contributed to the incidences of unintended pregnancy.” The time and cost associated with getting an abortion in the state mean that lower-income women and women of color have depended on the pre-viability standard to give them enough time to “gather funds and navigate inflexible childcare and work obligations in order to access the right.” The extreme inequities created by the state have led to extreme inequities in health care and abortion access as well as education and economic opportunities, all of which combine to perpetuate systemic inequality.

In May 2021, the Texas state legislature passed SB8, placing a ban on abortion after six weeks. Like Mississippi’s law, this ban only creates an exception for the life of the mother and not for rape or incest. Unlike Mississippi’s law, this law creates a new enforcement scheme that allows private citizens to enforce the law instead of state officials. Private citizens are allowed to sue individuals who they believe have violated (or anyone who assisted someone in violating) the ban for at least $10,000.

In response, the League has joined an amicus brief with the Lawyers’ Committee for Civil Rights and ten other civil rights organizations asking the Supreme Court to prevent states from creating this type of enforcement scheme. Our brief outlines the danger that these types of laws present to civil and constitutional rights by preventing courts from being able to review them. States should not be able to deprive people of their constitutional rights just because that right is locally unpopular.

In Iowa, another law presents an instance of a state attacking reproductive health care through a procedural scheme.  In this case, the Iowa legislature passed an anti-abortion bill in the middle of the night, which violated the Iowa state constitution’s guarantee of minimal public awareness and participation under the single-subject clause.

The League has a long history of representing the interests of our members in the democratic process and ensuring the proper procedures are followed. While this amicus brief is not directly about abortion access, the result could encourage legislatures to continue to exclude the public from the legislative process.

The League will continue to fight for access to health care, reproductive justice, and the legislative process. Our dedication to democracy means that we have to fight back when constitutional rights are threatened. We hope that you will join us in these fights.

For those who experience pregnancy, our basic freedoms hinge on our ability to make choices about our reproductive health. Our physical and psychological health, ability to gain and maintain employment, financial resources, and even what we can and cannot eat are all dependent on our reproductive choices.

Blog / September 29, 2021
A majority of people support safe, legal access to abortion. So why is it under threat?