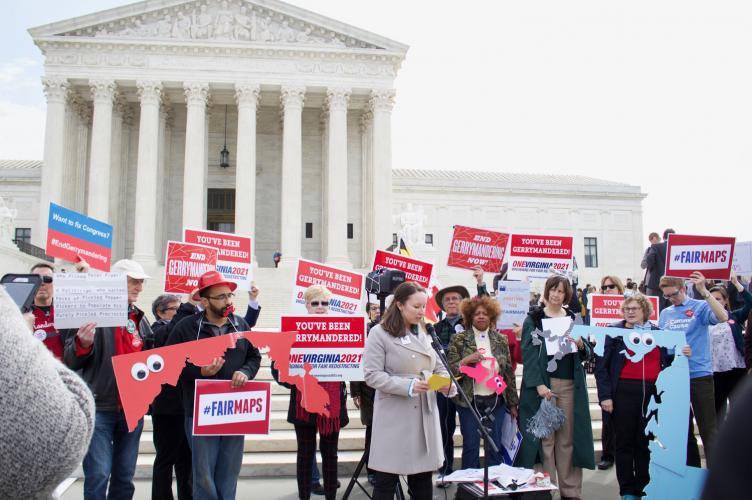 This week the Supreme Court heard oral arguments in Benisek v. Lamone, a case out of Maryland that argues politicians designed the state's congressional map with district lines based on partisan politics. If the court says this partisan gerrymander is unconstitutional, it could have lasting impact on congressional maps nationwide.

As the Justices were hearing the case inside, the League of Women Voters of Maryland organized a rally in front of the Supreme Court. Residents of all eight of Maryland's districts spoke, expressing their frustration that the districts are so spread out, the residents do not have the same interests.

This is not a unique problem in Maryland. Earlier this spring the Court heard a similar case out of Wisconsin where politicians have also drawn political lines to benefit themselves.

When politicians draw lines that give themselves MORE power, it means voters have LESS power.

The League of Women Voters was founded on the principle that every person deserves equal treatment at the ballot box.

The politicians have let us down.

We need the court to say: when the maps are drawn, they must be drawn in a way that reflects the strength of our communities and allows our democracy to thrive.

It is up to the Court to help restore trust in our electoral system and ensure that the voices of all eligible voters will be heard.