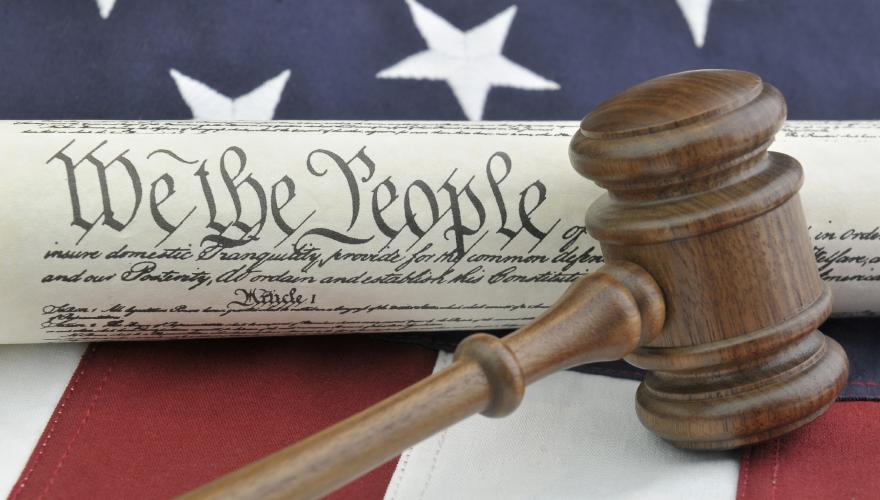 An amicus brief by the League and other concerned organizations pointed out that the Court had already ruled that excessive partisan gerrymandering is unconstitutional and argued that the “people” of the state should be able to protect themselves and their state from this unconstitutional practice. The Leagues of Women Voters of Arizona (PDF) and Illinois (PDF) also joined amicus briefs in support of independent commissions. The League of Women Voters of Arizona supported the original ballot initiative that led to the independent commission and helped lead the fight against the legislature’s challenge.

In the majority opinion, Justice Ruth Bader Ginsburg invoked the Federalist Papers and a key tenet of our representative democracy: that voters select their representatives and not the other way around. Recognizing the problem of partisan gerrymandering, Arizona voters removed the redistricting process from their state legislature and instead created a bipartisan and independent commission to draw fair districts.

This is a tremendous victory for democracy. Drawing the boundaries of legislative districts is too important to leave to politicians… Today, the highest court in the nation strengthened the power of the people to protect themselves from excessive partisan influence and incumbency protection in redistricting. This is a great for democracy and for those that believe in fair, effective representation for all.

The impact of this decision reaches far beyond Arizona. Over a dozen other states, including California, have used a similar independent redistricting process to prevent partisan gerrymandering.