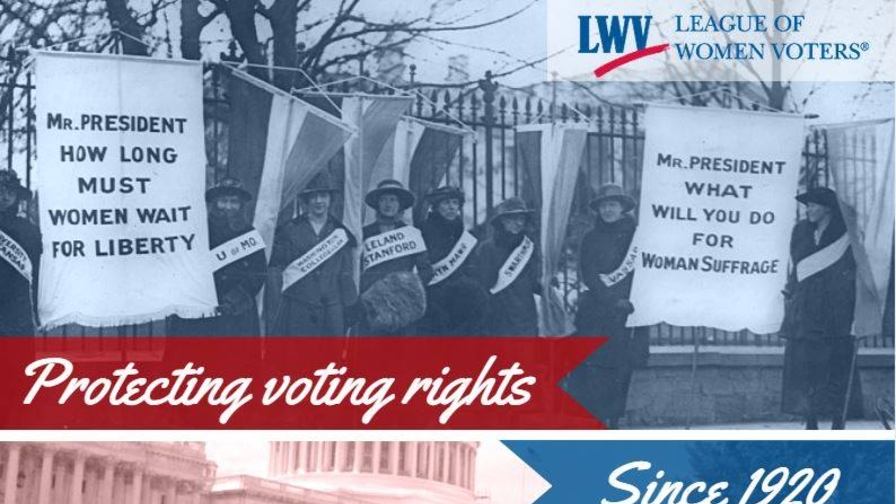 Over the last week, we saw three big wins for voting rights at the state level. It is, we hope, a bellwether of things to come. The assault on voting rights has been a consistent mantra over the past decade in state legislatures across the country. Last week’s wins are all the more impressive because they occurred in states that have been “unkind” to voters in the recent past.

In Virginia, Governor Terry McAuliffe vetoed a bill that would have required absentee voters to provide a copy of their photo ID with their ballot. These requirements would potentially disenfranchise thousands of registered voters who do not have a valid voter photo ID due to disability, age, illness, transportation or financial issues. It is unlikely the state Senate will have enough votes to override the Governor’s veto. The League of Women Voters of Virginia was active in opposing this legislation and sent a letter urging the governor to veto the bill (PDF) referencing a visit the Governor made to a League legislative roundtable in 2013 where he promised to protect voting rights in the state.

In Ohio, at the urging of the League of Women Voters of Ohio (PDF) and other voting rights coalition members, Governor John Kasich used his line-item veto authority to kill language that would have required out-of-state college students who register to vote in Ohio to quickly obtain in-state licenses and/or vehicle registrations in order to vote. This is a victory not only for young voters, but also for those fighting in several states against similar attempts to suppress student voters.

For over 95 years the League has fought for free, fair and accessible elections and our tenacity has paid off. While the assault on voting rights has increased over the past decade, the League has risen to meet that challenge in dozens of states across the country. We’re confident that the rights of voters will prevail, in great part, because the League has been and always will be there to fight for the right to vote for all eligible voters.