Register to vote— get started now at VOTE411.org
By: Jessica Jones Capparell

This morning, U.S. House leadership unveiled a sweeping democracy reform bill that will make elections fairer and put power back in the hands of the American people. HR1, the For the People Act, is a roadmap to solve the problems facing our democracy.

The League worked behind-the-scenes to influence the language of this legislation, including a push to include Same Day Registration. The League announced its support for the legislation in conjunction with a press conference led by Speaker Pelosi and members of the Democratic Caucus unveiling the legislation.

The American election system should be free, fair, and accessible to all eligible Americans. HR1 and its comprehensive package of democracy reforms is what we need to put our democracy back in the hands of the people. 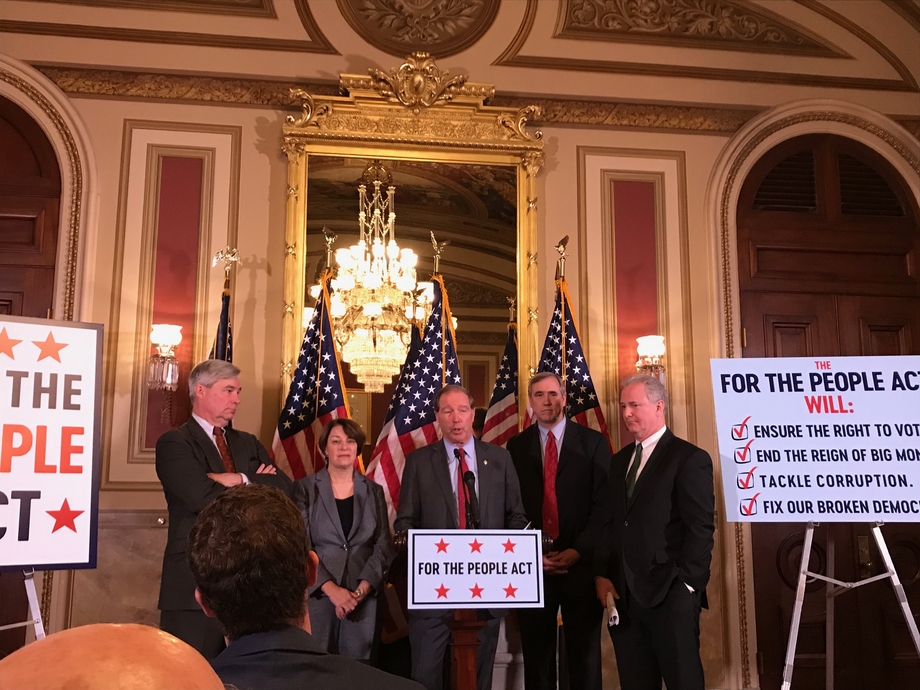 The League was proud to attend today’s announcement of this landmark legislation. We look forward to working with the U.S. House as it holds hearings and mark-up on this bill. We urge all Representatives to support and vote for this bill when it comes to the floor of the U.S. House. And we urge the U.S. Senate to move this legislation forward when it reaches them.

Voters sent a clear message in the 2018 elections that they are ready for bold, comprehensive democracy reforms—and HR1 is the U.S. House’s response regarding the path forward. It’s now up to the League, our members, and activists across the country to ensure it moves forward.

Massachusetts lawmakers weigh on making changes to voting accessibility due to COVID permanent.