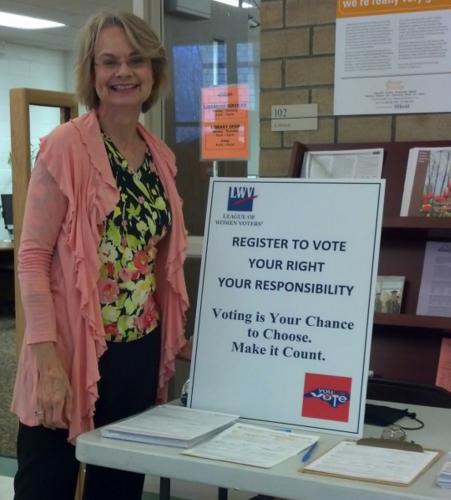 EDITORIAL NOTE: This guest blog was written by Brenda Rogers, member of the Board of Directors of the League of Women Voters of North Carolina

In 2013, North Carolina enacted one of the worst, most comprehensive voter discrimination laws in the country. That 57-page law, which reworked almost every part of North Carolina’s election laws, created a very strict photo identification requirement for voters, starting in 2016. The League of Women Voters of North Carolina (LWVNC) challenged parts of this new law in federal court and challenged the voter photo ID requirement in state court under our state constitution.

In late January, members of the League of Women Voters of North Carolina attended the hearing where our attorney with the Southern Coalition for Social Justice asked a judge in North Carolina to rule that the ID requirement was an “added qualification” on the right to vote. Last Friday, the judge released his opinion. Ultimately, he declined to rule whether the ID requirement was an added qualification, but he also rejected the state’s attempts to get the case dismissed. This case will go to trial this July, and the League along with our partners plan to show that hundreds of thousands of North Carolinians without acceptable photo identification will face obstacles when attempting to exercise their constitutional right to vote due to this requirement.

State constitutions can serve as important sources of rights for voters and North Carolina’s constitution is no exception. It is crystal clear on the qualifications required to vote and furthermore states: “Every person born in the United States and every person who has been naturalized, 18 years of age, and possessing the qualifications set out in this Article, shall be entitled to vote at any election by the people of the State, except as herein otherwise provided” (Article VI, Section 1).

However, the legislature sought to add a qualification to vote when it required a voter to have one form of ID from a very small list of acceptable photo IDs. Research consistently shows that voter ID measures inhibit voting access especially for minority, low-income, women and elderly voters. Under North Carolina’s current law, student photo IDs are unacceptable, while out-of-state drivers’ licenses are valid for only 30 days after moving to North Carolina. Older adults in rural areas who were born at home may lack a birth certificate and will have great difficulty obtaining a valid photo ID under the new requirement.