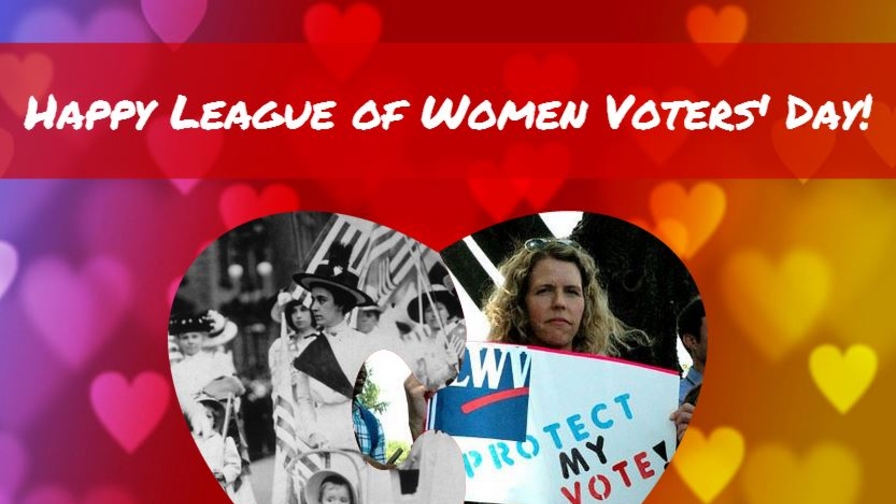 February 14th isn’t just Valentine’s Day – it’s also League of Women Voters’ Day! The League was founded by suffragist Carrie Chapman Catt on February 14, 1920. Catt was instrumental in helping pass the 19th Amendment, which secured women the right to vote. Ever since, the League has been at the forefront of efforts to strengthen our democracy, including registering and educating voters.

Prior to passage of the 19th Amendment, suffragists used holidays like Valentine’s Day to promote the cause of “Votes for Women.” The National Woman Suffrage Association (NAWSA), the League’s predecessor, even created its own suffrage postcards!

In honor of League of Women Voters’ Day on February 14 – and that lesser known holiday, Valentine’s Day – here are seven vintage suffrage Valentines to remind us of the importance of the vote, both in 1920 and today.

This Valentine by American illustator Ellen Clapsaddle was created in 1918, two years before passage of the 19th Amendment.

A valentine sent to Rep. Edward William Pou, a delegate to the 1916 Democratic National Convention, imploring him to support women’s suffrage.

This 1916 Valentine attempted to court men by suggesting that women loved and respected men who supported suffrage.

Rooted in the women’s suffrage movement, the League is proud to continue our voter education work today. Every year, Leagues across the country register tens of thousands of voters. In 2014 alone, over 1.5 million people used VOTE411.org, the League’s one-stop-shop for election resources, to find the information they needed to vote.

Inspired by these suffrage Valentines? Celebrate the League’s 95th anniversary by sharing our Valentine on Facebook to remind your loved ones register to vote!