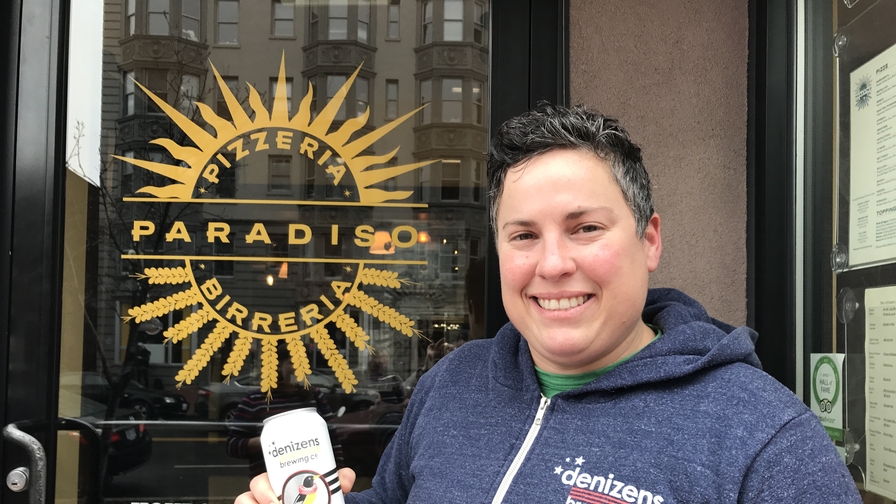 When Ruth Gresser first heard about the Women’s March on Washington planned for January 21, she wanted to make sure Pizzeria Paradiso—her restaurant and a DC institution—would do its part on that historic day.

At the same time, Julie Verratti—whose Silver Spring, Maryland-based Denizens Brewing Company beers flow from the taps of restaurants across the District—knew it was time for her women-owned company to step up.

That’s why on Saturday and Sunday, all three Pizzeria Paradiso locations will tap kegs of Denizens Brewing Company’s Lowest Lord beer in honor of the Women’s March. The restaurant will donate a portion of proceeds from each 12-ounce $5-pour to The League of Women Voters.

“My mother was involved with the League when I was a teenager,” said Gresser, who was raised in nearby Baltimore. “I believe women are a strong political force and the League has been supporting that for close to 100 years.”

“This is very much a joint venture,” said Verratti, co-owner of Denizens Brewing Company. “We are always looking to partner with great local business and give back to important causes where we can.”

Founded in Silver Spring, Maryland in 2014, Denizens Brewing Company is the only female-owned brewery in the state.

“Voting rights are important to me,” Gresser added, “and that’s why we decided to support the League of Women Voters - because of the important work that you do.”

Whether you’re marching or not, swing by Pizzeria Paradiso for a pint of Lowest Lord and toast the League!