Register to vote— get started now at VOTE411.org
By: Kayla Vix

This Women’s History Month, we’re taking a look back through our own organization’s history to highlight some of our most prominent members. Each of them made great strides toward a more perfect democracy, both in their League work and in their own political work. Their accomplishments inspire us to continue toward the same goal. 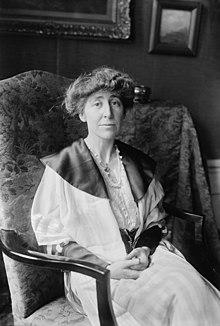 Jeannette Rankin
Not only was Congresswoman Jeannette Rankin the first woman to hold federal office in the United States, but she was elected to Congress in 1916—before women had even achieved nationwide suffrage. As a Representative, Rankin was instrumental in the creation and passage of the 19th Amendment. She lobbied as a representative of the National American Women’s Suffrage Association (NAWSA), the organization that would become the League of Women Voters. A dedicated pacifist throughout her life, Rankin never swayed from her convictions even through the harshest criticism. 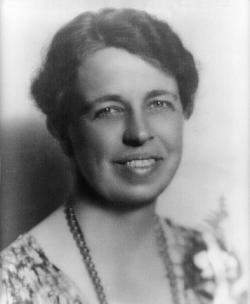 Eleanor Roosevelt
One of the most active high-profile members of the League of Women Voters, Eleanor Roosevelt served as the League’s vice president for legislative affairs in the 1920s, helping to establish the League’s policy agenda. She remained politically active during her time as First Lady, a role in which she worked to empower women’s participation as political leaders, supported anti-lynching campaigns, and fought for fair housing for people of color. Roosevelt touted the League as a leader in engaging women with politics, saying, “The League of Women Voters trains good citizens who have a sense of responsibility about what goes on in their locality, in their state, and in their nation.” 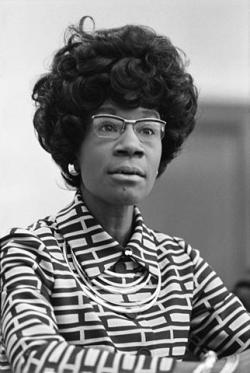 Shirley Chisholm
Shirley Chisholm began her life of community activism in the 1960s by joining organizations working against discrimination in the civic space, one of which was her local Brooklyn, NYC, League of Women Voters. Chisholm would go on to become the first African American woman in Congress and the first African American woman to run for president. Despite all the discrimination--even violence--she faced throughout her public life, Chisholm characterized her work with an appreciation of her distinct voice as a woman of color. One quote of hers continues to inspire League work today: “If they don’t give you a seat at the table, bring a folding chair.” 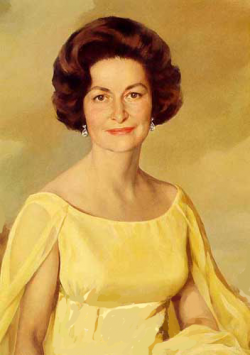 Lady Bird Johnson
Lady Bird Johnson is most well-known for being First Lady of the United States from 1963 to 1969, a role which she redefined by actively involving herself in politics. She was the first FLOTUS to employ her own press secretary and chief of staff. Breaking from tradition, she embarked on solo campaigns for legislation like the Civil Rights Act and the Highway Beautification Act. And she was a League of Women Voters member while in the White House. Johnson and her husband addressed members at the League’s national convention in Pittsburgh in 1964, where Lady Bird declared that the League’s work had a major influence on “Lyndon's own determination to give women a better break in government.” 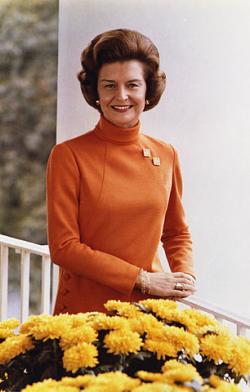 Betty Ford
Another very politically active First Lady was Betty Ford, who served in the White House from 1974 to 1977. Ford was a member of the Grand Rapids, Michigan, League, to which she faithfully sent her membership dues while in the White House. She is well-known for her activism for women’s rights and for raising awareness of breast cancer after being treated for the disease herself. Ford was also a strong advocate for the Equal Rights Amendment, and in 1982, she famously said, "I don't accept the ERA vote as a loss; we simply haven't won yet." Today the League is still fighting for an Equal Rights Amendment. 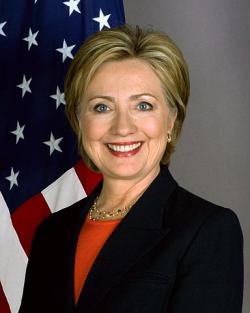 Hillary Clinton
Former Secretary of State Hillary Clinton made a big splash in the League at a young age. At 22 years old, she gave the banquet address at the League’s 50th anniversary national convention. She was awarded this high honor due to her League work in youth and community involvement and her academic projects in law and social action. As the first woman to receive her major party’s nomination for president, she came as close to the highest office as any woman to date, inspiring countless young girls through her advocacy in communities and around the world.

The League is proud to call these exceptional women fellow members and sisters in the movement. We continue to work for increased representation for women at all levels of government. We believe now, as ever, in the power of all women to create a more perfect democracy.

Women possess unbridled power to effect change, especially at the grassroots level. But there are many admirable women that history books often fail to recognize.

How the League will be celebrating Women’s History Month, including honoring the great work women have done to strengthen our country and democracy.