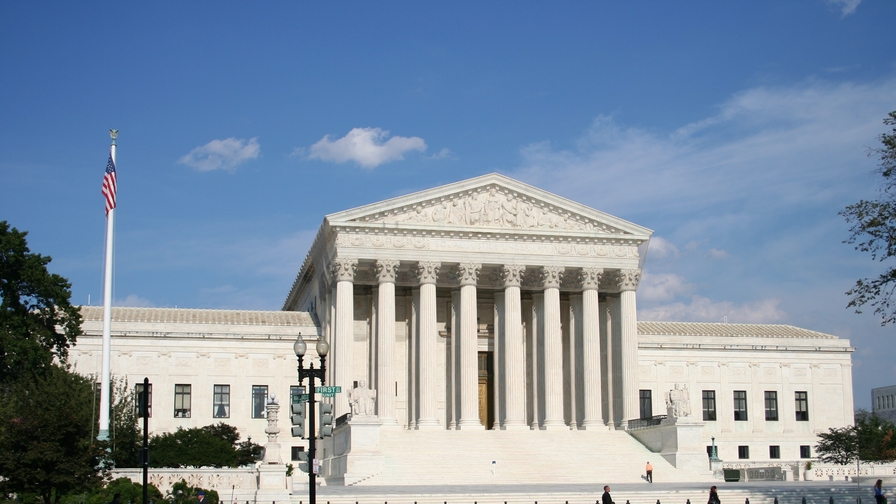 Not everyone is familiar with the work the League does in the courts. But advocacy in the judicial branch is a key part of the League’s overall efforts. Here at the League of Women Voters of the United States (LWVUS), we take action with all three branches of government. In Congress, we work to support or oppose legislation, like our recent opposition to the Omnibus Appropriations bill due to bad campaign finance provisions. We also work in the Executive Branch to advocate for different policies, like the Environmental Protection Agency’s (EPA) proposal to regulate carbon pollution. But in addition, we also work to bring forward the League’s positions in the judicial branch of government.

This year, the League has already submitted three amicus briefs in the U.S. Supreme Court covering a variety of our priority issues. We expect the rulings in each case later this year.

On January 20, 2015, the League weighed in on an important campaign finance case, Williams-Yulee v. The Florida Bar, focusing on the constitutionality of a state prohibition on the direct solicitation of campaign donations by candidates for judicial office. The brief, joined by LWVUS and the League of Women Voters of Florida, argues in favor of the prohibition because the public must have confidence in the independence and impartiality of judges.

The League also worked with other concerned organizations on a critical redistricting reform case, Arizona State Legislature v. Arizona Independent Redistricting Commission. The state legislature in Arizona is challenging the constitutionality of the state’s independent redistricting commission created by popular vote through a ballot initiative. Redistricting reform could be set back if the U.S. Supreme Court determines that independent redistricting commissions violate the federal Constitution. The amicus brief on behalf of the League and other concerned organizations points out that the Court has already ruled that excessive partisan gerrymandering is unconstitutional and argues that the “people” of the state should be able to protect themselves and their state from this unconstitutional practice. This case will be argued on March 2, 2015.

Finally, the League has joined an amicus brief in King v. Burwell, which will be heard by the Supreme Court on March 4. This case is the latest challenge to the Affordable Care Act (ACA) and it will determine whether tax-credit subsidies can be provided to applicants for health insurance through the federally-facilitated health exchanges or just to those using an exchange established directly by a state. If the Court blocks tax subsidies to applicants from the states using the federally-facilitated exchanges, the underpinnings of the ACA will be in danger. The brief joined by the League focuses on the impact of the ACA on women's health, and how the tax subsidies are essential to women's health and critical to the ACA's continued viability.

The League’s advocacy work in the courts, just like our lobbying in Congress and with the Executive, is all about building our influence in the political process. After 95 years, the League continues to be a voice for citizens and a force for change at all levels of government and in all branches. That’s who we are and what we do.