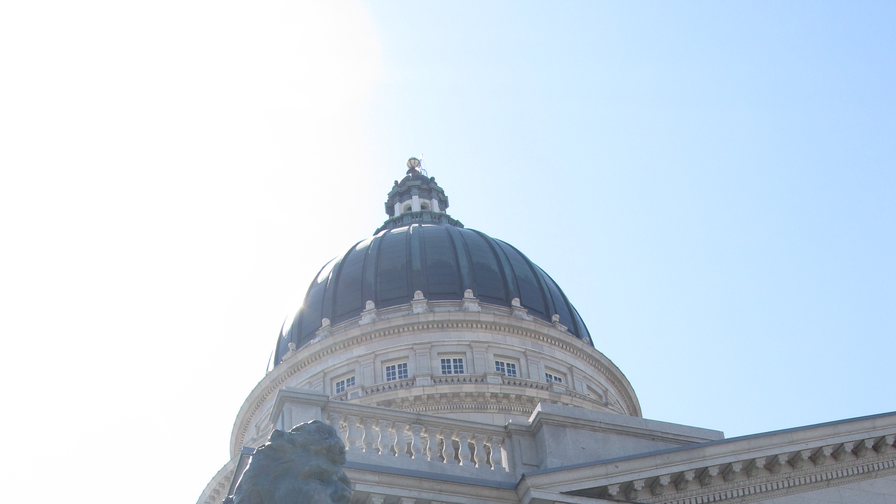 EDITORIAL NOTE: This guest blog post was written by Jenn Gonnelly, co-president of the League of Women Voters of Utah.

This trend does not do justice to our state, whose initial fight for suffrage was at the forefront of the fight across the country. It all started in 1870 when the leaders of the Utah territory granted women the right to vote.

After a long tumultuous journey westward the Mormon pioneers entered the valley that is now Salt Lake City on July 24, 1847. It is worth noting that Mormons, followers of a new upstart religion formed in New York in 1830, weren’t particularly popular across the country at the time and because of that had found themselves driven out of a few mid-west cities while looking for a place to settle. Once in the Utah, territory life was hard as there was little water for crops and cold winters to be braved. As the Mormons traveled across the country and then built a new city, women had been working alongside men so it seemed only natural to the early territorial leaders that women should be enfranchised to participate fully in the building of this new territory. In 1870, just one year after the Wyoming territory was the first to grant women the right to vote, Utah followed suit.

It may also be fair to say that concerns about the outside world encroaching on the Salt Lake valley and Utah territory also prompted the early leaders to accept universal suffrage. Like it or not, polygamy did play a part in suffrage in Utah. Leaders were likely interested in having the women’s vote if a referendum were to come up regarding the practice of polygamy.

In fact in Utah evidence of the tension was shown by the existence of two competing women’s papers: the Woman’s Exponent and the Anti-Polygamy Standard. The Woman’s Exponent was closely aligned with the Mormon church, and was pro-polygamy and also pro-women’s suffrage, while the Anti-Polygamy Standard took the opposite position on both issues. Additionally, the 1856 platform of the Republican Party platform decried the practice of polygamy. In 1887 the Edmunds-Tucker Act was passed by Congress in response to the dispute between the United States Congress and the Mormon church regarding polygamy. In addition to outlawing polygamy in the territories, it also disenfranchised women.

Women in Utah were determined to get the back their vote and worked with national leaders in the suffrage movement. On May 15, 1895 the Ogden Standard Examiner reported that a “large room was packed to suffocation” to hear Rev. Anna Shaw speak, and that “during this address, the hall had become so crowded that a portion of the audience adjourned to an overflow meeting, addressed by Miss [Susan B.] Anthony…Miss Anthony…congratulated the people of Utah upon the noble work already accomplished and advised them to work wisely and carefully and after a while their labors would be crowned with success by the obtaining of statehood.”

In 1896, a suffrage clause in the new state constitution, adopted when Utah was granted statehood, restored the right to vote to women, over 20 years before it would be available to American women nationwide. In a much publicized election that year, the nation’s first female state senator, Martha Hughes Cannon, was elected. Suffrage activist and editor of the Woman’s Exponent, Emmeline B. Wells and Cannon's husband were among the Republicans running against her for the office. The Salt Lake Herald editorialized: "Mrs. Mattie Hughes Cannon, his wife, is the better man of the two. Send Mrs. Cannon to the State Senate and let Mr. Cannon…remain at home to manage home industry." Local newspapers also gave play to the fact that a leading Mormon polygamist was defeated by his fourth wife.

When interviewed by the same paper after the election Senator Cannon said “Ah, the first woman senator. I hadn’t thought of it in that light. I do seem to be a sort of milestone, don’t I? Well, I will have to try to live up to my privileges.”

I think it is very safe to say that more than 100 years past when Senator Cannon spoke those words there is still so much to do, and we in the League of Women Voters of Utah are trying hard to live up to the privilege that she left to us.