Register to vote— get started now at VOTE411.org
By: Sarah Courtney

Celebrating Women’s History Month with the Powerful Women of Congress

Earlier this month, the League of Women Voters of the United States hosted a reception for the female members of Congress to celebrate the record number of women serving in the House and Senate this year. We were proud to hold this event during Women’s History Month at a time when women are making an important mark on our democracy.

Just the week before our celebration in the Capitol, the For the People Act passed the U.S. House of Representatives with overwhelming support from female representatives. This democracy reform bill will make our elections fairer and put the power back in the hands of the American people. The League was proud to help shape the bill’s language, including in provisions for public campaign financing that will benefit future female candidates for office by leveling the playing field for fundraising.

We were honored to hear from five female members at our event, three of whom are members of their local Leagues. As our national board president Chris Carson said, "Women bring a different voice to the table." Now that there are more women at the table than ever before, it is our job to make sure those voices are heard and that we build on this success for future female leaders.

Check out some highlights from our LWVUS leaders and the women of Congress: 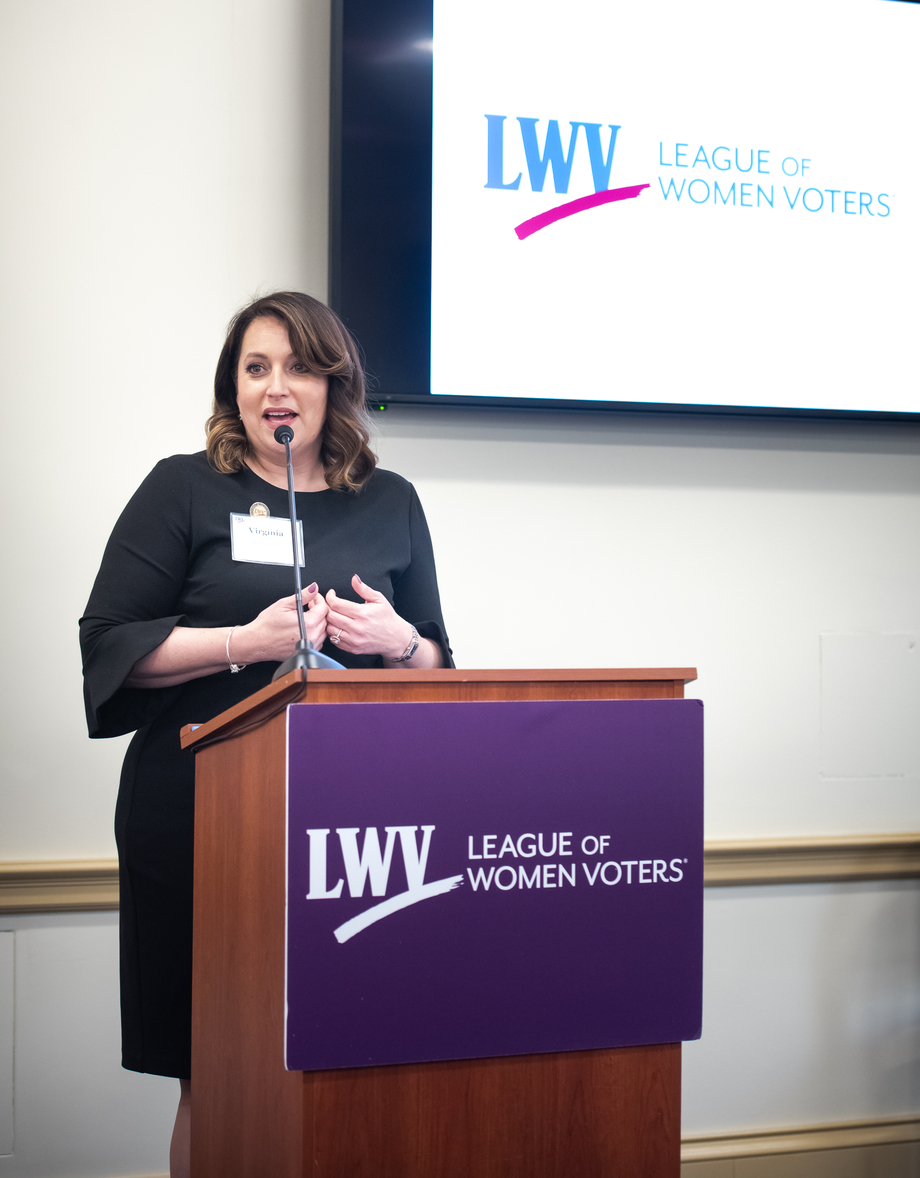 "Because you had the courage to run, today, so many women are serving in the highest and most powerful leadership roles in the highest levels of government, in greater numbers than ever before. And because of you, there are little girls out there who will believe that they too one day will change the world." 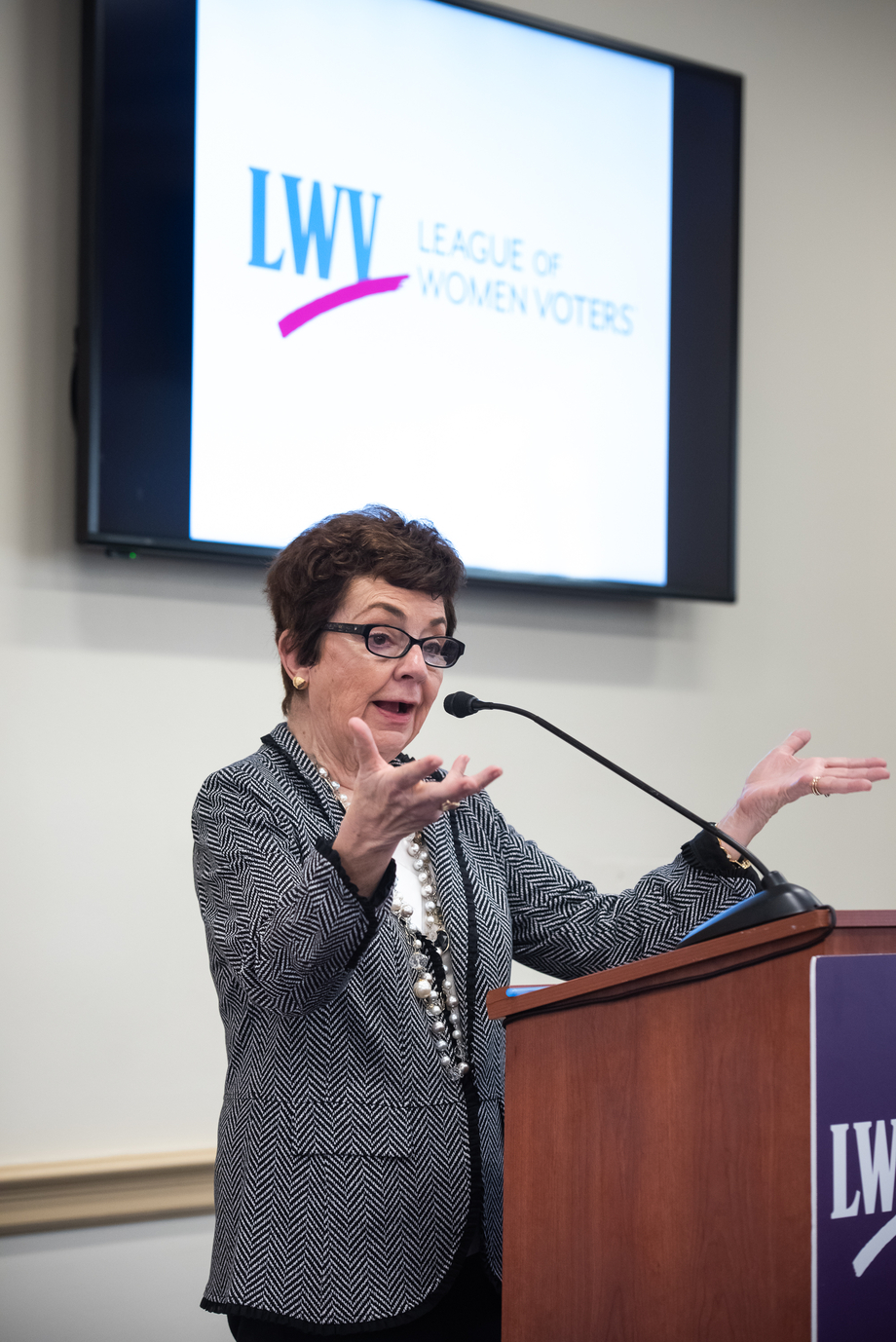 "Small dollar donations is not only good for democracy, it really helps to ensure that more and more women will have the opportunity to get elected now and in the future because we need more women elected to every type of office." 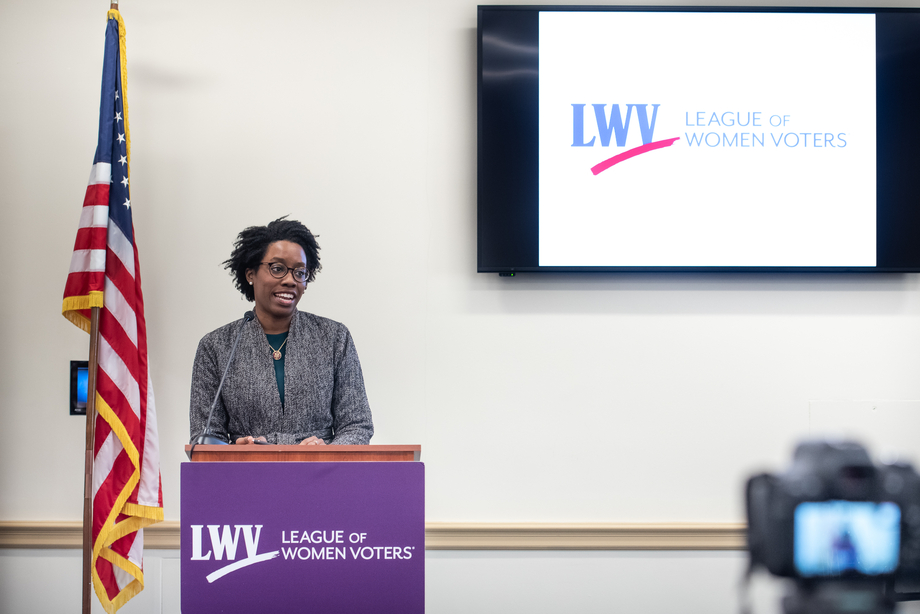 "When I encountered the dynamic, the persistent, the incredibly organized, incredible women of the League of Women Voters...I knew I had come across a tribe of democracy defenders." 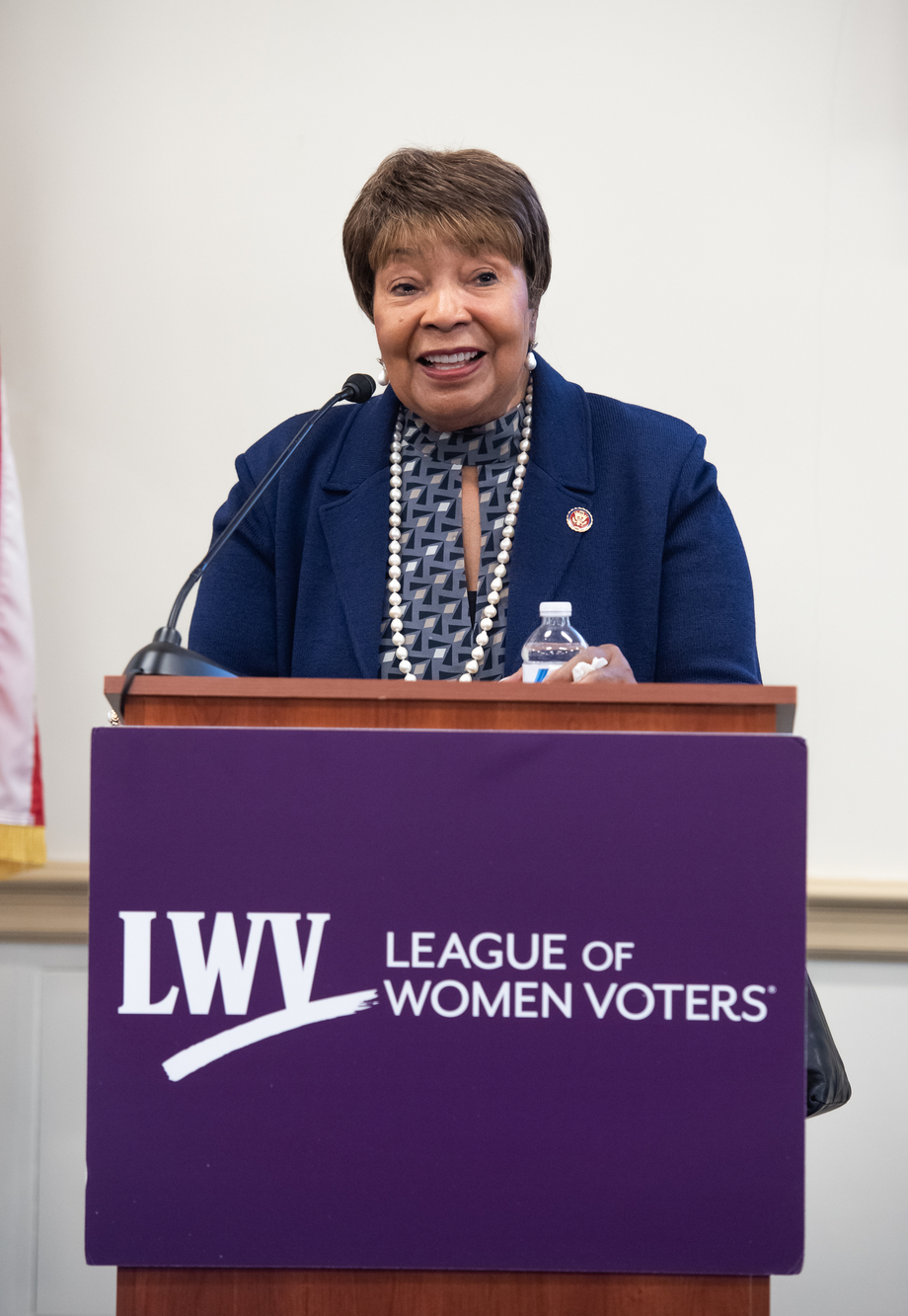 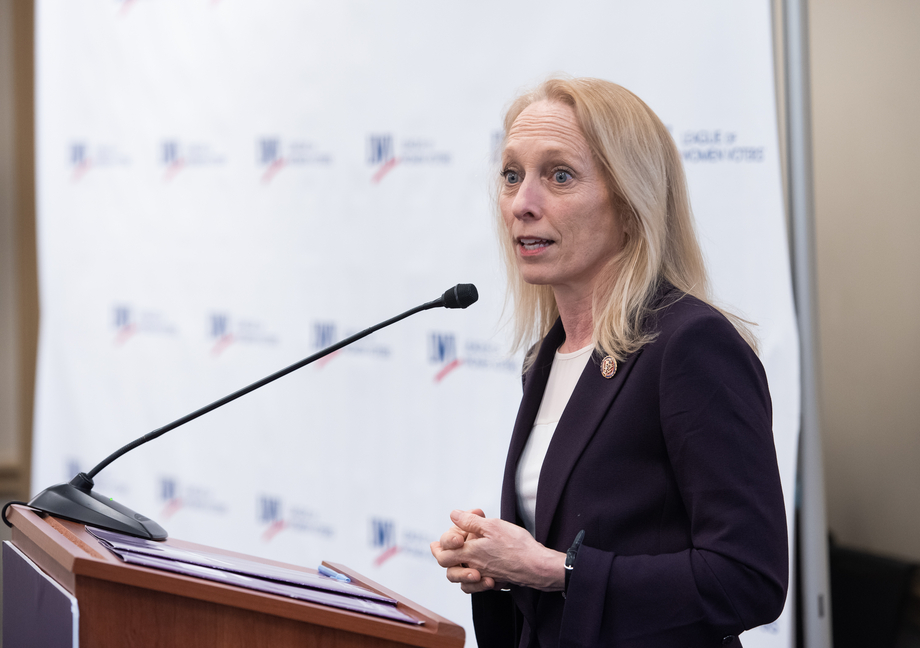 "I represent Pennsylvania’s new 5th congressional district…Thanks to the League of Women Voters, we now have compact, continuous, and constitutional districts." 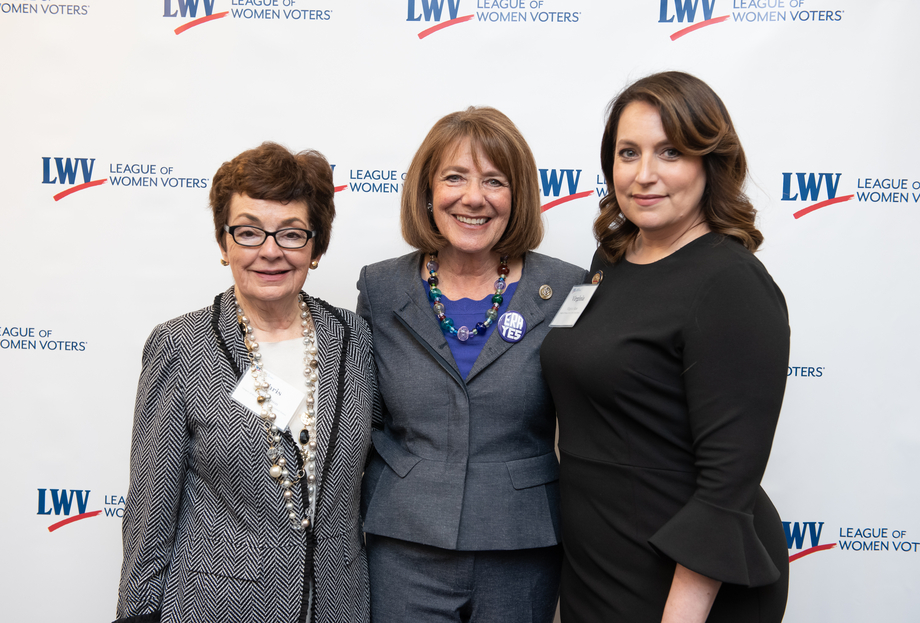 "…Thank you all for being in League and for watching all of these wonderful women come in. We are 127 women today. And so that’s a great number…[but] that’s only 24% of the Congress. What we need now is 50%." 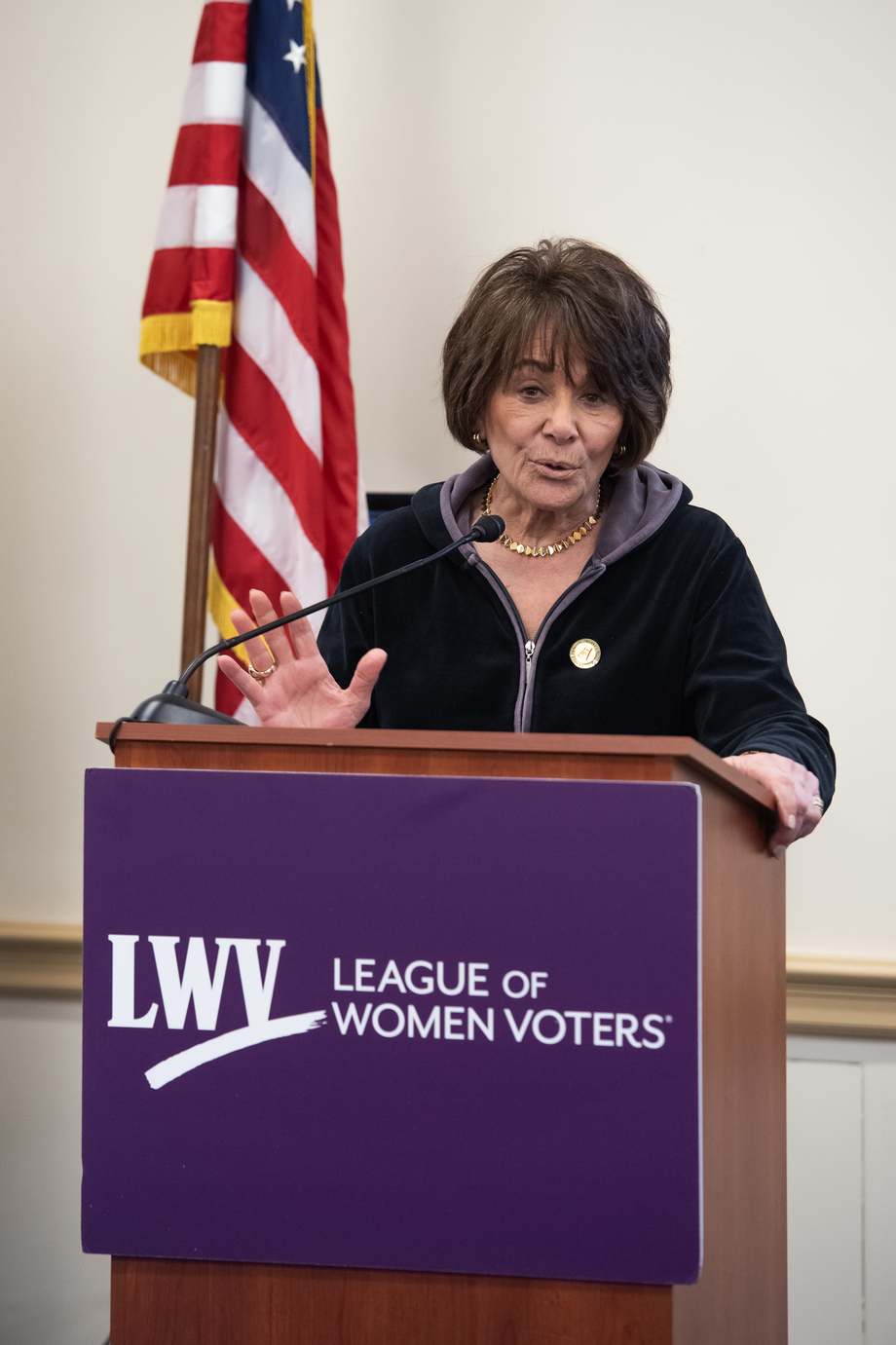 "You are the gold standard to the members…the LWV enjoy a status in communities all over the country, what you put out, information you put together is something that is trusted by the voters...As long as we have a vibrant League of Women Voters across the country, then our democracy is going to thrive."

You can watch the full remarks from League leadership and these members of Congress on our Facebook page in Part 1 and Part 2 of this event.

Watching the passage of H.R. 1, the For the People Act, was a spectacular experience. The League worked to build support for this legislation and shape the bill’s language.