Register to vote - get started now at VOTE411.org
View All Action Alerts
By: Virginia Kase Solomón

Last week, Brent Staples of the New York Times published an op-ed titled, How the Suffrage Movement Betrayed Black Women. The League of Women Voters was not mentioned in the piece, but we should have been.

The League was founded in 1920—just months before the ratification of the 19th Amendment—by American suffragist Carrie Chapman Catt. Catt was a complicated character, a political operative, and by modern standards, yes, racist. While fighting for the 19th Amendment and lobbying Southern senators, she famously claimed, “White supremacy will be strengthened, not weakened, by women’s suffrage.”

These remarks are sometimes brushed over as a sign of the times or a political strategy. But actions speak louder than words, and our organization was not welcoming to women of color through most of our existence.

Even during the Civil Rights movement, the League was not as present as we should have been. While activists risked life and limb to register black voters in the South, the League’s work and our leaders were late in joining to help protect all voters at the polls. It wasn’t until 1966 that we reached our first position to combat discrimination. Still, our focus on social policy was from afar—not on the front lines.

Today, we acknowledge this shortcoming and that we have more work to do.

The League of Women Voters serves millions of voters in underrepresented communities across America every year, but as an organization, our membership does not always reflect the communities we serve. As we approach our 100th anniversary, we are not only striving for better, we will do better. 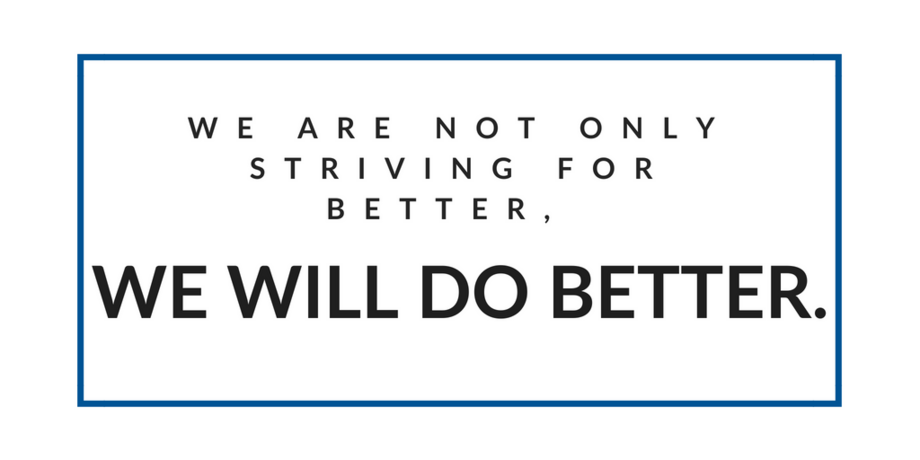 We are having tough conversations about race in this country—and making sure that as an organization we confront our place in history. African Americans were shut out of the vision of the League. As we continue to grow our movement, we acknowledge our privilege and must use our power to raise the voices of those who haven’t always had a seat at the table.

We have embraced a new Diversity, Equity, and Inclusion policy. We know policy alone does not solve a problem. The League is committed to living our values and prioritizing inclusion.

We hope that as an organization we offer and nurture a diverse, equitable, and inclusive environment that is welcoming to all who are drawn to our mission and wish to make a positive impact.

Today, we invite all people, regardless of gender, gender identity, ethnicity, or race, to join us as we commit to righting the wrongs of our past and building a stronger, more inclusive democracy.