Tuesday, January 31, the House Judiciary Committee held a hearing on HR1, the For the People Act. This was the first Congressional hearing on the bill and the inaugural hearing for the 2019 Judiciary Committee. I was privileged to be among the many attendees as part of the League’s role in the Declaration for American Democracy Coalition, which works to influence many provisions of HR1 and continues to support and advocate for the legislation. The enthusiasm surrounding the For the People Act is strong. As one representative remarked before Tuesday’s hearing, this was the largest crowd he had ever seen for an inaugural Judiciary Committee hearing. 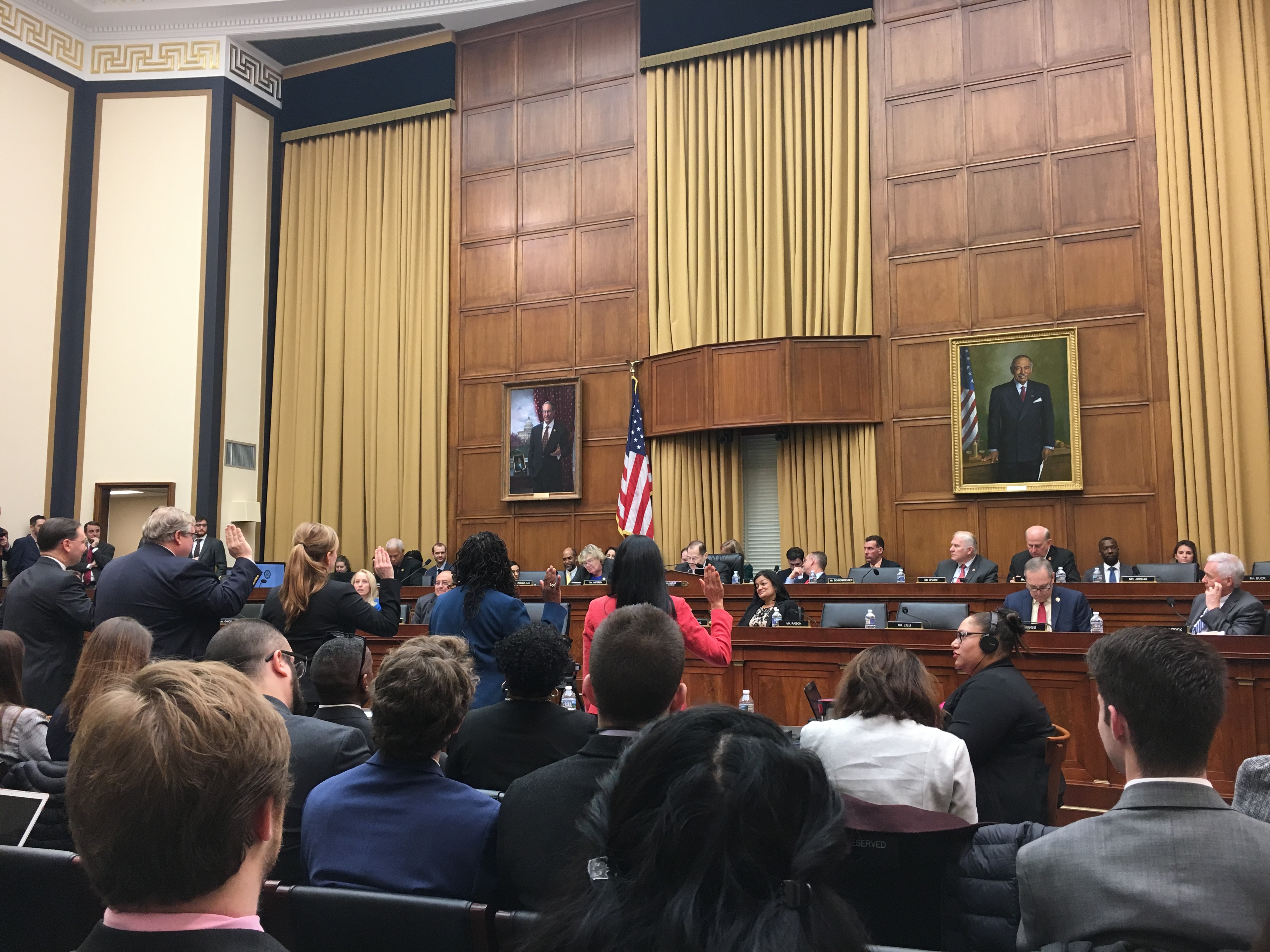 1.    Voter registration expansions will help millions of Americans participate in the electoral process who otherwise would face difficulty or discouragement in doing so.

Two major provisions of HR1 that the hearing focused on are Automatic Voter Registration (AVR) and voting rights restoration for those who have completed felony sentences. Both have strong support among voters nationwide. Fifteen states and D.C. have already approved AVR, and the League has advocated expanding AVR nationwide. Many states restore voting rights to former felons, and most recently Florida voters passed a ballot measure to do so in a move that restored voting rights to 1.4 million Floridians. The Florida League of Women Voters worked tirelessly to include this measure on the ballot and advocate for its passage. But these laws are not universal, making the registration process confusing for new voters. HR1 will make these provisions equally applied across the country.

Another key registration expansion in HR1 is Same Day Registration (SDR), or Election Day Registration, which the League pushed very hard to include in the bill.  SDR is vital to ensure that voters can cast a ballot if they encounter issues with their registration status when they arrive at their polling place. Currently, 17 states and D.C. offer SDR—HR1 would make it universal.

2.    Election protections and expanded voter access will remove barriers to voting faced by the most vulnerable populations.

As witnesses Sherrilyn Ifill of the NAACP Legal Defense Fund and Vanita Gupta of the Leadership Conference on Civil and Human Rights testified on Tuesday, we’ve seen countless cases of discrimination in voting access since the gutting of the Voting Rights Act (VRA) in 2013. An increase in voter ID laws, cuts to early voting, closed polling places, and other suppressive tactics have created barriers for people of color, the elderly, and the disabled. HR1 restores the protections of the VRA that require federal preclearance for voting changes like the closing of polling places. The League has fought for the full restoration of the VRA since the decision in Shelby v. Holder, contending that its provisions are carefully crafted to prevent discrimination before it occurs.

Other critical measures in HR1 include expanding early voting, and establishing colleges and universities as voter registration agencies. It’s easy to see why so many voting rights organizations endorse this bold, comprehensive legislation.

Gerrymandering was cited repeatedly in the hearing as another phenomenon that harms democracy. As Sherrilyn Ifill testified, “Democracy means no one group has all the power at one time.” When district lines are drawn by the party in power, they can be intentionally manipulated to keep that party in power, even when voters choose otherwise.

This is why the League has fought for fair maps in North Carolina, Ohio, Pennsylvania, Michigan, and many other states. HR1 establishes independent redistricting commissions to draw Congressional districts in each state, eliminating the influence of party politics in this vital process.

It was a privilege to attend this hearing and see the arguments for HR1 fall in line with what Americans know: that everyone deserves a voice in our democracy. The For the People Act is a huge step forward for democracy, and all legislators should support it.

The first bill introduced by the 116th Congress will make our election system more free, fair, and accessible to all eligible Americans.

The League sent a letter to members of the U.S. House of Representatives addressing HR1 as the bill needed to heal our country.