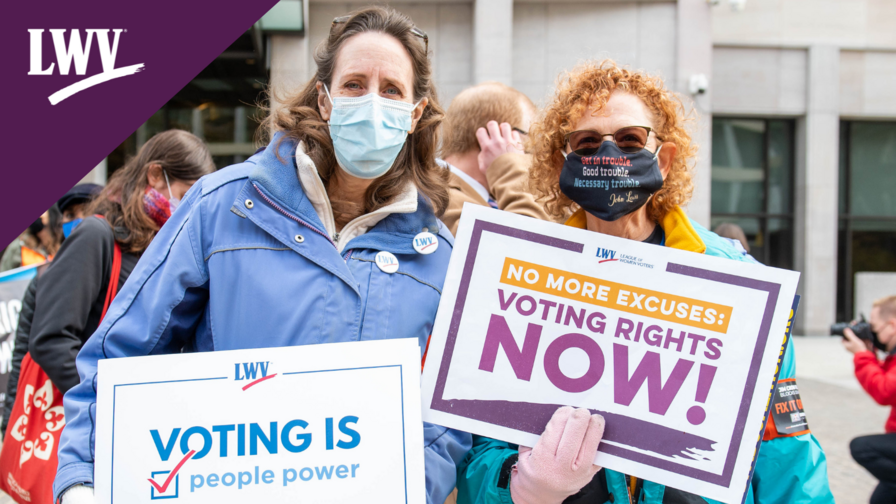 Written by Betsy Lawson, formerly a senior lobbyist at LWVUS

Many of the League of Women Voters’ legislative campaigns take years to pass Congress. One exception was the reauthorization of the Voting Rights Act (VRA) in 2006. The Fannie Lou Hamer, Rosa Parks, and Coretta Scott King Voting Rights Act Reauthorization and Amendments Act of 2006 moved quickly through Congress with strong bipartisan support. The speed of passage showed our country’s bipartisan support of voting rights, support which has dwindled in recent years.

The Voting Rights Act originally passed Congress in 1964. It was a landmark civil rights bill that provided federal protections against state laws, primarily in southern states, which discriminated against voters, particularly Black voters.

The bill was introduced on May 2, 2006, and passed the House Judiciary Committee on May 22, the full House by a vote of 393 – 33 on July 13, and then the Senate by a vote of 98 – 0 on July 21. That same day, President George W. Bush spoke to the NAACP convention and vowed to sign the bill, which he did on July 27, 2006. In under three months, the VRA reauthorization had gone from being introduced to becoming law.

The legislation reauthorized the VRA for 25 years and was cosponsored by 152 House members, including Dennis Hastert, speaker of the House, and Nancy Pelosi, minority leader.

In anticipation of the bill’s introduction, hearings were held around the country. Americans provided thousands of pages of testimony to support reauthorization of the VRA, including instances where the law had helped preserve voting rights and descriptions of continuing problems that needed to be addressed. 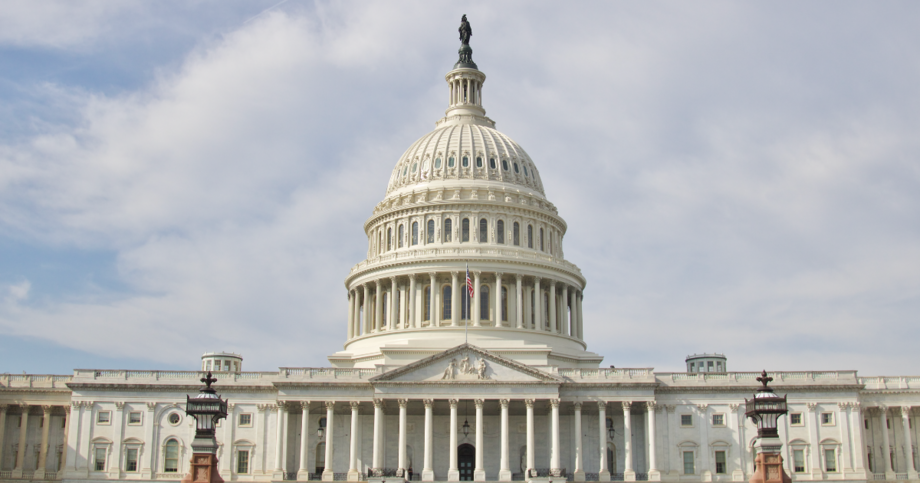 Shelby v. Holder and the Growing Threat of Anti-Voter Laws

Yet seven years later, everything changed when the Supreme Court delivered a harsh blow to the VRA and voting rights. Having failed in Congress, opponents of the VRA turned to the courts. In the 2012 – 2013 term, the Supreme Court heard the case of Shelby County v. Holder, in which the plaintiffs argued that the VRA was outdated and no longer needed. Specifically, they focused on Section 5, which requires that jurisdictions with a history of discrimination submit all proposed voting law changes to the Department of Justice or a DC federal district court, and Section 4b, which determines the jurisdictions covered by section 5.

The LWVUS and the League of Women Voters of South Carolina (LWVSC) signed on to briefs in support of the VRA.

Despite evidence that the VRA was still essential, the court sided with its opponents by a vote of 5 – 4, with Chief Justice Roberts writing the decision. The majority ruled Section 4b of the VRA unconstitutional, which in turn weakened Section 5. They argued that Section 4b relied on outdated information from a 40-year-old formula, thereby rendering it unenforceable.

Almost immediately, states and local governments began to roll back voting rights protections and pass laws that were designed to suppress voting rights. Without the requirements of Section 5, they were free to do so. Since then, these laws have proliferated, and include strict Voter ID requirements, the increasing closure of polling places, and widespread purges of voters from state and local voter rolls. These laws often have a disproportionate impact on voters of color, low-income voters, and women.

The League of Women Voters has spent the intervening years with state Leagues challenging these laws in the legislatures and the courts. At the same time, the LWVUS has been at the forefront of lobbying for legislation that would reauthorize and modernize the VRA. This year, the John Lewis Voting Rights Advancement Act, which would restore key components of the VRA, passed the House but hit a roadblock in the Senate.

What makes the Senate's failure to pass this legislation particularly confounding is that 17 of the senators who rejected it voted for the 2006 VRA reauthorization. They include Senators McConnell, Grassley, Shelby, Crapo, Collins, Burr, Inhofe, Graham, Thune, Cornyn, Blackburn, Blunt, Boozman, Capito, Moran, Murkowski, and Wicker.

When challenged on this point, McConnell stated that the new legislation was “unnecessary.” Senators Collins and Cornyn claimed that the newer legislation was partisan. Only Senator Murkowski has been willing to work with other senators to try and find common ground. None of the other senators has chosen to even offer a substantive critique of the John R. Lewis Voting Rights Advancement Act.

It’s clear that the fight for the VRA will take much longer than the 2006 reauthorization. The League will continue our work to reauthorize and update the VRA, while challenging attempts in the states to suppress the right to vote. To quote LWVUS CEO Virginia Kase Solomón, “This fight is not yet over. We will not back down, and we will not quit, until every voter can safely participate in free and fair elections.”

The League of Women Voters of the United States CEO Virginia Kase Solomón issued the following statement following the 49–51 Senate floor vote on the Freedom to Vote Act.