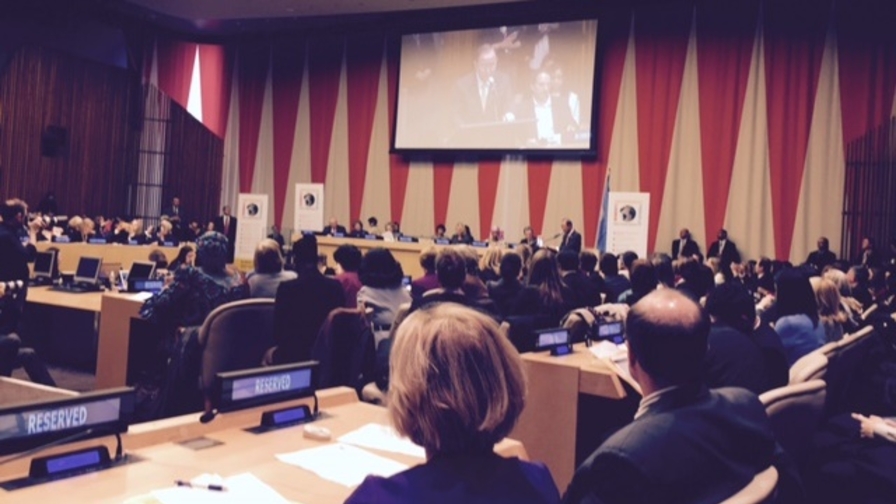 League Delegates Attend the Commission on the Status of Women

EDITORIAL NOTE: This guest blog post was written by Rosalee Keech, a member of the LWVUS Board of Directors and our United Nations Observer

Over the course of a week in March, starting on International Women’s Day, more than 9,000 delegates from 1,100 non-governmental organizations joined with delegates from United Nations (UN) member states for the 59th annual Commission on the Status of Women (CSW59). Amongst those delegates, were representatives from the League of Women Voters who convened in New York City to learn, listen and bring back ideas on improving the rights of women in areas of political and economic empowerment, violence, security, health, poverty and climate change.

As CSW59 coincided with the 20th anniversary of the Fourth World Conference on Women, held in Beijing , the conference resulted not only in a reaffirmation of the Beijing Declaration and Platform for Action, but also a recognition that while progress has been made, unfortunately “we’re not there yet”.

During the Opening Session, Secretary General Ban Ki-moon urged all delegates to help make political and economic empowerment of women and girls a reality as it spurs growth and sustainability as well as acts as a buffer for radicalization saying “truly powerful men are those who believe in and work for the empowerment of women.”  Further, he called for an end to gender violence, including at home. For the first time in 59 years, the Security Council president spoke and attended the CSW, where she pledged to include women in rebuilding, peace-building and decision-making. Further, she underscored how violence against women and girls is a tactic of war as it immediately breaks down the community.

One of the fundamental tenets of the Commission on the Status of Women is to not only highlight best practices, but also to provide research and proof that these strategies are working.  As Secretary General Ban Ki-moon has iterated time and again, “what gets measured, gets done.” Key to this is understanding if strategies are working and then ensuring those strategies become more effective in achieving results. Self-improvement and focus on results are critical to helping diverse actors from the private sector, civil society, academia and the UN achieve the results required.

CSW59, like its predecessors, has been and continues to be a way to share those best practices and strategies in order to implement the solutions successfully at the grass root level. LWVUS has been an active player in this and previous Commissions, sharing best practices, research and proof of how women are making the difference at all levels of society.