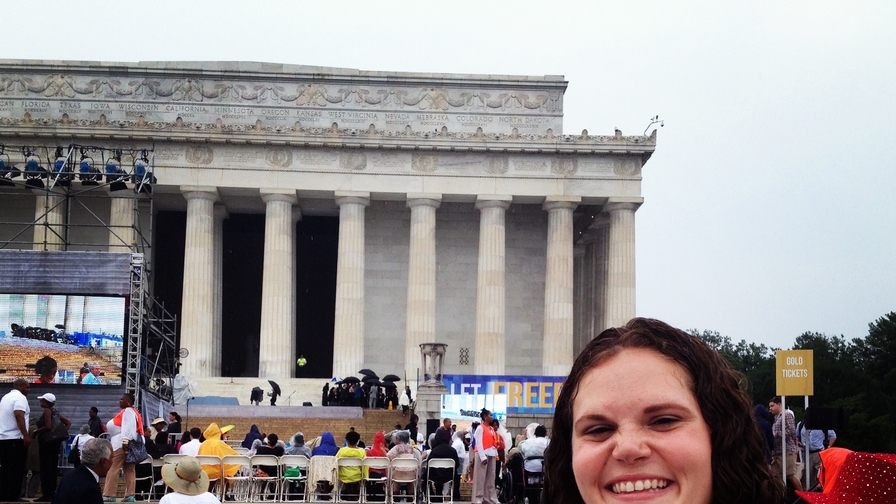 I care about the League’s work because:

I believe that everyone deserves equal access to vote. The work that the League has done for the last 95 years and continues to do to bring access to citizens in underserved communities is important for the strength of our democracy.

My favorite experience with the League has been:

Attending the closing ceremony of the 50th Anniversary of the March on Washington with League members from across the country. On a rainy afternoon at the Lincoln Memorial, hundreds of thousands of Americans heard from civil rights leaders, past and present Presidents of the United States and other activists celebrating the work we’ve done to secure equal rights for all. At the same time the event served as a rallying call to continue to fight back against attempts to disenfranchise voters across the country. It still inspires me in my work every day to continue to urge Congress to restore the Voting Rights Act.

The most inspiring thing I’ve learned from the League and its members is:

Never give up. League members are relentless in their support for the issues we work on at all levels of government. They make their voices heard on the issues that matter in their local communities no matter what the topic – voting issues, campaign finance reform, climate change – every issue gets attention from the League.

Working to affect positive change in every community across the country. The network of grassroots support that the League continues to build in every neighborhood across the country is vitally important to the fight for equal representation, defending our environment and ensuring access to the vote. I truly believe that when League members are involved, anything can be accomplished.

August 6 marks the 51st Anniversary of the Voting Rights Act (VRA). Here at LWVUS, we are taking the day to celebrate our recent voting rights victories and recommit to our important work on voting rights around the country at all levels of government.

June 25th marked the third anniversary of the Supreme Court’s decision Shelby County v. Holder and civil rights and voting rights groups participated in a panel on Capitol Hill to highlight the ramifications of the decision. Panelists emphasized the need to pass the Voting Rights Advancement Act (VRAA), saying that raising the temperature for Congress around restoring the Voting Rights Act of 1965 (VRA) in the media in the upcoming months is a “must do”.

June 25 marks the three-year anniversary of the Supreme Court’s decision to gut key provisions of the Voting Rights Act (VRA). We’ve had three years of bad laws that make voting harder in states all across the country. But there is a solution. Tell Congress to repair and modernize the Voting Rights Act TODAY!