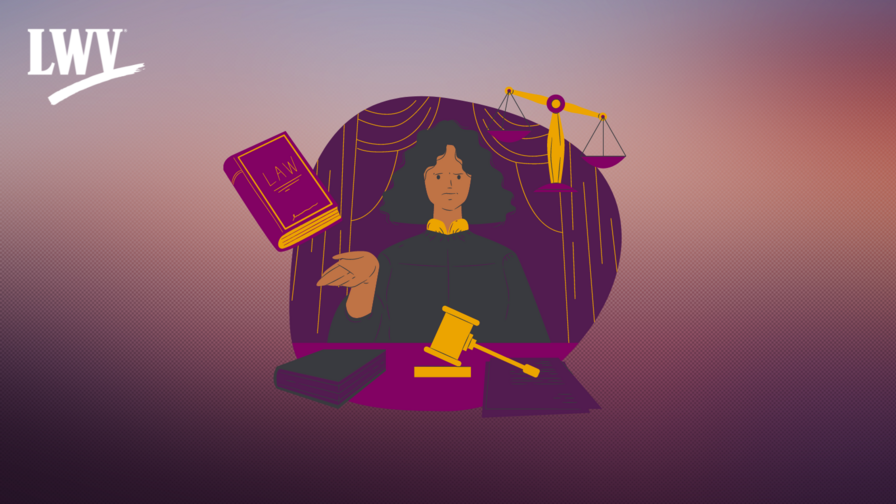 The (Not-So) Absolute Power of the Supreme Court

The US Supreme Court, in its modern form, holds a place of deference and respect in the minds of many Americans. Through its work, we've seen major social justice advances over the past century. For example, from 1953 to 1969, the Warren Court oversaw an unprecedented expansion of individual rights and civil liberties, bringing America closer to a multi-racial democracy than ever before. More recently, the Court’s rulings in cases like Obergefell v. Hodges and Bostock v. Clayton County have helped confirm and protect equal rights for LGBTQIA+ residents.

Yet we know the Court can also take away rights, even those that had been considered safe for decades. We saw this in June 2022's decisions in Dobbs v. Jackson Women’s Health Organization, which eliminated the constitutional right to abortion, and New York State Rifle and Pistol Association v. Bruen, which curbed gun safety legislation.

In the 2021 term, the Supreme Court upended decades of precedent on abortion and gun control. The Court’s rulings unquestionably have impacted and will impact millions of Americans. In the upcoming term, the Court will decide cases like Moore v. Harper, Merrill v. Milligan, and Students for Fair Admissions v. Harvard, cases that could further upend American democracy and drastically reshape national policy. As the Court’s recent decisions demonstrate, it possesses vast power and the ability to decide how the law affects Americans’ freedoms and governance.

But the Supreme Court does not exist in a vacuum. Like the legislative and executive branches, it is subject to checks and balances. These restrictions on the Court’s power are part of the United States Constitution and may be exercised by elected branches with the political will to do so. The Court may act, but its fellow branches may respond.

This blog, the first of a three-part series, will discuss the Supreme Court’s powers under the constitution, Congress’ power to check the Court, and the history of Congress’ use of these powers.

The Supreme Court’s Power Under the Constitution

If the Founding Fathers observed the Court today, some would be astonished at the breadth of its power. In Federalist No. 78, Alexander Hamilton described the judiciary as:

“[T]he least dangerous to the political rights of the Constitution. […] The judiciary has no influence over either the sword or the purse, no direction either of the strength or of the wealth of the society, […] It may truly be said to have neither FORCE nor WILL, but merely judgment; and must ultimately depend upon the aid of the executive arm even for the efficacy of its judgments.”

Hamilton argued that because of these fundamental weaknesses, an independent court system with protections from political interference was necessary to preserve a limited Constitution and prevent abuse of power by the executive and legislative branches. While this vision of an independent judiciary has largely prevailed, the Constitution provides the elected branches of government with tools to check the courts. 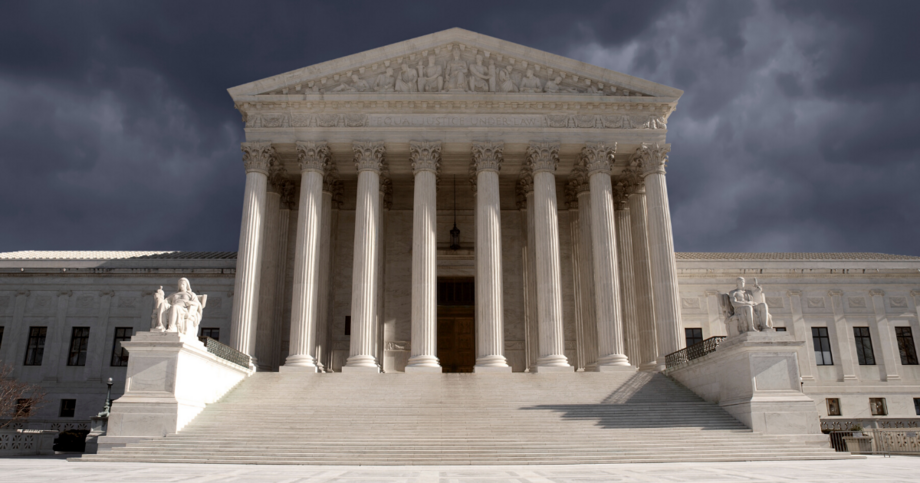 The United States Constitution details the federal courts’ powers in two sections of Article III. Section 1 states that the judicial branch consists of one Supreme Court and inferior courts established by Congress. Section 2 grants federal courts — and by extension the US Supreme Court — the power to hear cases stemming from an issue of federal law, cases in which the parties are citizens of different states, and lawsuits between state governments, among others. The US Supreme Court alone has jurisdiction over cases affecting foreign diplomats and cases between states. This means that such cases are tried directly before the Court, without being first heard in a lower court. In all other cases, the Court may hear appeals from lower courts, and the Constitution provides that the Court’s jurisdiction is “under such Regulations as the Congress shall make.”

Thus, the Constitution makes clear that, with a few exceptions, Congress may decide what types of cases the Court may hear, and the procedures for doing so. With enough political will and a willing President, it is within Congress’ authority to limit the US Supreme Court’s power by restricting what type of appeals it may accept. Theoretically, Congress could therefore limit the Court’s ability to restrict or remove certain fundamental rights by preventing it from hearing cases about them in the first place.

Of course, Congress’s ability to regulate and make exceptions to federal courts’ jurisdiction does not provide it the power to completely remove the US Supreme Court’s ability to hear any cases. Such a move would effectively wipe out the separation of powers and make Congress completely supreme over the other branches. While the Constitution does not explicitly give the Court the power to strike down laws, this power was established by the landmark case Marbury v. Madison, and to this day, no Congress has ever seriously attempted to overturn it. Abolishing judicial review entirely is unlikely to occur anytime soon.

Limiting the Court’s Power: Defining SCOTUS's Jurisdiction and Altering the Number of Justices

Given its constitutional right to change federal courts’ jurisdiction, Congress would encounter few, if any barriers to limiting the Court’s power in this way (known as “jurisdiction stripping"). Congress has already employed this power to reduce federal courts’ ability to review the executive branch decisions on immigration and grant habeas corpus relief (see Section 106).

For example, Congress removed jurisdiction from the Court while a case — Ex Parte McCardle — was before it. In that case, Mr. McCardle was arrested by a military commander in Mississippi for printing and publishing articles opposing Reconstruction. After lower court proceedings, Mr. McCardle appealed to the US Supreme Court, alleging his right to habeas corpus was violated under the newly enacted Habeas Corpus Act of 1867. While the case was pending before the Court, Congress passed a law that stripped the Court of jurisdiction to hear cases like Mr. McCardle’s. The Court then refused to conduct further proceedings on his appeal, ruling that because of the new law, it no longer had jurisdiction to hear the case.

Along with jurisdiction stripping, Congress may also seek to change the Supreme Court’s composition, and thus its rulings, by increasing or decreasing the number of justices. There is no text in the Constitution that limits the Court’s size; in fact, its membership has fluctuated throughout history. 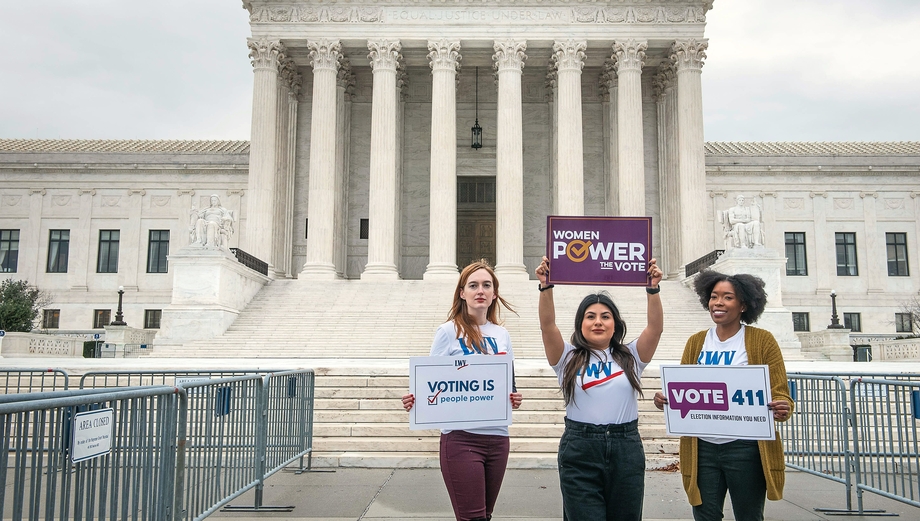 When the first Court was appointed after the passage of the Judiciary Act in 1789, it was composed of a chief justice and five associate justices. In 1801, after losing the election for Congress, the presidency to Thomas Jefferson and the Democratic-Republicans, outgoing President John Adams and the Federalists passed another Judiciary Act before their term was up that would reduce the size of the Supreme Court from six justices to five upon the next vacancy. The Act also created sixteen new judgeships in six circuit courts and expanded the jurisdiction of the federal courts, giving them the power to hear all cases arising from the laws and Constitution of the United States, greater power to hear disputes between citizens of different states, and lowered the threshold to remove cases from state to federal court. These sixteen circuit judges became known as “Midnight Judges,” as president-elect Jefferson and the Democratic-Republican Party accused them of being instruments of court-packing, an attempt to preserve Federalist power through judicial fiat at the last minute of Congress’ term.

Upon taking power, Congress, now controlled by the Democratic-Republicans, repealed the Judiciary Act of 1801 and passed their own Judiciary Act of 1802, which eliminated the sixteen judgeships and kept the number of US Supreme Court justices at six.

As this glimpse into history shows, there is no constitutional barrier to changing the Court’s membership. Nothing in the Constitution bars Congress from doing so, should it summon the political will and have the President’s consent.

What Does This Mean For the Future?

So long as the power of judicial review is in the hands of nine justices with lifetime tenure, there is always the risk of it being used to diminish the rights of Americans and the prospect of protecting or expanding them. If there is a limiting principle to this power, it lies in the ability of the elected branches of government, Congress, and the President to pass laws and remedy the Court’s rulings.

Since 2016, the current US Supreme Court majority has objectively limited Americans’ rights in an unprecedented fashion, through its rulings on abortion rights, partisan gerrymandering, and voting rights, among others. But it is important to note is the justices are not immune to public accountability. The Constitution and our history show the American people and their representatives have the power to prevent the Court from overreaching. In the next installation of this series, we will explore the history of another controversial Court and the Supreme Court’s evolution to its present-day structure.