Our Capitol. Our Senators. Our government.

Yesterday I watched as my CEO was arrested in an act of civil disobedience in the atrium of the Hart Senate Office Building. 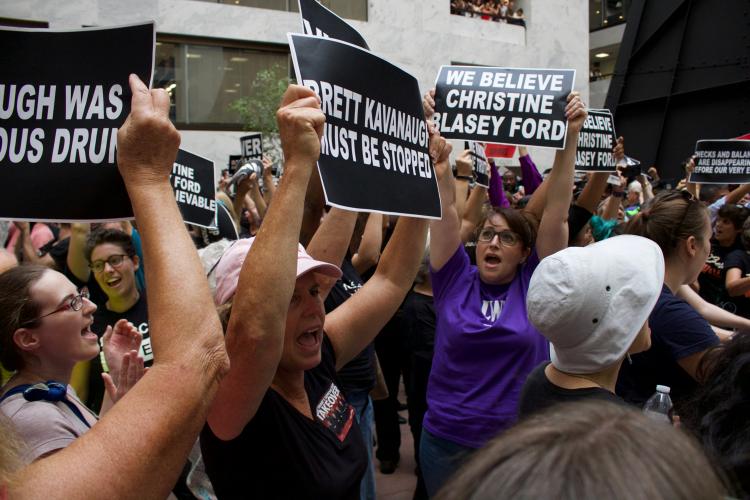 A literal echo chamber, we stood engulfed by thousands of activists, chanting in opposition of Judge Kavanaugh: a man who may soon be granted a lifetime appointment to the United States Supreme Court—changing the dynamics of our judiciary, in a very partisan way, for generations to come.

This is an important moment in our history and the League of Women Voters made the unprecedented decision to speak out against Judge Kavanaugh.

This is not about Judge Kavanaugh’s judicial philosophy. This is about his ability to step away from personal beliefs and render judgment based on facts and the law. This is about upholding the integrity of the U.S. Supreme Court. 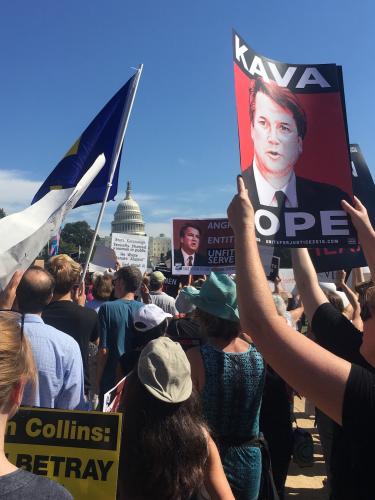 In the unusually humid October heat, we spent the afternoon marching together from the DC District Court, down the National Mall, to the United States Supreme Court where speakers from across the nation took to the stage.

“I am a veteran, a police officer, a father, an Alaskan Independent voter, and a survivor,” one man said, urging his Senator to vote no on this nomination. Countless speakers followed him to the stage—countless other survivors who were so brave in speaking out.

When the Capitol police barred us from the Capitol steps, we marched across Constitution Avenue and filled the Hart atrium. We watched as Senate staffers, whose office windows overlooked the atrium, handwrote signs stating “WE BELIEVE HER” and taped them to the glass.

Yesterday, the League of Women Voters of the United States stood—representing our more than 700 chapters and 300,000 supporters—alongside and in comradery with organizations and advocates from across our nation.

In 1918 American women were demonstrating across the country to have their voices heard. 100 years later, we are still demanding to be heard.

Civil disobedience is a necessity sometimes. Acts such as those we participated in yesterday are the moments that have resonated and affected change in the critical moments during the many fights for civil rights in American history.

I am so proud to be a part of this historic moment for my organization. We cannot, and will not, sit silently while the independence of our judiciary is threatened. 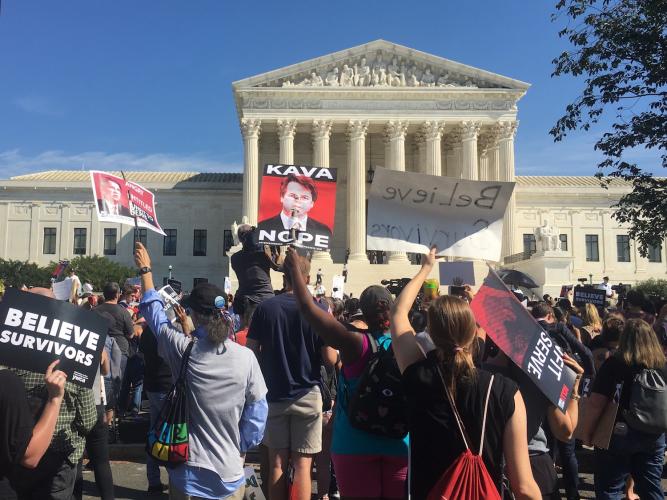