On November 12, the U.S. Supreme Court heard oral arguments in Department of Homeland Security v. Regents of Univ. of Cal., et. al, which is a trio of cases suing the administration over its decision to end Deferred Action for Childhood Arrivals (DACA). The decision to end DACA was controversial because the president promised his administration would not end the program without a pathway for DACA-eligible people to remain in the country legally. DACA recipients and their families and employers have opened themselves up to government action should DACA be rescinded without the promised pathway. The League of Women Voters US has joined 44 other civic-minded organizations in filing an amicus brief in this case.

What are the arguments?

U.S. Solicitor General Francisco, representing the U.S. Department of Homeland Security, argued that the decision to end DACA was committed to the Department’s discretionary authority and thus, not reviewable by the courts. Justice Gorsuch pointed out that the Deferred Action for Parents of Americans (DAPA) decision was reviewable in part because of the reliance interests the program created for parents of American citizens. When asked by Justice Breyer about the “serious reliance interests” DACA created for recipients, their families, and hundreds of others, including healthcare organizations, military groups, labor unions, religious organizations, states, cities, and businesses that signed on to this case as amici, Solicitor General Francisco insisted that a paragraph in Secretary Nielsen’s memo sufficiently dealt with those interests in “excruciating detail.”

Solicitor Francisco also argued that even if the decision to end DACA is reviewable, the Department ended the program properly by presenting three independent reasons it should be ended: (1) DACA is illegal; (2) There are serious doubts about DACA’s legality; and (3) The Department generally opposes broad non-enforcement policies.

Theodore Olson, representing DACA recipients and civil rights groups, was pushed by Justices Alito and Gorsuch to outline a clear rule for what makes this agency decision reviewable while other similar decisions not to prosecute would not be reviewable. Mr. Olson pointed out that a large number of people, in addition to the 700,000 recipients, seriously relied on this program, and opened themselves and their businesses to the mercy of this enforcement agency. Thus, the agency is required to sufficiently acknowledge that reliance before it can end the policy, which he argues it did not do. 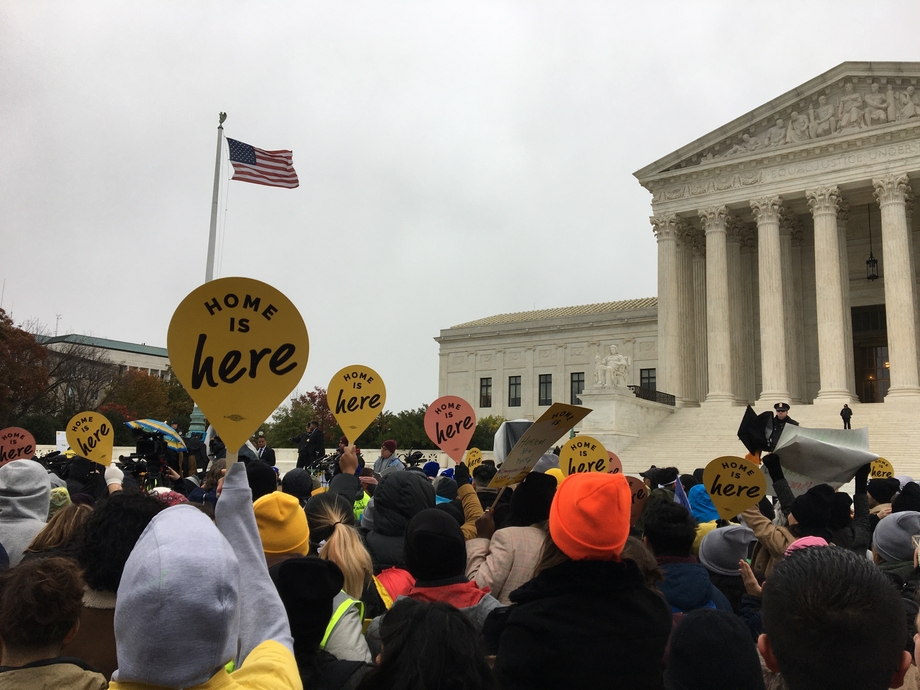 What does the Court want to know?

The loss of DACA protections would have devastating effect on the 700,000 recipients and their families, and the millions more relying on the government’s promise to create a pathway to citizenship. DACA recipients, who informed the government of their status and gave the government their employment and school information and places of residence, are especially vulnerable to detentions and deportations if the program ends. A loss will renew the culture of fear that keeps many immigrants from living full lives.

If the Court rules in favor of DACA recipients, they and their families will feel secure for the first time in three or more years. And the rest of the country can focus our efforts on ensuring Congress creates pathway to citizenship for people who have long called this country home.

A decision is expected on this case in summer 2020.