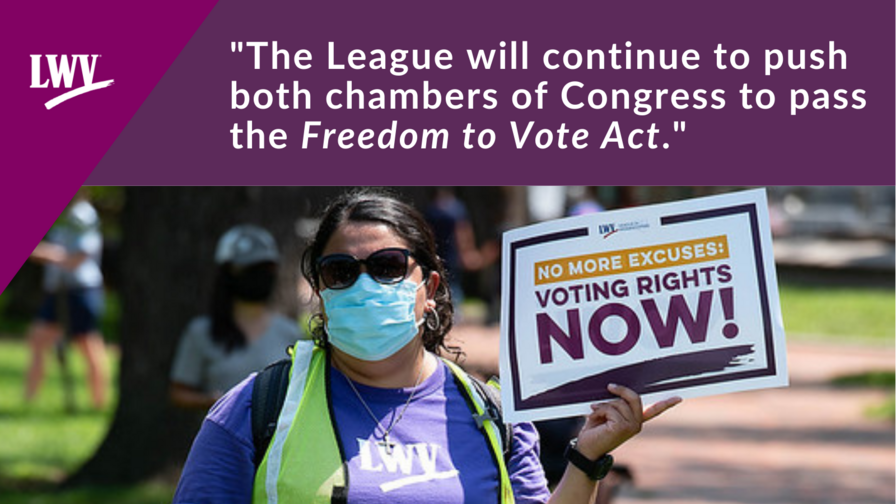 This week, the US Senate introduced new legislation that protects and expands the right to vote, decreases the influence of money in politics, and curbs partisan gerrymandering. The Freedom to Vote Act will set national standards to make sure all Americans can cast their ballots in the way that works best for them, regardless of their age, race, sex, language, or zip code.

Together other civil rights, voting rights, and partner organizations, the League of Women Voters strongly endorsed the legislation when it was introduced on September 14. The bill is not perfect, but it has carried over or strengthened many of the reforms that the League supported in the For the People Act, which passed in the US House but was unable to get past a filibuster in the US Senate. This new legislation is cosponsored by Senators Amy Klobuchar (D-MN), Tim Kaine (D-VA), Angus King (I-ME), Joe Manchin (D-WV), Jeff Merkley (D-OR), Alex Padilla (D-CA), Jon Tester (D-MT), and Reverend Raphael Warnock (D-GA).

Protecting and Expanding the Right to Vote

The biggest barrier to voting is ensuring that voters are registered to vote. Many of the reforms included in the Freedom to Vote Act expand opportunities for voters to both register and increase access to voting in the way that works best for them. Reforms in the legislation that the League has long supported include: 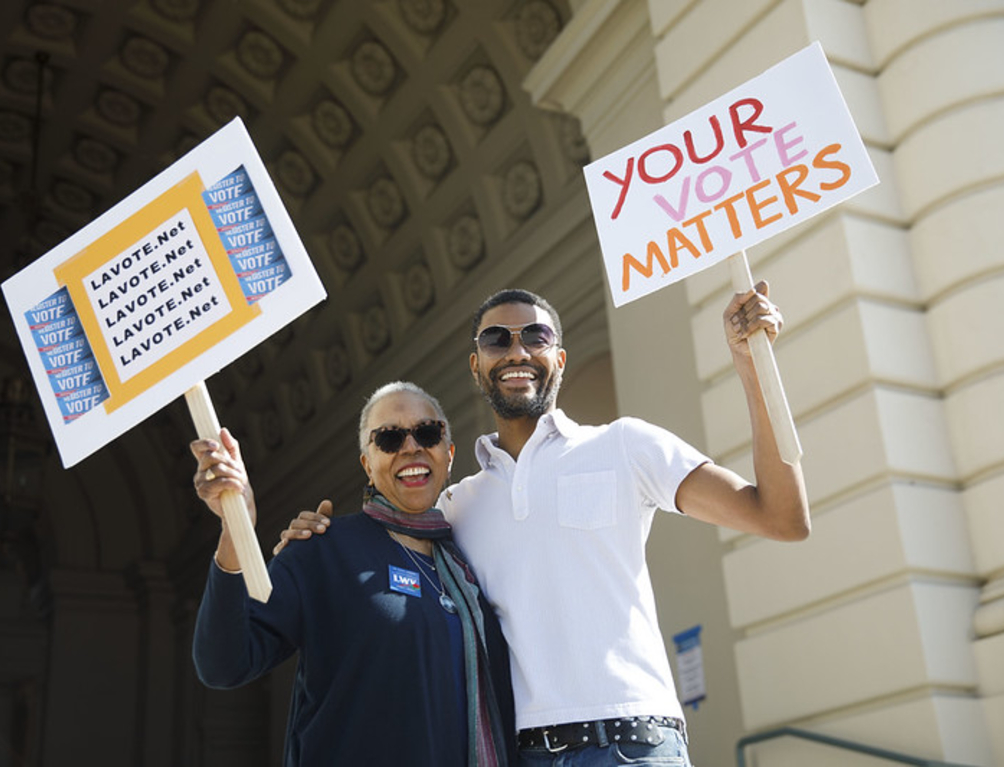 In addition to the key reforms that the League has been fighting for listed above, the legislation contains other important provisions that will strengthen the freedom to vote. The legislation will expand access for the disabled, Native Americans, and underserved communities who face unique challenges when voting. The bill also ensures voter-verified paper ballots are used, establishes election security standards for voting equipment vendors, and protects state and local election administration officials from undue influence or control.

Eliminating the Influence of Dark Money

The money in politics provisions will stop foreign and domestic interference in our elections and ensure Americans know who is trying to influence their votes.

The Freedom to Vote Act establishes specific criteria for congressional redistricting and makes judicial remedies available for the states by: 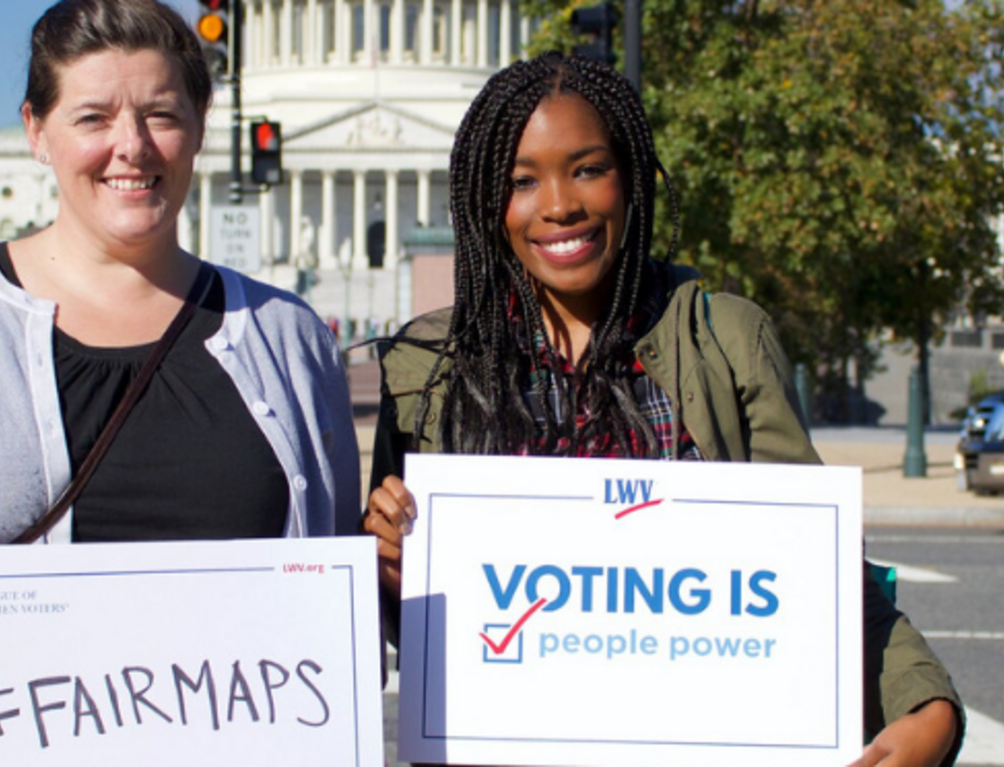 Through the League’s initiative to build People Powered Fair Maps™, state and local Leagues have engaged the public on the need for fair redistricting processes. The provisions in this bill will ensure that maps drawn in the 2021-22 cycle are fair and represent the needs of voters, not politicians.

What’s Needed for the Bill to Pass in the Senate

A vote on this legislation is expected during the week of September 20. Due to the current rules of the Senate, it will need to get 60 votes in order to overcome the Senates filibuster rule.

Senator Manchin, who helped put together the framework for this legislation, has been working to get support from colleagues across the aisle. If he is unable to get ten republican legislators to support the bill when it comes to the floor, it will be necessary for the Senate to change the rules in order to pass this and other key voting rights legislation like the John Lewis Voting Rights Advancement Act.

The League will continue to push both chambers of Congress to pass this legislation. We also continue to put pressure on President Biden to use all of his influence and power to ensure that voting rights legislation is delivered to his desk for his signature. We cannot afford to wait any longer or hear any more excuses; the American people demand equal voting rights now.

The League of Women Voters of the United States CEO Virginia Kase Solomón issued this statement in response the US Senate’s introduction of the transformative voting rights bill, the Freedom to Vote Act.