Top Quotes from the For the People Rally 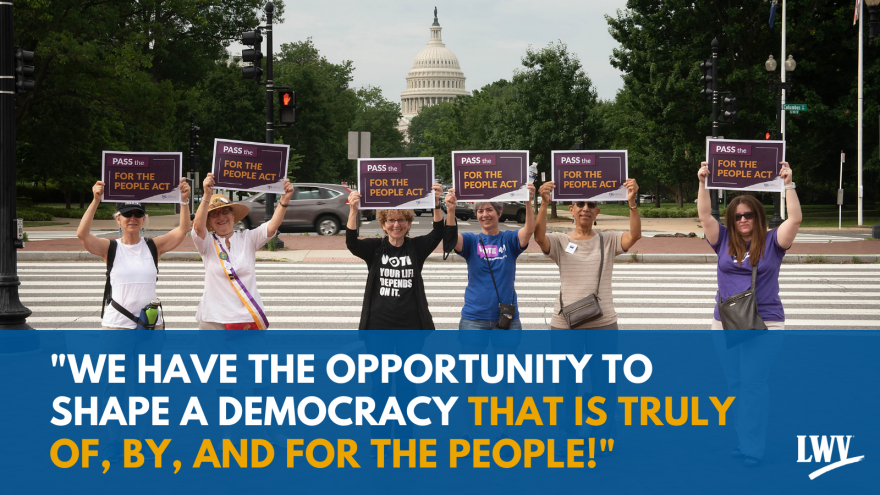 On June 9, activists, coalition partners, members of Congress, and more gathered on the steps of the Supreme Court to show their support for the For the People Act (S1), which is expected to receive a vote from the US Senate later this week.

League members traveled to DC to join the rally. While there, they heard from some of the most influential leaders in the nation, including Senate Majority Leader Chuck Schumer, Senator and former presidential candidate Elizabeth Warren, Christian Nunes from the National Organization for Women, and LWV’s own CEO, Virginia Kase-Solomón.

Here are some of their most memorable statements:

"When we turn people away from voting, we're building a fence around access to our democracy. And the higher that fence is, the less we have a democracy." — DC Councilmember Robert White

We’re proud to live in a democracy, and we want to protect it. The For the People Act would increase government transparency and accountability, restoring American’s faith in our systems.

"We've got politicians who're trying to decide who their voters are, instead of the other way around" — Representative Sharice Davids 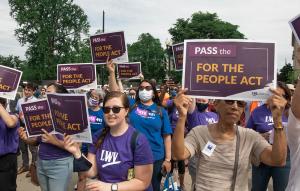 Practices like gerrymandering allow politicians to create congressional district maps that unfairly elevate the power of certain groups or political parties over others. The For the People Act will curb partisan gerrymandering so that everyone is fairly represented and maps are built based on real communities, not the desires of politicians trying to stay in power.

“When you get to Washington, remember who sent you there. Don’t let the special interests and the Super PACs call the shots.” — Representative John Sarbanes

There’s meaning behind the For the People Act’s name. In addition to protecting the right to vote, it aims to eliminate dark money – political money from undisclosed sources intended to sway voters – from elections. Doing so would minimize the influence of big businesses and special interest groups and place the focus back on the needs and values of the American people.

"Now is the time to recognize that essential workers are essential to our democracy. That’s what the For The People Act is all about: restoring power to America’s working families." — Sara Steffens of Communications Workers of America

The power to pass legislation that we need – like supporting essential workers – must be in the hands of the people. Pro-voter legislation like S1 helps every American engage with their right to vote. 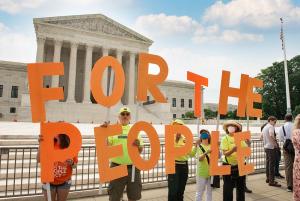 The Senate vote on S1 is rapidly approaching. Contact your Senators today and tell them that they must vote YES on the For the People Act, and join our friendbank to spread the word to your friends and family.