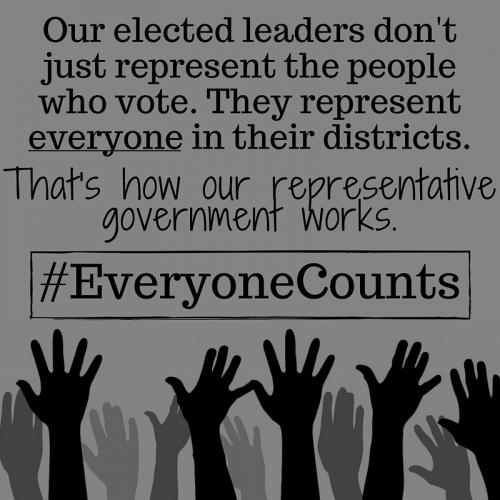 The U.S. Supreme Court heard arguments this week in a case that could forever change the way we view the political map. Evenwel v. Abbott, a case out of Texas, has the potential to upset the criteria for drawing state and local legislative districts so that districts would be determined by the total number of voters instead of total population. This case only effects state legislative districts as Congressional apportionment is covered in a different provision of the Constitution and would not be directly impacted.

Currently, state legislative districts are drawn using data collected by the Census Bureau and are based on the total number of people who live in a community or state. Total population includes not only voters, but also children, non-citizens and unregistered voters. If the plaintiffs in Evenwel v. Abbott were to win their argument, state legislative districts across the country could be unconstitutional and practically all state legislative maps would need to be redrawn. The whole concept of representation would be changed and the influence of minority communities and those districts with significant numbers of children would diminish.

Changing the criteria for how we establish legislative districts in the states would not only have far reaching impacts on equal representation and geographic distribution of power, but it would put many states in limbo for years to come. The last time the Supreme Court considered the question of representation in the 1960s, it took nearly a decade to settle the matter through the court system. Moreover, there is no reliable measure available to determine the number of voters in a state – the Census directly counts total population but citizens self-identify on voter registration questions during their surveys, making the data unreliable for so important a purpose. Lawsuits are sure to be filed as soon if a decision in favor of the plaintiffs is reached, in every state across the country challenging district lines

The League submitted an amicus brief in Evenwel that supports the current practice of drawing district lines based on population counts. Counting population ensures that every man, woman and child has an equal representation in our democracy. Population counts ensure that everyone has a seat at the table and is simply the fairest way to protect our democracy and ensure equal representation for all. A decision in this case is expected by June 2016.