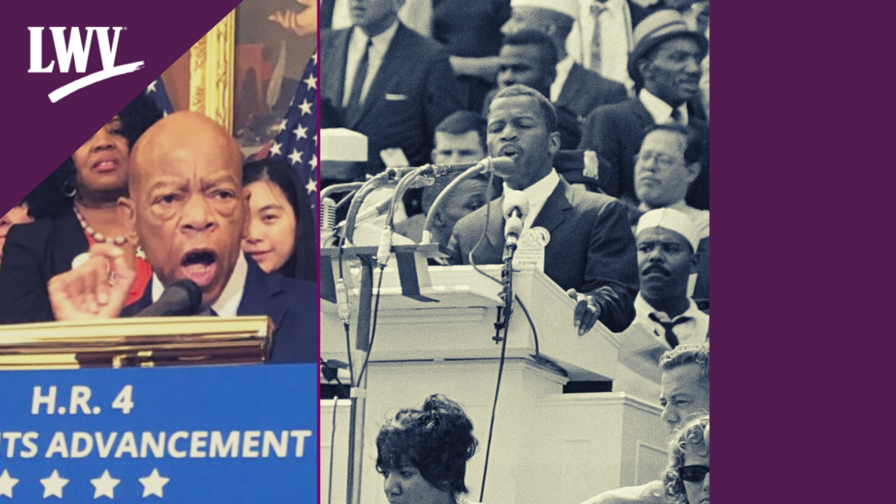 The history of the Voting Rights Act (VRA) is Black history. And as we pause to celebrate Black history and commemorate the great leaders—both known and unsung heroes of our time, we must also remember that the struggle to protect voting rights continues. It is not enough for us to celebrate Black history; we must continue to fight to ensure that we are not adding another chapter of discrimination and Jim Crow era politics.

1965 was a year filled with peaceful protests, violent reactions, and eventual action by Congress and the President. On a Sunday in March of 1965, peaceful protestors were met on the Edmund Pettis Bridge in Selma with violent attacks by Alabama State Police. This created a tipping point around the need for federal protections in the absence of action by state and local officials to protect their citizens. “Bloody Sunday,” as it has become known, forced Congress to enact federal voting rights protections, creating the Voting Rights Act of 1965, which banned racial discrimination in the voting process.

No other piece of legislation has had such a large impact on the voting lives of Black Americans. Prior to the VRA's passage, a report entitled Federal Protection of Negro Voting Rights found that southern states like Alabama and Mississippi had registration levels in Black population was in the low teens. The report also found that the Black voters who were registered were being disproportionately targeted by literacy tests, ID requirements, and monetary “poll taxes” that white voters were not subject to. It wasn’t until the adoption of the Voting Rights Act that it was possible to stop discriminatory voting laws from going into effect immediately and causing damage to the ability of Black voters to participate. Later, as the bill was reauthorized by Congress, the legislation also helped to end discriminatory voting tactics used against other communities of color. 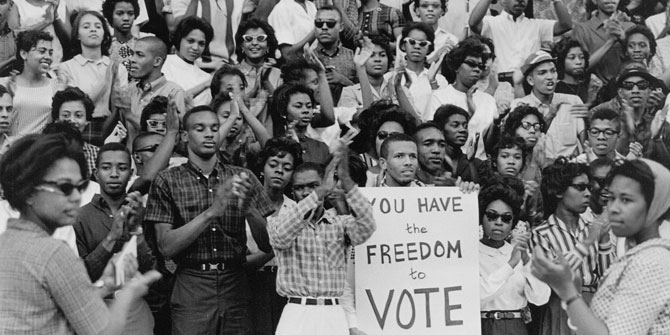 In the greatest country in the world, discrimination should not exist when it comes to the freedom to vote, yet the fight is far from over. Year after year, anti-voter legislation passes in legislatures around the country.

The 2020 election had a historic turnout, helped by the expanded ways people were able to vote during the pandemic. But when parties in power decide they don't like the outcome of an election, they take aim at voters by enacting legislation intended to legally discriminate against those who voted against the party in power's interest.  This typically includes Black and brown Americans, Asian Americans, Indigenous Americans, people with disabilities, and young Americans; these are the communities that are most likely to be affected by anti-voter laws.

Since the Supreme Court gutted the VRA's protections in Shelby County v. Holder, state legislatures across the country have done everything in their power to create barriers to voting. With voter discrimination still occurring, the need for the Voting Rights Act still exists.

The Supreme Court has repeatedly called out Congress’ responsibility to rewrite the VRA, stating that the original intent of the law—protecting voters from blatant discrimination—is still needed. Lack of action from Congress has allowed bad actors in states across the country to methodically slice away at the representation of communities of color. And yet, Congress has yet to act.

Most recently, Congress had before it a bipartisan piece of legislation, the John Lewis Voting Rights Advancement Act, which was written with the help of Senators Murkowski, Warnock, Ossoff, Manchin, and others to find common ground on a solution to the restoration of the Voting Rights Act. but they failed to move it forward past the 60-vote filibuster in the US Senate. Congress failed pass the bill, essentially kicking the door open a little wider so more anti-voter laws can be replicated. It gives state legislatures the ability to methodically slice and dice their way to choosing their voters as they continue to draw district maps around the country.

But our fight is not over. We will not give up. Just like John Lewis, the League, our partners, and the civil rights community, we will not give up on the promise of voting rights. We will not give up until every American has the freedom to vote. We take inspiration from the Black leaders who for so long have stood up and demanded the rights and responsibilities that all Americans are guaranteed in the Constitution. We join them in a fight that has gone on for too long, but that we will not abandon. We must restore the Voting Rights Act. We must end discrimination in voting in every state, county, parish, or municipality across the country. We must protect the freedom to vote.

Tell Your Representatives to Restore the VRA!

Blog / February 4, 2022
Six Years Since Shelby Shows There’s More Work to Do. Here’s How You Can Make an Impact.