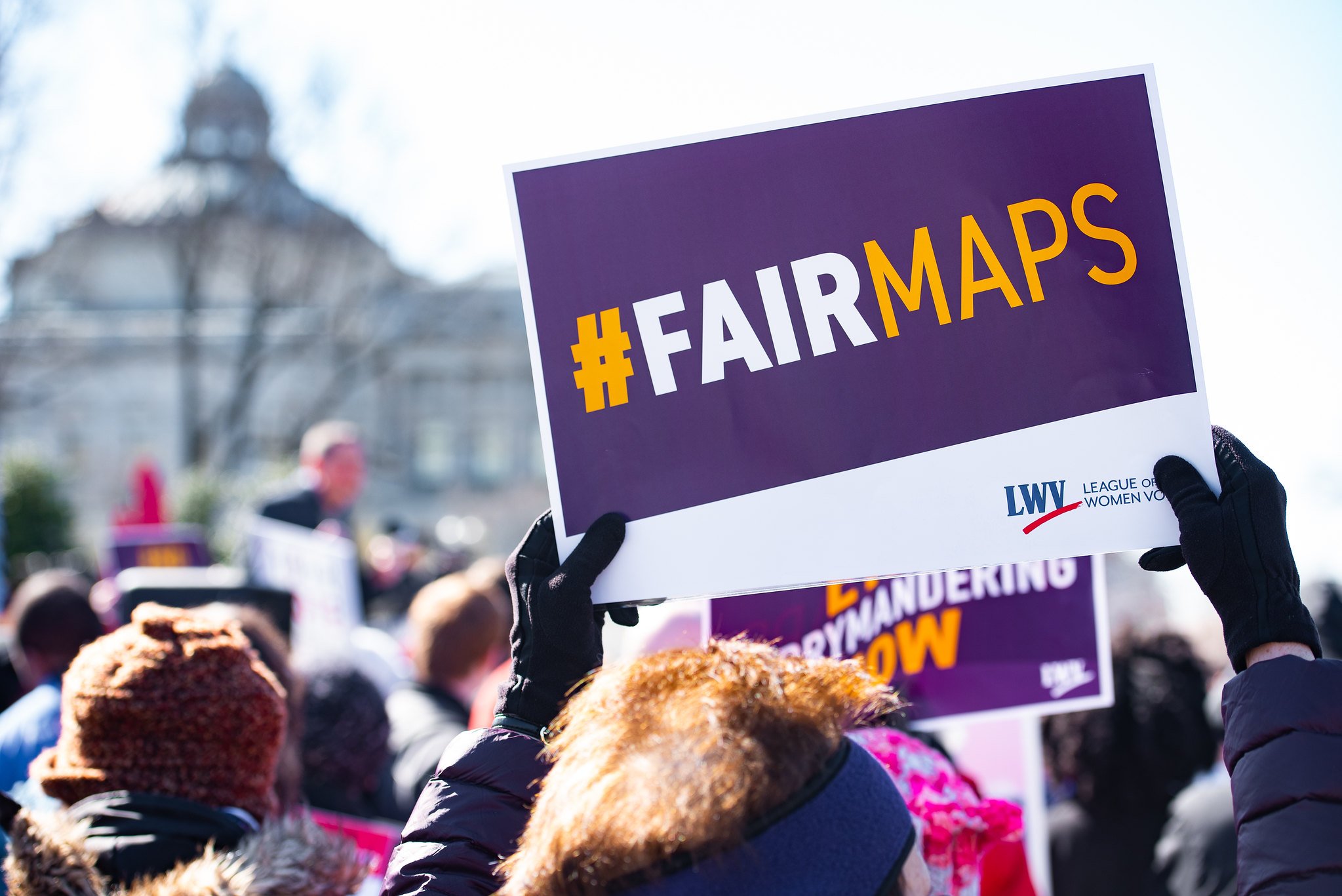 LWVNC v. Rucho challenged North Carolina’s 2016 redistricting plan as an unconstitutional partisan gerrymander and a violation of the First and Fourteenth Amendments. The case was consolidated with Common Cause v. Rucho, and the US Supreme Court ultimately ruled that partisan gerrymandering claims are not properly heard in federal court.

In September of 2016, the League of Women Voters of North Carolina filed a lawsuit challenging the 2016 remedial congressional redistricting map as an unconstitutional partisan gerrymander and a violation of the First and Fourteenth Amendments. This map had been adopted by the North Carolina legislature after one of its earlier maps had been struck down.

The lawsuit alleged that the map favored some voters and punished others for their political affiliation. In March of 2017, LWV’s case was consolidated by a three-judge district court panel with Common Cause v. Rucho, another case challenging the state’s map. The state attempted to stay the Rucho case pending a US Supreme Court ruling in a Wisconsin redistricting case, Gill v. Whitford (which the League joined as amicus), but the motion was denied. In January 2018, the District Court struck down the map as an unconstitutional partisan gerrymander and prohibited the state from using the map in future elections.

The League was represented by the Southern Coalition for Social Justice, Campaign Legal Center, and the University of Chicago Law School.

The League of Women Voters of North Carolina files a challenge to the state’s district map in federal court.

The League of Women Voters files a brief in opposition to the state’s motion to stay the case.

The District Court denies the state’s motion to stay the case.

The District Court strikes down the 2016 redistricting map as an unconstitutional gerrymander and blocks the state from using the map.

Legislative defendants file an emergency application with the US Supreme Court asking the court to stay proceedings at the district court pending appeal.

LWV Responds to Application for Stay

LWV responds to the state’s application for stay.

The US Supreme Court remands the case to the District Court to rule in light of Gill v. Whitford.

The District Court rules in favor of the League and other plaintiffs.

The League of Women Voters asks the Supreme Court to affirm the District Court's decision in LWVNC v. Rucho (Common Cause v. Rucho).

LWV of Maryland joins an amicus brief in Lamone v. Benisek, which has been consolidated with the two Rucho cases.

The Supreme Court holds the oral argument for the case.

SCOTUS Rules on the Case

The Supreme Court issues their opinion, holding that partisan gerrymandering is a political question and cannot be handled by federal courts.