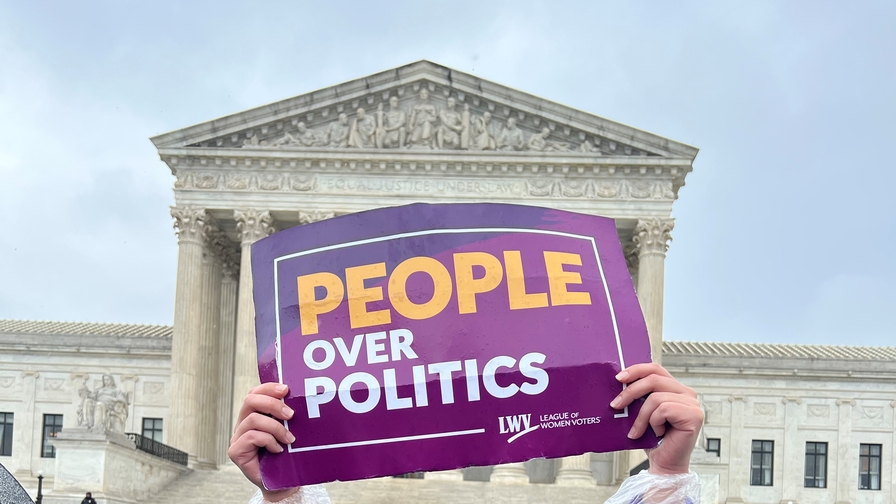 "The Independent State Legislature Theory is a dangerous, fringe ideology that has massive implications for the future of our democracy," said Virginia Kase Solomón, CEO of the League of Women Voters of the United States. "Even the narrowest ruling in favor of the ISLT will cause chaos in our election administration system and remove longstanding checks and balances that ensure voters are not victims of power-hungry legislatures. Elections must work for our democracy to work."

"What Americans heard today was the Justices struggling out loud to find a limiting principle for this dangerous and unprecedented theory, and they came up empty-handed," said Jon Sherman, litigation director at Fair Elections Center. "If adopted, the Independent State Legislature Theory would infect every aspect of election administration. Whenever state courts strike down state election laws, they will split voting rules and burden and confuse election officials and voters alike."

The League of Women Voters joined the rally at the Supreme Court today, in partnership with Common Cause and Southern Coalition for Social Justice. Voters from across the country came together in front of the Court to call attention to the harmful effects of the Independent State Legislature Theory.

This fall, the League of Women Voters of the United States and League chapters from all 50 states and the District of Columbia filed an amicus brief in the Moore v. Harper case focusing on the massive implications of the ISLT for every state and on the future of American democracy. The League is represented by Fair Elections Center and O’Melveny & Myers LLP. 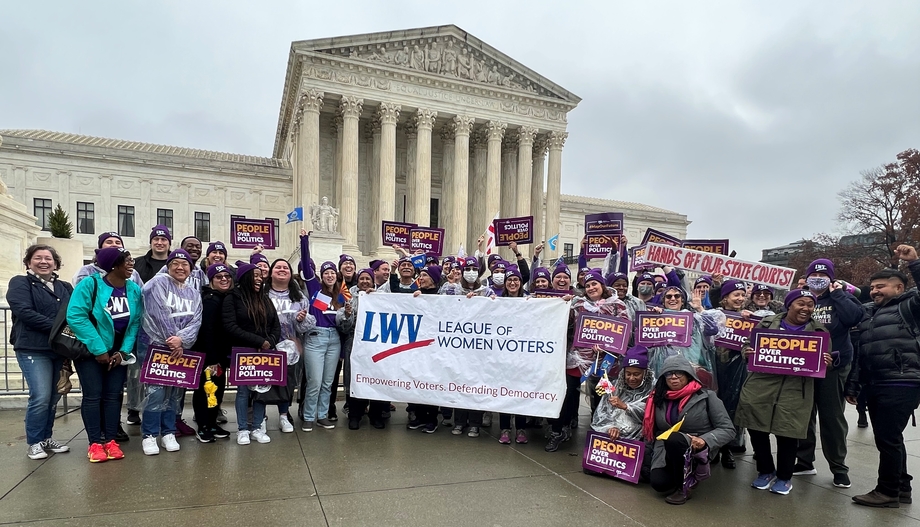 LWV of the United States and League chapters from all 50 states and DC filed an amicus brief in the Moore v. Harper case before the Supreme Court. The case concerns the so-called “independent state legislature theory” (ISLT), which, if adopted, would have far-reaching implications for the future of American democracy.