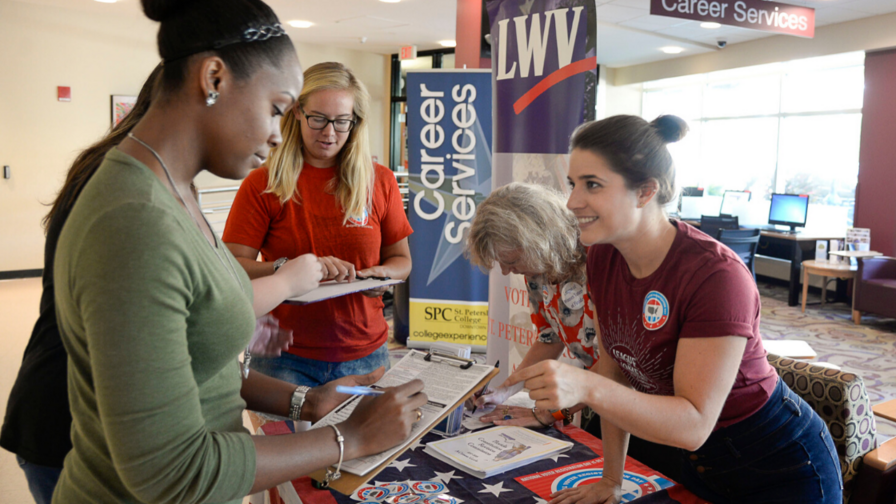 Chapters of the League of Women Voters of Texas customarily receive registration forms from the Texas Secretary of State’s office based on their needs, which are extensive, as the organization operates numerous large and small voter registration events per year. The Houston chapter alone has registered approximately 30,000 new citizens at naturalization ceremonies per year in the past.

“The scarcity of registration forms presents an egregious voter access issue. Secretary Scott must comply with the federal law. The voters in Texas deserve fair access to the polls,” said Celina Stewart, chief counsel and senior director of advocacy and litigation for the League of Women Voters of the United States. “Without the necessary voter registration forms, a large portion of the Texas population will be illegally blocked from making their voices heard in the upcoming state primary in March.”

“Texas already makes it too difficult to get on the voter rolls and too easy for officials to take you off,” said Danielle Lang, senior director of voting rights at Campaign Legal Center. “The League provides a vital service to Texas citizens, and particularly the new citizen community, in helping them register to vote. The least the Secretary of State can do is provide the state forms they need to do so.”

Scott’s office has cited supply chain issues that increased the price of paper as the main reason for the limitation of forms. However, the state of Texas currently has a budget surplus of $7.85 billion — plenty to cover the higher cost of paper.

Texas voters can find information for how to register and cast a ballot at VOTE411.org.

Read the letter below or here. 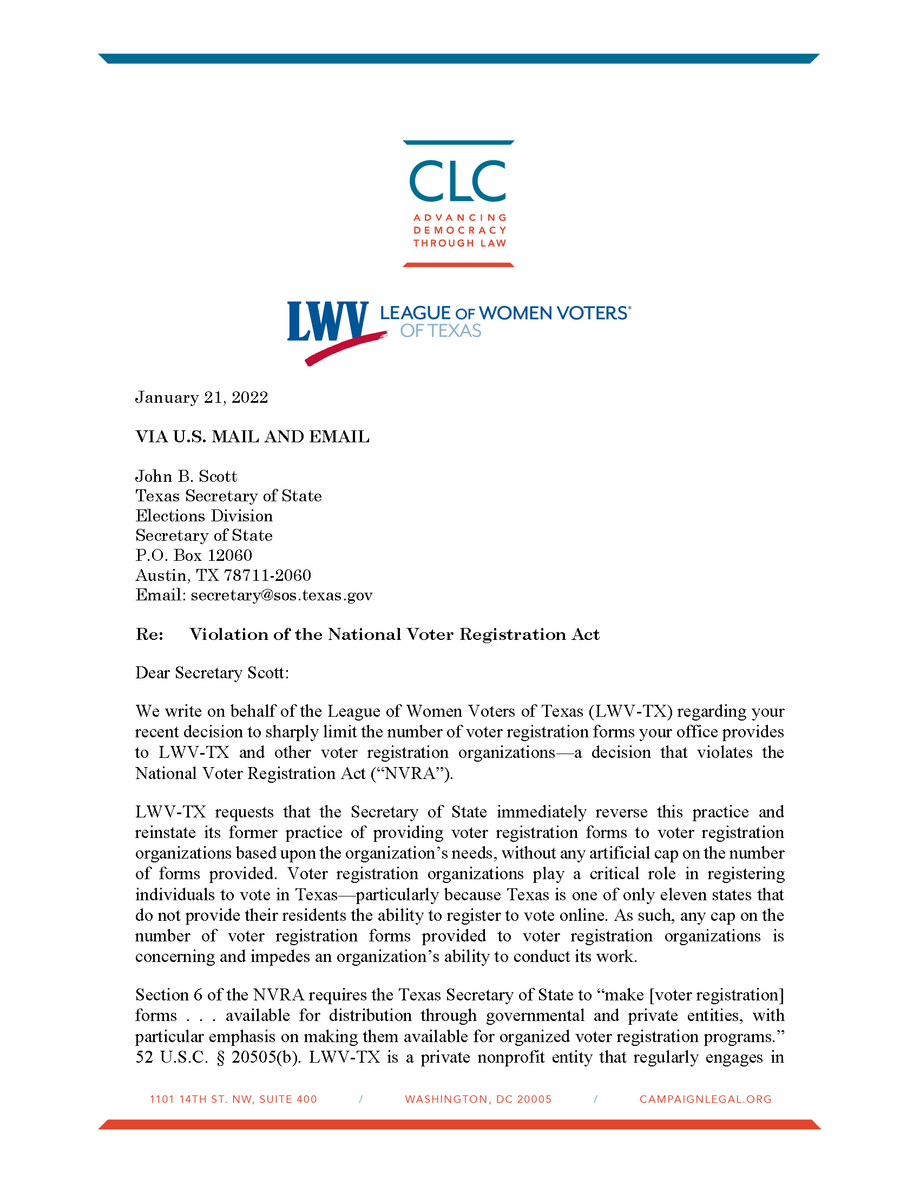 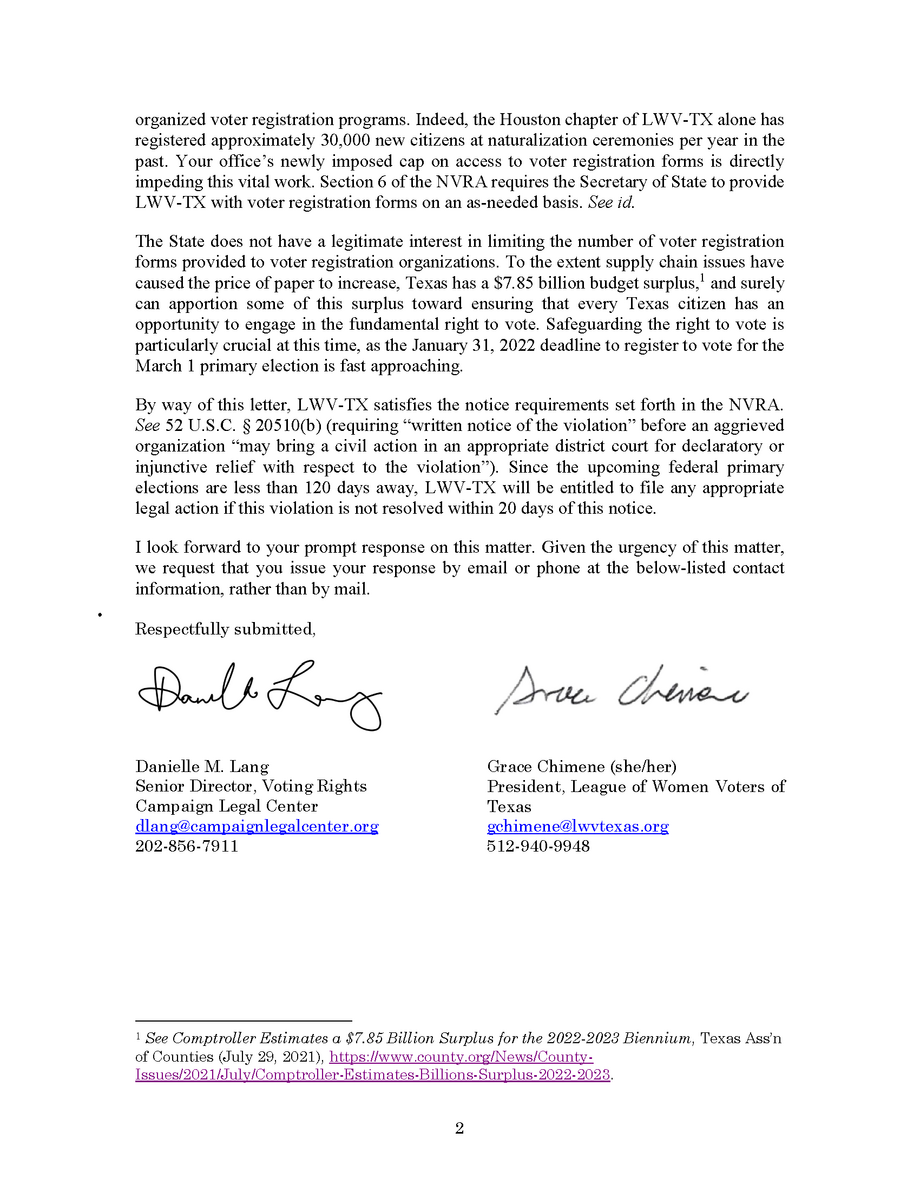 LWVUS and LWV of Texas sent a letter to the Postmaster General demanding that the Postal Service continue their longstanding practice of displaying and providing voter registration forms in post offices across the country.

Letters / September 4, 2020
How One League Member Helped Register Over 62,000 New Citizens to Vote

Blog / November 6, 2014
Celebrating the NVRA: 20 Years of Increasing Access to the Vote