In 1945, at the UN Charter Conference, the League of Women Voters was invited by President Harry Truman to serve as a consultant to the U.S. delegation. Since that time, the League has continued its presence at the United Nations through its one official and two alternate observers. In July 1997, the League was granted Special Consultative Status with the UN Economic and Social Council (ECOSOC), which provides the opportunity to make interventions on issues the League supports.  Consultative status allows the League to:  make formal oral or written statements to the UN and be consulted by the UN in areas in which the League has expertise. 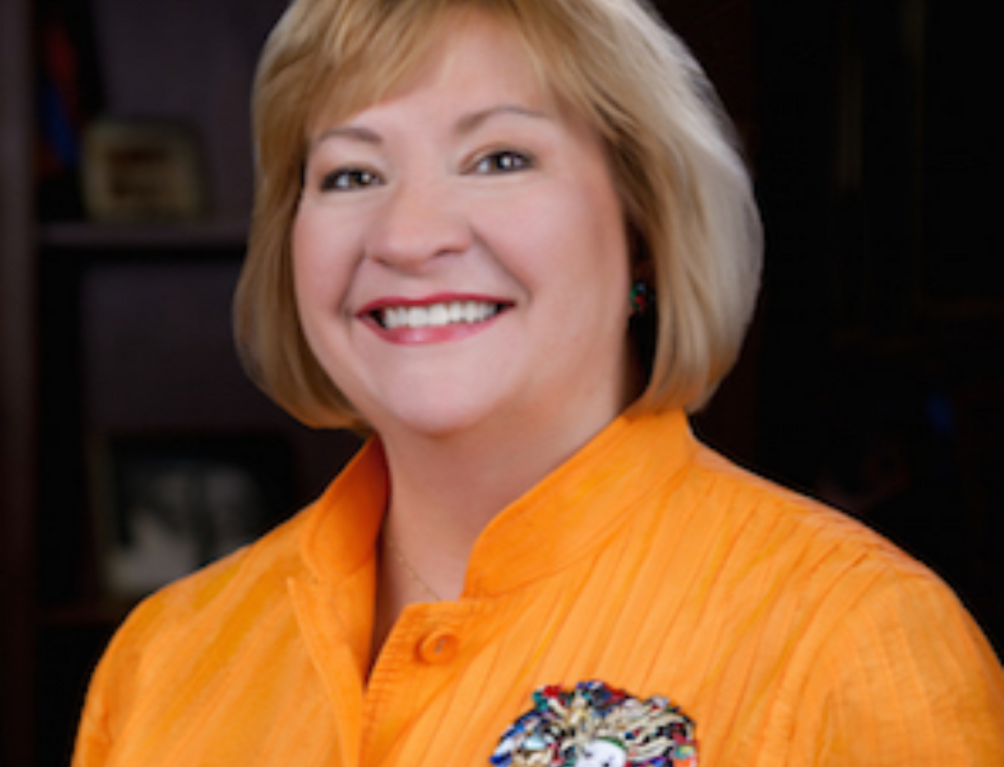 Dr. Connie Sobon Sensor has been an active member of many professional communities. She served on the Board of Directors for Sigma Theta Tau International Honor Society of Nursing (Sigma) where she was the Secretary from 2011 to 2013. She most recently completed a four-year term as the appointed liaison to the United Nations for Sigma, where the organization has special consultative status with the Economic and Social Council. In her UN Liaison role, Dr. Sobon Sensor elevated Sigma to a prominent presence and changed how nurses are perceived to include greater emphasis on disease prevention, health promotion, and capacity for involvement in health policy development and decision-making to advance global health.  She co-facilitated the first DPI Chat Series focused on SDGs 3 and 5 (2016), was special rapporteur for health and well-being sessions during the Intergenerational Dialogues NGO Conference (2017), worked on the sub-committee drafting the Civil Society Conference Outcomes Document (2019) and was on the NGO Conference Workshop planning sub-committee (2018). She helped plan and present Sigma’s parallel events for the UN Commission on the Status of Women (CSW) since 2016. She is a member of CSW-NY, the League of Women Voters, the Coalition for Global Citizenship 2030, and the UN NGO Major Group. She is the President of the Northeastern Chapter of the Transcultural Nursing Society. She was formerly Secretary for Region 3 of the NJ State Nurses Association and was appointed National Public Policy Workgroup member and regional Public Policy Advisor for the American Association of Critical-Care Nurses (AACN) where she promoted the organization’s public policy agenda & empowered chapter members to influence policy development related critical care nursing and health.

Connie is a professor at Rutgers University.  She earned a BS in Nursing from New Jersey City University, an MS in Clinical Management with a focus in Transcultural Nursing from Kean University, and a Ph.D. in Nursing Research and Theory Development from Seton Hall University. She has presented locally, nationally, and internationally on the UN Sustainable Development Goals, Leadership in Global Health, and her research about health-related beliefs, practices, and experiences of migrant populations. 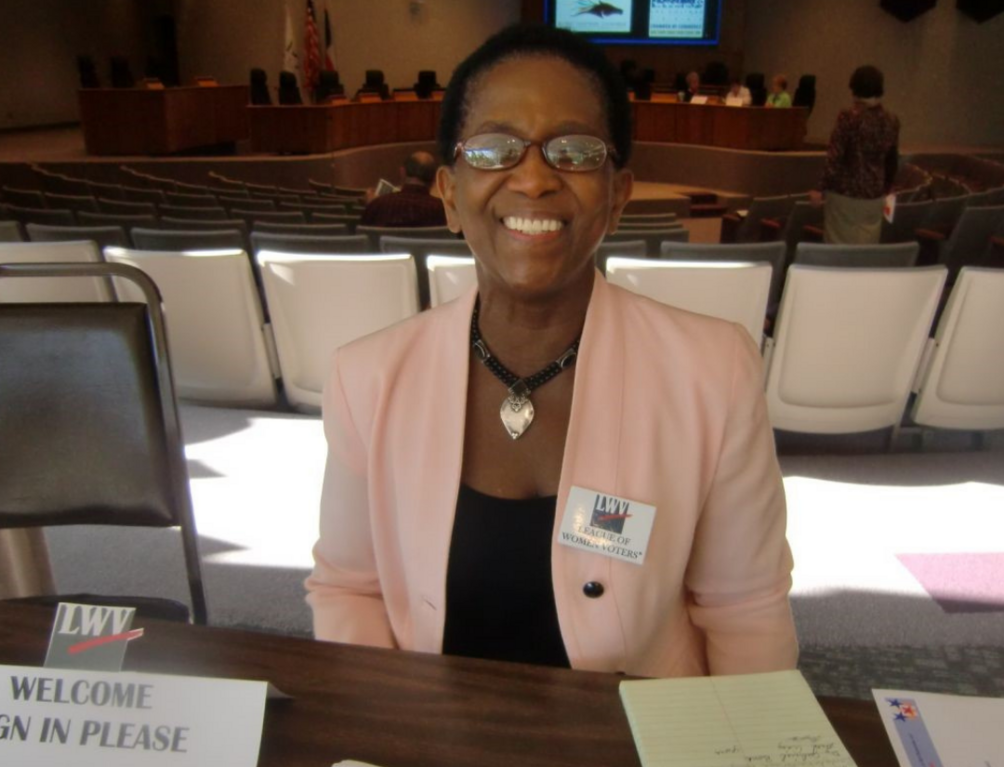 Paulette Austin was first introduced to the work of the League of Women Voters when, as a Junior at Connecticut College, she interned at the national office during the summer of 1969.  After completing a Liberal Arts Degree in 1970, she joined the United Nations as a professional trainee in the Section for Latin America, Office of Technical Cooperation. Once aligned with the program's focus to promote institutional and human resources development in countries of Latin America, Ms. Austin went on to pursued a master’s degree in economics and served for nine years served at the Department of Economic & Social Affairs.

Eager to gain some field experience, Mrs. Austin then joined the Office of the UN Development Program (UNDP) in Trinidad and Tobago; then Costa Rica from 1979 through 1984, working with the government in each case to define needs and coordinate with officials from other UN specialized agencies.

Upon her return to UN Headquarters, Mrs. Austin worked in the Contracts and Procurement Department, providing opportunities to liaise with government officials and the private sector giants. This led to an assignment as Chief Procurement Officer to the UN Interim Force in Lebanon (UNIFIL) supporting more than 3,000 international peacekeepers and in Baghdad, Iraq. Mrs. Austin is passionate about working with women in developing counties. She has worked across the world and conducted training in Israel and was an administrator at the Economic & Commission for Western Asia (ESCWA) in Beirut, Lebanon.

Since retirement and the birth of her grandson in New York, Ms. Austin joined the League in New York City where she spends most of her time currently. 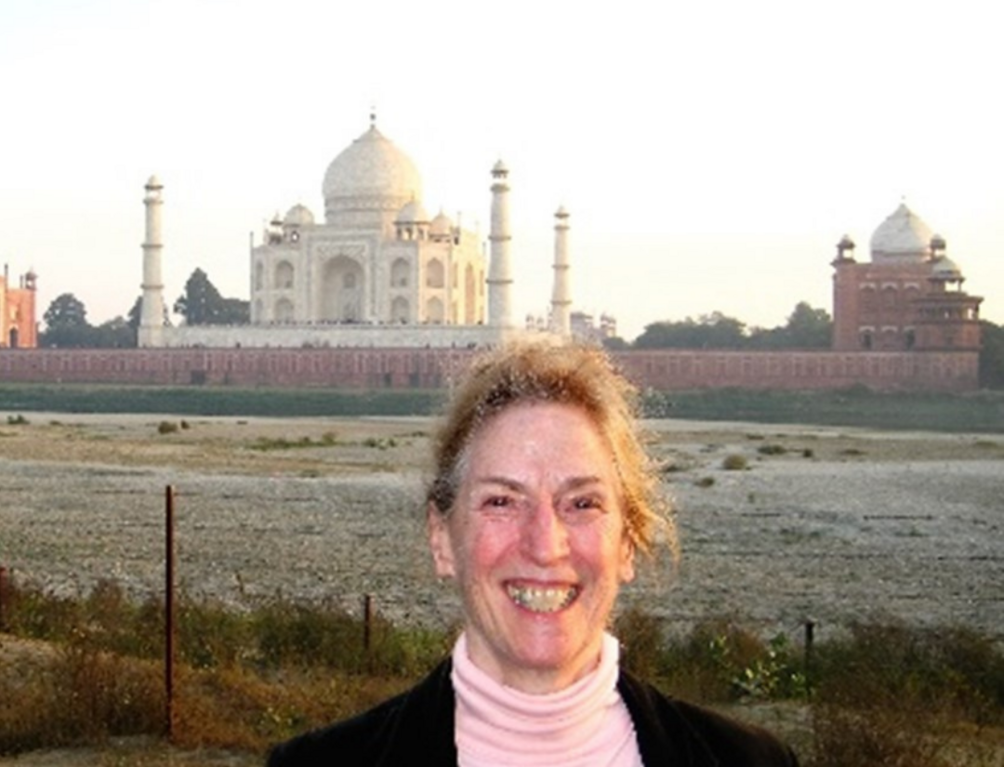 Jane E. Colvin joined the League of Women Voters of the City of New York in 2006 and quickly became a member of the Legislative Action Committee that advocated for League positions in Albany. She has worked on many different committees, including Women’s Issues, Membership, Development, and Marketing, and was editor of the Inside the League newsletter. She served as a charter member of the newly formed Management Team from 2008 - 2010, as Secretary from 2012 - 2014, and as Treasurer from 2014 - 2018. At the LWVUS National Convention in 2012, Jane and a colleague from the LWV South Carolina presented and secured the adoption of the concurrence on Sentencing Reform. In 2019, Ms. Colvin was elected to the Board of the League of Women Voters of New York State where she is a member of the Voter Service, Investment, and Finance Committees.

Ms. Colvin's professional career included international and private banking in New York City where she worked for many years at Bankers Trust/Deutsche Bank. Before joining the corporate world, Jane was the Assistant to the Director of the World Trade Institute, an international trade, and commerce educational organization created by the Port Authority of New York and New Jersey to expand global trade. As Program Manager, she collaborated with USAID and UNIDO to develop work-study courses for manufacturers and government officials from developing countries responsible for increasing international trade.

Ms. Colvin is an active member of the All Souls Unitarian Universalist church in New York City since 2006. She has served on the Nuclear Disarmament, Adult Education, and Nominating Committees and is Chair of the Finance Committee of the Women’s Alliance. She headed the All Souls Caring Team and is a Lay Pastoral Associate. 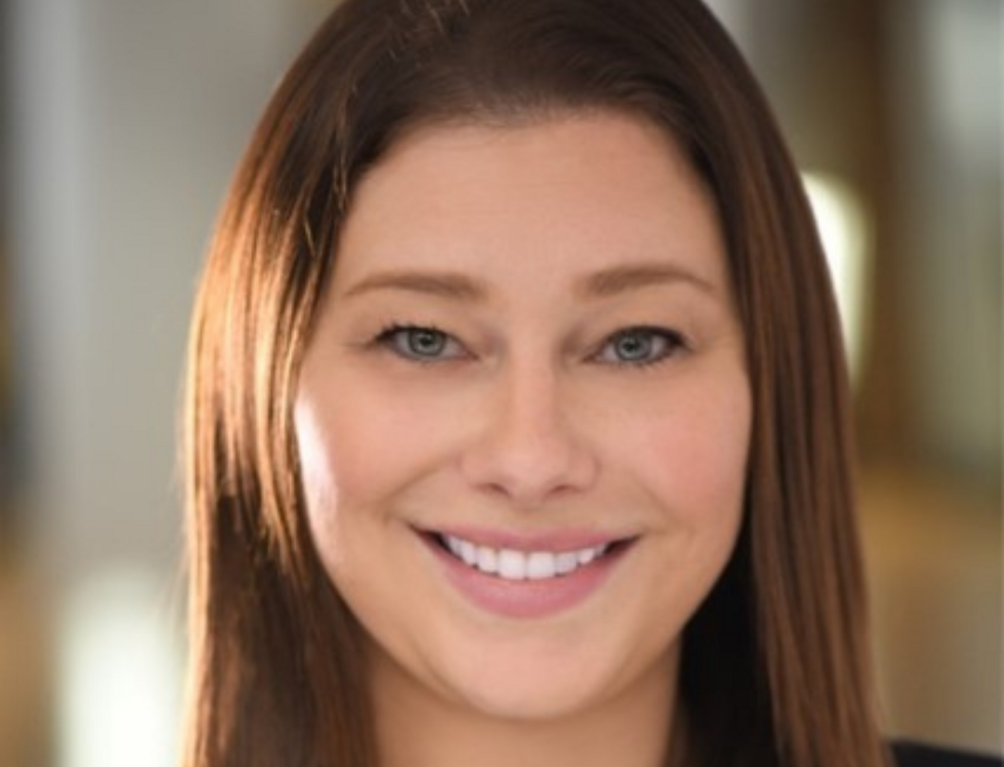 Sarah Hirsch is an economic and financial policy expert and former diplomat.  Since 2010, Sarah has advised senior public and private sector officials, including heads of state.  Her areas of expertise include international economic policy, economic development, capital markets, and monetary policy.

From 2012 to 2019, Sarah served at the U.S. Department of the Treasury, most recently as senior advisor to the Under Secretary for Domestic Finance.  Prior to that role, Sarah served as senior advisor and chief of staff to the Under Secretary for International Affairs, the top financial diplomat for the United States.  From 2014 to 2016, Sarah represented the United States as an advisor and Alternate U.S. Executive Director at the African Development Bank in Abidjan, Côte d’Ivoire.  In this role, she facilitated the approval of $12 billion in development finance to countries throughout Africa and established partnerships between the Bank and U.S. government, including the Obama Administration’s Power Africa Initiative, Global Connect Initiative, and the Partnership on Illicit Finance.  For her service, Sarah was awarded the Secretary’s Exceptional Service Award. 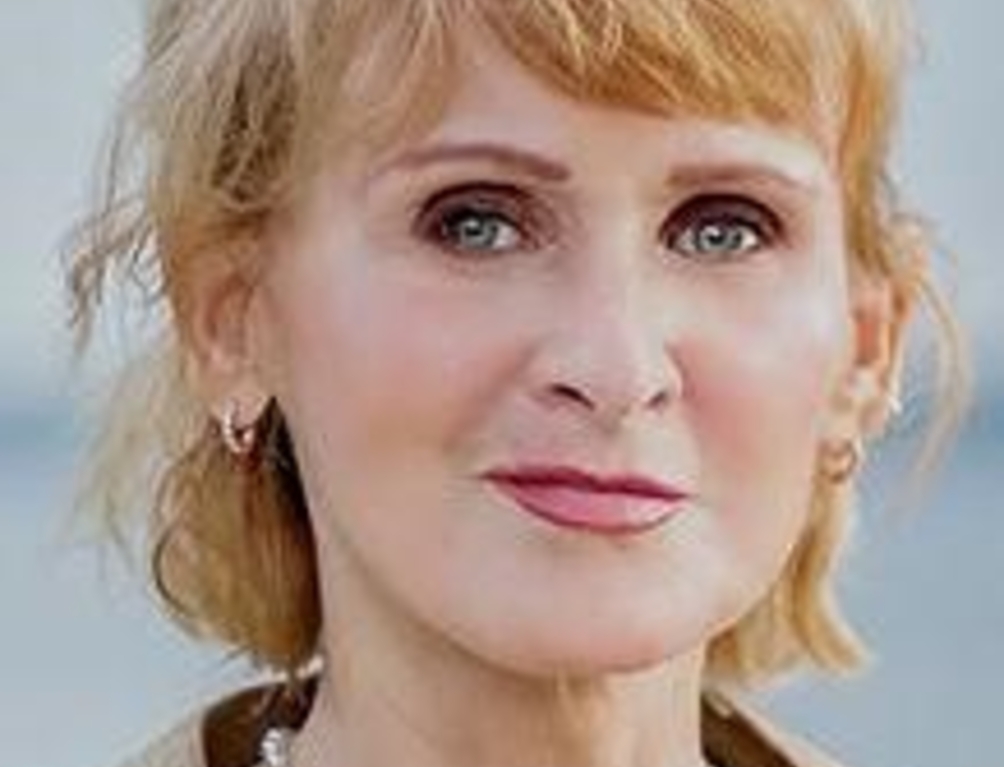 Madeline M. Motta is a Vermont Superior Court Assistant Judge and corporate and government ethics compliance consultant, lawyer, and academic. Dr. Motta completed her JSD, Doctorate in law degree from the Faculty of Law, McGill University with a focus on fiduciary law, ethics, and bio-medical regulatory law. She holds a JD degree from the Univ. of Mass. with extensive experience in anti-trust in health care and she holds an MSW in clinical social work and community organization from McGill University School of Social Work.

Madeline has advised Federal Agencies in Canada on complying with complex   International and US human research regulations and authored Federal and Provincial policy and program recommendations on First Nations’ community health, mental health, public safety, and judicial administration. She teaches bioethics to pre-med and allied health college students and has written numerous journal articles on emergent legal and bioethics issues.

Madeline established the LWV Inmate Voter Registration Initiative through an LWVUS grant to register inmates to vote in Vermont correctional facilities. In 2020, collaborating with the VT Department of Corrections, she produced a professional inmate instructional video to assist inmates to register to vote given that the Covid pandemic had closed correctional facilities to LWV volunteers. She was also responsible for the translation of LWV voter education materials into Somali, Nepalese, and Chinese to reach out to new citizens in Vermont. Madeline co-chaired the LWV education committee during the 2020 elections, and through the media instructed Vermont citizens on mail-in ballot voting rules. She was awarded the LWVVT June Carmichael Award for Outstanding Service to the League in 2019. 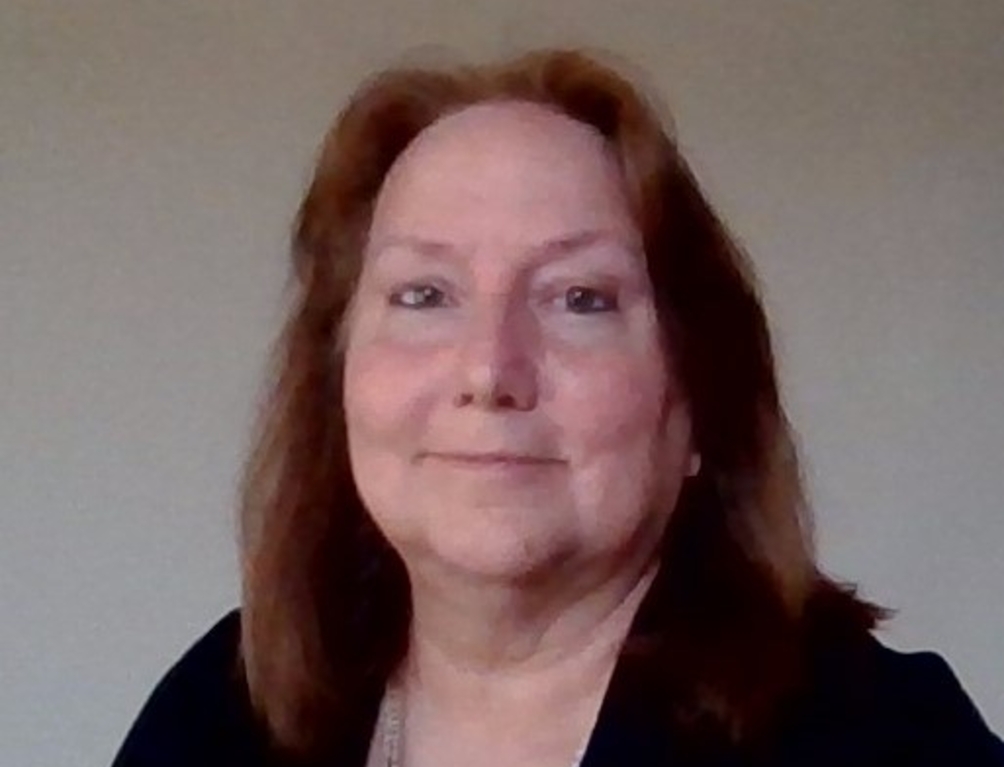 Chris Sagona is a longtime media professional having worked as an Associate Producer and Foreign News Assignment Editor in television, as Managing Editor for newspapers, and as a news correspondent specializing in crime, religion, and foreign news.

She is a founding steering member of her state's coalition against human trafficking. She speaks German, Italian, and Spanish. She holds a Master’s Degree in Public Policy/Child Advocacy, and she has since 2014 represented the League of Women Voters of the United States as a member of the UN Observer Corps to the United Nations.

Dr. Robin Tokmakian represents the LWVUS as a member of the Observer Corps to the United Nations with an emphasis on Climate issues, beginning in 2017. Her primary work is to monitor the UN activities of the United Nations Framework Convention on Climate Change (UNFCCC) secretariat based in Bonn, Germany. Part of her responsibilities is to organize observer delegates to the annual Conference of the Parties (COP), the primary venue for negotiating the implementation of the Paris agreement. Her League participation has included being president of the LWV of Monterey County (CA), and LWV California board member, and a member of LWVUS task forces on international trade and climate change (current). She is currently a member of LWV Portland, OR, where she serves as the LWV Oregon’s representative to the NW Energy Coalition.

Dr. Tokmakian has a BA in Physics, an MS in Oceanography, and a Ph.D. in Physical Oceanography and is, by profession, a physical oceanographer with experience in both teaching and research in the areas of the global ocean and climate modeling, remote sensing of the oceans, and model uncertainty.