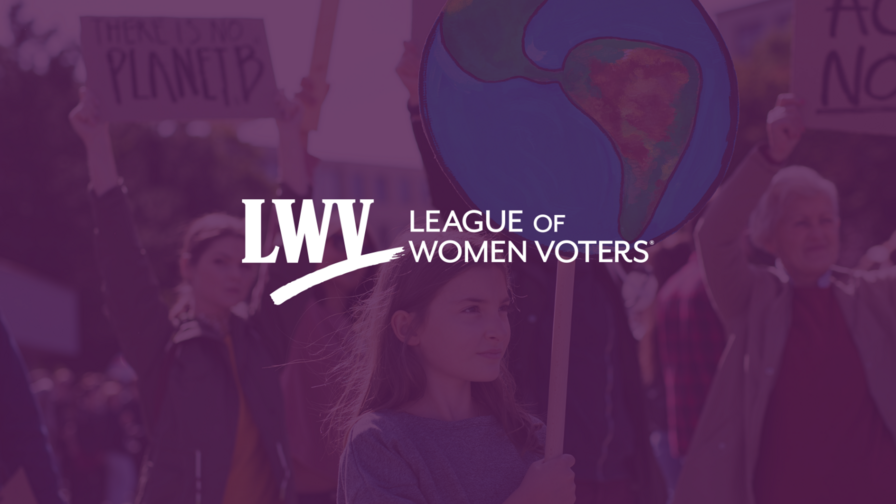 Disclaimer: This blog post references conversations about “women and girls” that generally focused on cisgender people. Trans and nonbinary folks and other gender minority people often experience similar – as well as unique -- climate change impacts and responses. Their experiences, needs, and contributions must be considered when addressing climate injustice.

The League of Women Voters has had observer status at the United Nations since 1945 when it was invited by President Harry Truman to serve as a consultant to the US delegation. The United Nations Framework Convention on Climate Change is an international environmental treaty governed by the Conference of the Parties (COP), which meets annually to discuss climate change-related problems, solutions, adaptation, and financing.

In November 2022, the League sent delegates in person and virtually to observe the COP27 Climate Change Conference in Sharm El-Sheikh, Egypt. Experts highlighted ways in which climate change disproportionately affects women and girls, who are insufficiently represented in climate change response decision-making.

Climate change is the long-term shift in regional weather patterns and average global temperatures. For the past 150 years, it has been largely driven by human beings’ generation of greenhouse gas (GHG) emissions from activities like burning fossil fuels for things like electricity, heat, and transportation.

The United Nations Framework Convention on Climate Change (UNFCCC) is a 1992 international treaty with the goal of stabilizing GHG concentrations “at a level that would prevent dangerous...human... interference with the climate system.” Under the UNFCCC, countries that are disproportionately responsible for GHG emissions adopt policies on reducing emissions and report their emissions annually. Industrialized nations also provide financial support for climate change activities in developing countries. Countries that have ratified the UNFCCC, including the US, are known as “Parties.”

Building upon the UNFCCC, the 2015 Paris Agreement is an international treaty that aims to limit the global temperature rise to 1.5 degrees Celsius compared to pre-industrial levels. Under the Agreement, countries submit nationally determined contributions (NDCs), which are country-specific climate action plans to reduce GHG emissions. The US signed the Paris Agreement in 2016, withdrew in 2020, and rejoined in 2021. 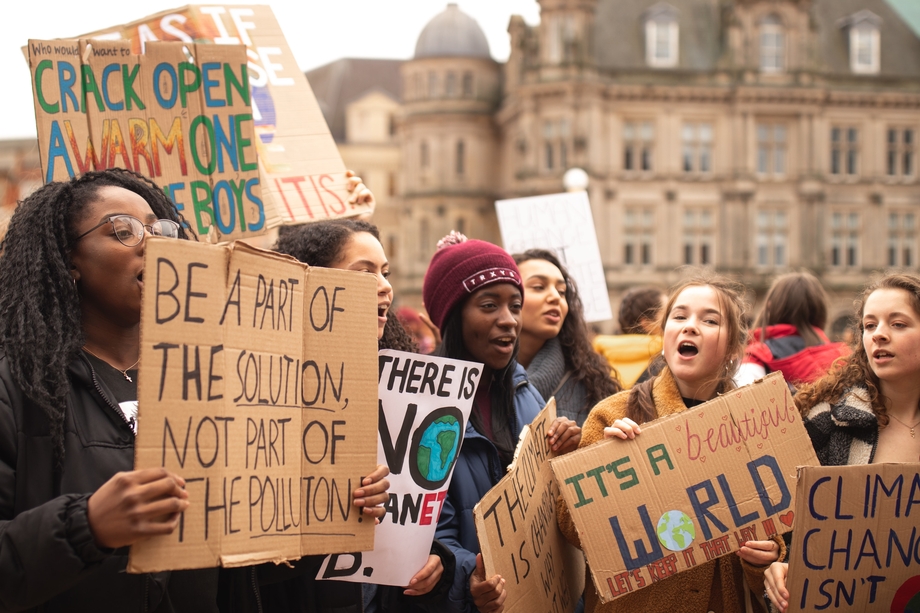 Gender and the Impact of Climate Change

At COP27’s side events focused on gender and climate change, speakers across multiple panels explained that climate change disproportionately affects women and girls by worsening existing gender inequalities. Climate change worsens sexual and reproductive health care and outcomes, intensifies economic hardship and the gendered opportunity divide, and can increase sexual and gender-based violence (SGBV). This is largely a result of gender-inequitable laws and cultural norms, which:

Climate events damage health and transportation infrastructure, disrupting access to supplies and services related to menstrual hygiene, family planning, abortion, pregnancy, and birth. Extreme weather events also interrupt reproductive control by destroying contraceptives, requiring people to flee without them or creating chaos that causes people to forget to use them.

Climate change interferes with families’ livelihoods, limiting their ability to pay for girls’ schooling or requiring girls to leave school to work. It devastates farming, which women often do as a source of food or income, as well as typical access to natural resources like water and firewood, which women and girls often must procure for domestic responsibilities. Additionally, climate events cause economic crises associated with increased intimate partner violence and require people to go to disaster centers, which can be places of SGBV. 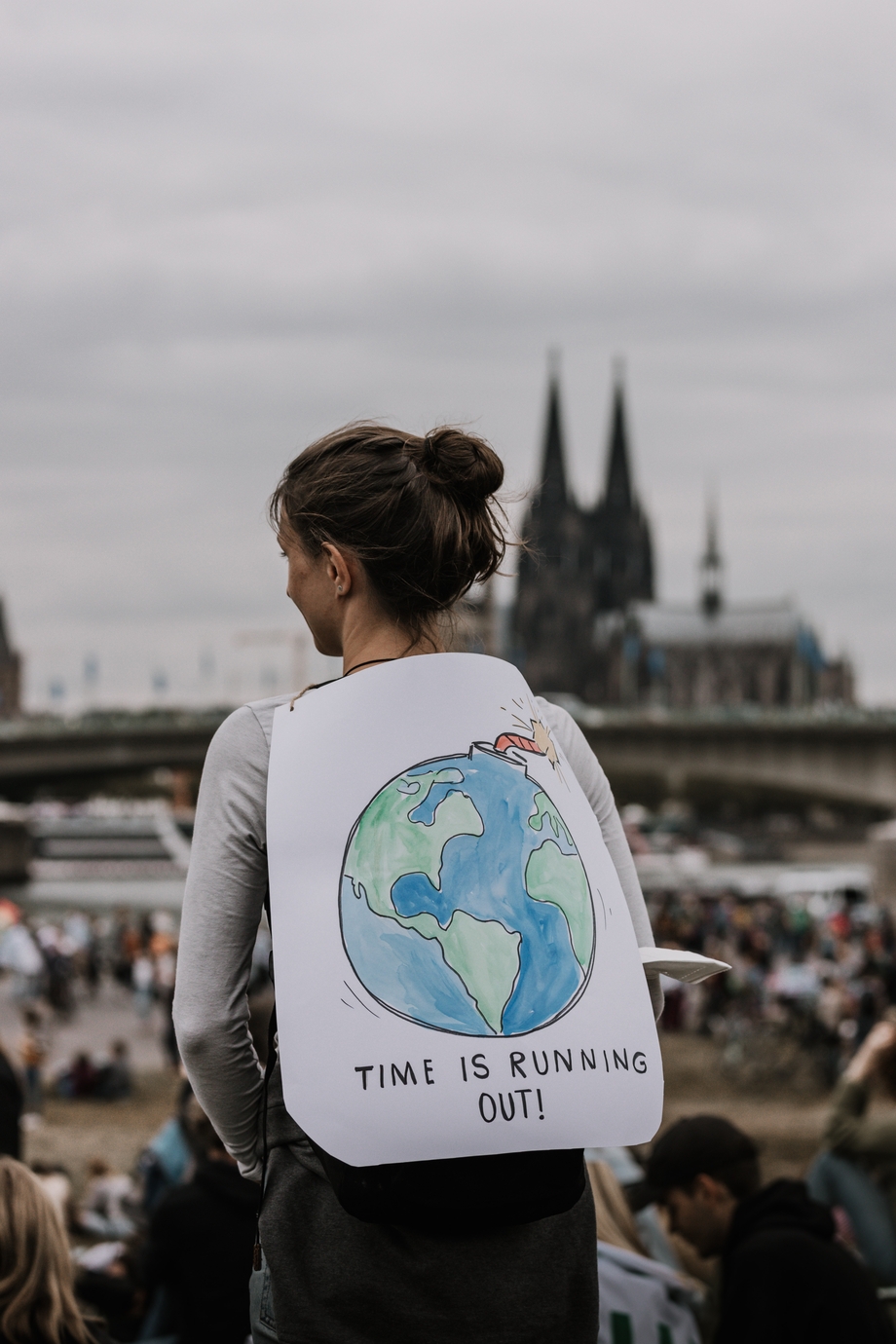 Limited access to sexual and reproductive health and rights results in reduced spacing between births and increased unplanned or undesired pregnancies, which can cause girls to leave school. Less schooling makes girls more likely to face early or child marriage, associated with SGBV and risk of sexually transmittable infections (STIs), including HIV. Limited economic opportunities can cause women to do work that increases their risk of experiencing violence, such as engaging in transactional sex. Additionally, changes in resource access can increase women and girls’ risk of sexual assault, such as when they must walk long distances to get resources.

Gender inequality also limits the degree to which women and girls can be part of climate response. Minimal birth spacing and an increased domestic burden impact their ability to do things outside of the home. Additionally, less education for girls means that fewer women learn about climate change and adaptation strategies, or end up working in science, technology, engineering, and mathematics (STEM) and government or politics, through which they could address the climate crisis.

The UNFCCC secretariat analyzed Parties’ 2022 Nationally Determined Contributions (NDCs) and found that 90% included significant mention of gender. Many NDCs referred to gender-related policies or legislation, and some talked about integrating gender into activity planning, assessments, data collection, and budgeting. Some parties also explicitly referred to gender-differentiated needs and the impacts of, and their contributions to, climate change and action.

While most NDCs included gender, the majority framed women as vulnerable. A conference speaker also explained that most NDCs mentioned human health but often excluded sexual and reproductive health issues.

Similarly, effective climate financing is gender-responsive, meaning that it requires climate action projects to consider women’s needs, consult gender experts, and involve women on the ground in design and implementation. Project assessments should measure the benefits of including gender considerations, and loans and grants should go directly to female community leaders and women’s groups.

Join women in your local League fighting for environmental protections.

Breaking the Cycle of Gender Inequality and Climate Injustice

The League of Women Voters of the United States supports UN efforts to:

The League also believes climate change is a serious threat facing our planet and that individuals, communities, and governments must continue to address this issue while considering the ramifications of their decisions at the local, state, regional, national, and global levels. 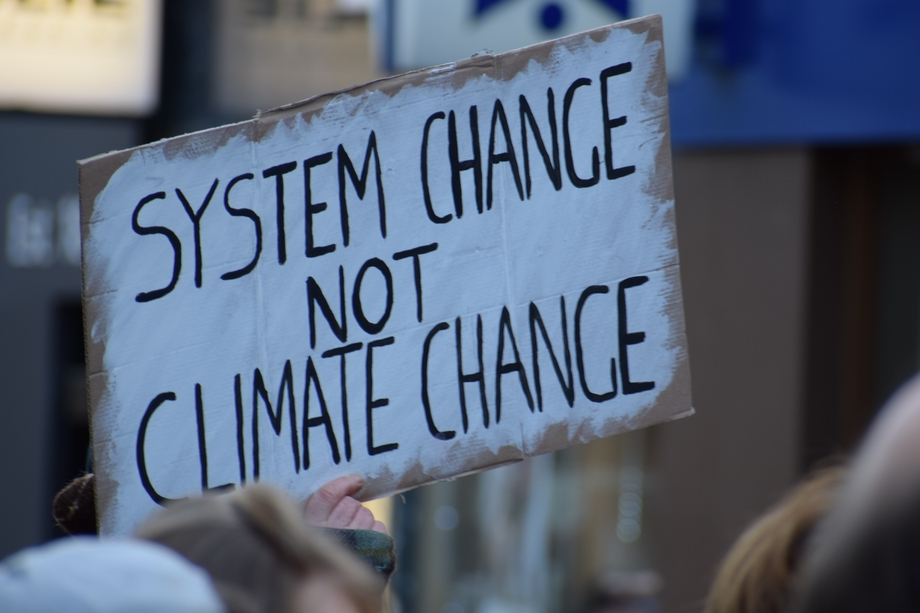 The UN writes that “climate justice... looks at the climate crisis through a human rights lens.” People who are most impacted by climate change are often those who experience multiple and intersecting forms of oppression and discrimination, including women and girls, individuals with low incomes, indigenous peoples, refugees, people with disabilities, children, older people, sexual and gender minority individuals, and people living in rural or conflict and disaster-prone areas.

As climate change is a global issue, here are a few steps you can take at home:

In the US, most people take for granted that ample food and clean water are, and will be, available for consumption. Yet climate change has already impacted food and water resources here and around the world.

Most of us know or have heard of the Latino trailblazers like Cesar Chavez, Dolores Huerta, and Sylva Rivera – but we sometimes forget to highlight the youth activists who are currently fighting for a better future. In this blog, we highlight one such leader, climate change activist and co-founder of Zero Hour, Jamie Sarai Margolin.