In 1945, at the UN Charter Conference, the League of Women Voters was invited by President Harry Truman to serve as a consultant to the U.S. delegation. Since that time, the League has continued its presence at the United Nations through its one official and two alternate observers. In July 1997, the League was granted Special Consultative Status with the UN Economic and Social Council (ECOSOC), which provides the opportunity to make interventions on issues the League supports.  Consultative status allows the League to:  make formal oral or written statements to the UN and be consulted by the UN in areas which the League has expertise. 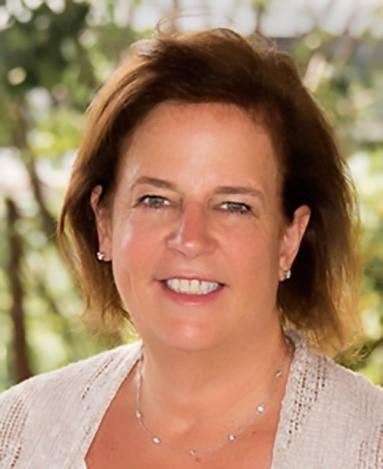 Rosalee Keech represents the LWVUS as Observer to the United Nations (UN) since 2011. She works with UN Agencies, Member States (countries) and other non-governmental organizations (NGOs) to further LWVUS policies. Specifically, she has developed multiple programs at the UN on increasing women’s leadership and participation in democratic political processes, promoting democracy around the world, and preventing violence against all women and girls. She is a past member of the Board of Directors of the League of Women Voters of the United States (LWVUS) and the Board of Trustees of the League of Women Voters Education Fund (LWVEF), serving from 2014-16.

Ms. Keech is a retired Information Officer with more than 30 years of experience in developing and executing system strategies for the private sector. She has leveraged her private sector experience in developing strategies for use at the UN and by governmental agencies. Specifically, she has developed a comprehensive strategy for preventing exploitation of women and children at major events. By working in conjunction with the UN, the strategy has been adopted and implemented by governments, both foreign and domestic.

As a result of her work at the United Nations, Ms. Keech currently serves as a member of the New Jersey Attorney General’s Human Trafficking Task Force, as well as chair of its Outreach and Awareness and Business/Industry Advisory Committees. Additionally, she is a member of the Board of Directors at the Jewish Home at Rockleigh and serves on its Government Affairs Committee. Ms. Keech is also on the Advisory Board for the International Center for Assault Prevention. Past work includes serving as the governor appointee to the NJ Board of Professional Planners, Executive Committee for NGO Committee on the Status of Women/New York and Steering Committee of the Working Group on Girls, Inc. (WGG) and chair of WGG’s Girls Against Violence taskforce.

Ms. Keech graduated from Rutgers University with a BA in Economics and Education and an MBA in Finance from New York University.

Dr. Michelle Dorsey has been serving as a United Nations Observer for the League of Women Voters of the United States (LWVUS) since 2018, with a primary focus on universal health care. Highlights of her tenure include attending the 2018 United Nations General Assembly high-level meetings on health care, multiple sessions of the Commission on the Status of Women (CSW), and the 23rd Conference of the Parties of the United Nations Framework Convention on Climate Change in Bonn, Germany. Dr. Dorsey serves as a Conference Focal Point for CSW and represents LWVUS on the UN Women’s Major Group. Her past League roles include President of LWV of Metropolitan Phoenix and Vice President of LWV of Arizona. A full-time practicing physician, Dr. Dorsey has a passion for delivering health care to underserved communities, in particular providing breast imaging to women in the US and abroad. She volunteers her time to develop radiology resources and teach in developing countries, with a focus on women’s health. Dr. Dorsey is a fellowship-trained, board-certified diagnostic radiologist who recently completed an Executive Certificate in Public Leadership at the Harvard Kennedy School. Author of multiple publications and speaker at national and international events, Dr. Dorsey has received many honors including being named to the Consumers’ Research Council of America’s “Guide to America’s Top Physicians.” In 2019, she received a Service to the Citizen Award for excellence in the delivery of services that impact the public’s lives.

Chris Sagona is an award winning American journalist and author in addition to serving as a LWVUS UN Observer.  She won Press Awards from the Society of Professional Journalists and the NJ Press Association for Best Feature Writing, Best Deadline Reporting, Best Breaking News Reporting and Excellence in Journalism for Distinguished Public Service.  Author of the book, Park Ridge, by Arcadia Publishing, Sagona has also served as Board Member of the Pascack History Project.

She was Managing Editor of Community Life for two years, crime beat reporter and Religion Editor at The Montclair Times, and a journalist for North Jersey Media Group, with her work appearing in the Herald News and The Record. She also did photography for publications including the Herald News. Sagona moved to television in as Associate Producer, then Assignment Editor, for News 12.

In her role as UN Observer, Chris is responsible for bringing us into the social media world by creating our various social media platforms in Facebook and Google Group.  She has focused most of her work at the United Nations in the areas of human rights, preventing violence and women’s political and economic leadership and empowerment.

She is a board member of the NGO (Non Governmental Organization) Committee to Stop Trafficking in Persons (UN language for human trafficking) which works to educate member states of the UN on the scourge and extent of human trafficking, both sexual and labor (and organ) trafficking. As a member of the NGO Working Group on Girls (and treasurer for 4 years), Ms. Schachter which works to educate UN member states on the specific needs of the girl child, such as the fight against FGM (female genital mutilation), early and forced marriage (many girls are married as young as 13), bathroom facilities at schools so that girls who are menstruating have privacy, safe roads for girls to travel on their way to school, and encouragement of education beyond elementary school, among other special girl-centered needs.

As a member of the LWVUS- UN Observer Corps, she is often called upon to explain that the UN is much more than the decisions and pronouncements of the Security Council and that UN agencies have done and continue to do much good around the world.

Ms. Schachter was graduated with a BA from Mt. Holyoke College.

Dr. Connie Sobon Sensor has been an active member of  many professional communities. She served on the Board of Directors for Sigma Theta Tau International Honor Society of Nursing (Sigma) where she was the Secretary from 2011 to 2013. She most recently completed a four-year term  as the appointed liaison to the United Nations for Sigma, where the organization has special consultative status with the Economic and Social Council. In her UN Liaison role, Dr. Sobon Sensor elevated Sigma to a prominent presence and changed how nurses are perceived to include greater emphasis on disease prevention, health promotion, and capacity for involvement in health policy development and decision-making to advance global health.  She co-facilitated the first DPI Chat Series focused on SDGs 3 and 5 (2016), was special rapporteur for health and well-being sessions during the Intergenerational Dialogues NGO Conference (2017), worked on the sub-committee drafting the Civil Society Conference Outcomes Document (2019) and was on the NGO Conference Workshop planning sub-committee (2018). She helped plan and present Sigma’s parallel events for the UN Commission on the Status of Women (CSW) since 2016. She is a member of CSW-NY, the League of Women Voters, the Coalition for Global Citizenship 2030, and the UN NGO Major Group. She is the President of the Northeastern Chapter of the Transcultural Nursing Society. She was formerly Secretary for Region 3 of the NJ State Nurses Association, and was appointed National Public Policy Workgroup member and regional Public Policy Advisor for the American Association of Critical Care Nurses (AACN) where she promoted the organization’s public policy agenda & empowered chapter members to influence policy development related critical care nursing and health.

Connie now represents civil society as an Advisor to the UN Global NGO Executive Committee in a secretarial role.

Robin Tokmakian represents the LWVUS as a member of the Observer Corps to the United Nations with an emphasis on Climate issues, beginning in 2017. Her primary work is to monitor the UN activities of the United Nations Framework Convention on Climate Change (UNFCCC) secretariat based in Bonn, Germany. Part of her responsibilities is to organize observer delegates to the annual Conference of the Parties (COP), the primary venue for negotiating the implementation of the Paris agreement. Her League participation has included being president of the LWV of Monterey County (CA), an LWV California board member, and a member of LWVUS task forces on international trade and climate change (current). She is currently a member of LWV Portland, OR, where she serves as the LWV Oregon’s representative to the NW Energy Coalition.

Ms. Tokmakian has a BA in Physics, an MS in Oceanography, and a PhD in Physical Oceanography and is, by profession, a physical oceanographer with experience in both teaching and research in the areas of global ocean and climate modeling, remote sensing of the oceans, and model uncertainty.