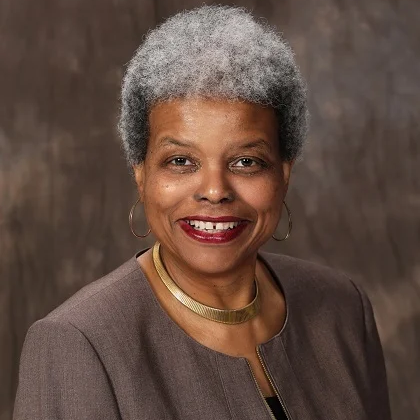 Dr. Turner joined the Des Moines Metropolitan League in 2010 and became president in 2011 when the League was at risk of disbanding. She served in that role until 2015 helping revitalize membership and focus the board leadership. At the same time, she also served on the LWV Iowa board as the state vice president from 2011 to 2015, becoming co-president in 2015. In her dual roles with state and local Leagues, Deborah has provided leadership to strengthen relationships between local leagues and the state Board.

Dr. Turner received her BS from Iowa State University and her MD from the University of Iowa where she completed her Residency in OB-Gyn. She completed her fellowship in Gynecologic Oncology at MD Anderson Cancer Institute in Houston Texas. She practiced gynecologic oncology for 35 years, enhancing university programs at the University of Nebraska, University of Iowa, and the Medical College of Wisconsin teaching residents and students. She also served the private sector bringing her specialty to Genesis Medical Center in Davenport, IA, Mercy Cancer Center in Mason City, IA, and Mercy Medical Center in Des Moines. In July 2015 she left active practice to become Vice President of International Programs Medical Programs of The Outreach Program. She participated in twelve medical missions to Tanzania since 2011 and worked with Singida’s Medical Center, Outreach’s Children’s Feeding Centers, and Rotary International. She received her JD from Drake University in 2007. She has served as Associate Medical Director of Planned Parenthood of North Central States since 2016.

Turner was inducted into the Iowa Women’s Hall of Fame in 2013 and received the Gertrude Rush Award from the National Bar Association in 2015. She was awarded the Louise Noun Visionary Women of the year award from Young Women's Resource Center Des Moines in 2018. Her most treasured award is a certificate from the Schwartz Center for Compassionate Care. In 2022, Fortune Magazine named her a "Marquis Who's Who" top professional for her work with LWV.

Dr. Turner lives in Nebraska and has two grown children – a son and a niece.

LWVUS board president and Planned Parenthood North Central States medical director, Dr. Deborah Ann Turner, made the following remarks in response to the Supreme Court of the US's decision to overturn the constitutional right to abortion.

What COVID-19 Taught Us About Making Voting Accessible (Blog)

Our nation is at a crucial turning point, how we proceed will determine whether our democracy survives. Our system of government is fractured, but the will of the people is strong. We don’t have a reputation for backing down and we will not give up now. Quite the opposite.

Just as our advocacy led, directly or indirectly, to all the gains mentioned above, our actions can save our democracy in this pivotal moment.