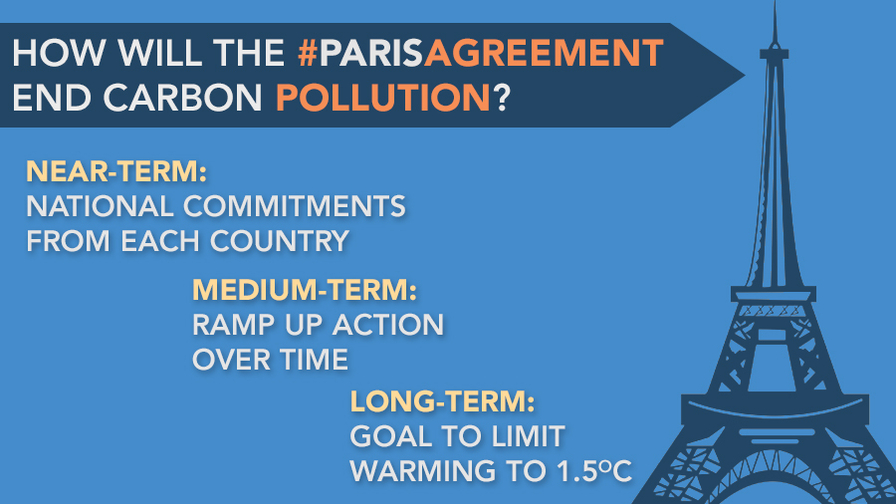 Friday, April 22 marks the 41st anniversary of the first Earth Day. On this day, world leaders will gather at the United Nations (UN) to sign the agreement put together last fall during the UN Climate Conference in Paris. The historic agreement signaled the commitment to fight climate change by a global coalition. Through the agreements, the signing countries will work to reduce global greenhouse gas emissions, including carbon pollution, while setting a goal to keep the temperature of the earth from rising “well below” 2 degrees Celsius.

At the time of the conference, nearly 200 countries signed the preliminary agreement. The Earth Day signing ceremony is a major milestone with key provisions become binding 30 days after at least 55 countries, sign the agreement and indicate their consent. Both China and the United States—the world’s biggest carbon emitters—will sign the agreement along with nearly 155 other countries from around the world. Additional countries are expected to sign-on in the future.

The signing of the agreement by the U.S. continues the work that the Obama Administration has done to reduce carbon emissions and fight climate change. The Clean Power Plan, which forms the centerpiece of President Obama’s Climate Action Plan (PDF), is the single greatest step the country has ever taken to address climate change. Honoring its commitment to the Paris agreement proves that the U.S. is committed to fighting climate change and leading the world toward a cleaner, sustainable world.

This Earth Day, countries will celebrate the planet by making one of the largest commitments to fighting climate change we’ve ever seen. But we must remember that the crusade to protect our beautiful natural resources has only just begun. Celebrating Earth Day is about more than celebrating our successes, it’s about insuring we have a planet for the next generation. Earth Day is just one day each year, but we must work every day to protect our planet.