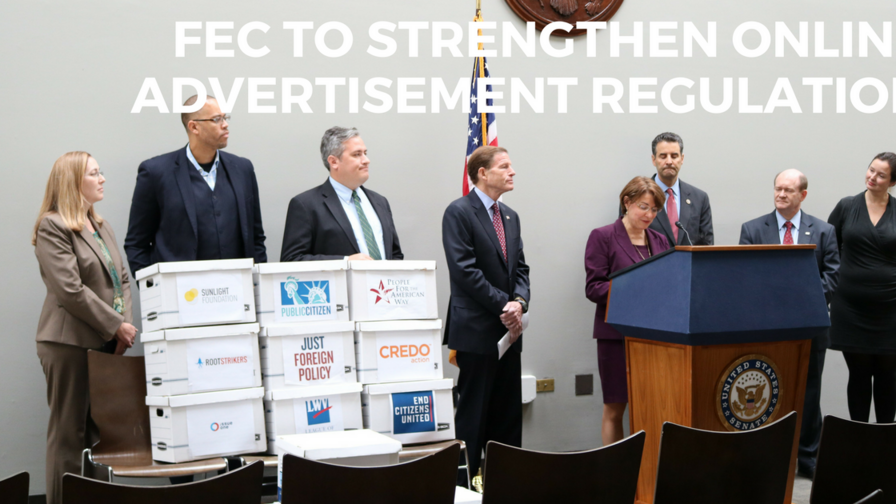 FEC to Strengthen Online Advertisement Regulation Thanks to League Activists

Today, the Federal Election Commission (FEC) unanimously voted to move forward with updating and strengthening regulations for online advertisements. They are taking the first steps to update our outdated transparency rules — which still include references to telegrams and typewriters — while requiring adequate disclosure for online ads. It’s a great step in our efforts to increase transparency and prevent foreign influence in our elections.

All of this happened because of the almost 13,000 League members and supporters who joined us by sending comments to the FEC during our comment campaign last week. Together, with other partner groups we were able to collect over 150,000 comments and send a strong message on the need for reform.

The most important thing we can do to preserve the integrity of our electoral process is to increase transparency and let the sunlight shine in. Transparency is the key to allowing voters to make their own decisions and guards against the inevitable corruption that comes with secret money. Fair and clean elections, determined by the votes of the American people, should be at the center of our democracy. Enhanced transparency is the most basic step toward protecting the role of voters and ensuring that they can make informed decisions.

Insufficient Plan from Democrats to Rid Politics of Big Money

“We are disappointed that the Senate Democrats’ campaign finance proposal, announced today, falls short of what is needed to keep big money from dominating our politics,” said President MacNamara.

The League sent a letter to the U.S. Senate in support of S. 2611, the Federal Election Administration Act of 2016.