Register to vote— get started now at VOTE411.org
By: LWV Staff

The Fight for Fair Maps: In the Trenches and on the Ballot

This blog post was written by Lizzy Ganssle and Samyuktha Mahadevan, campaign organizers for LWVUS. 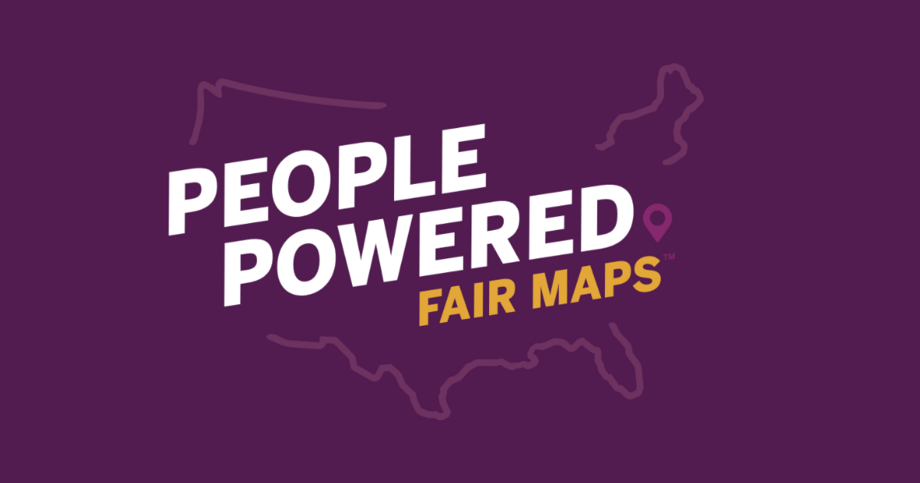 Through the national redistricting reform campaign, People Powered Fair Maps ™, Leagues in all 50 states and Washington, DC, are engaged in state-led actions to create a fair process to draw federal and state legislative districts. Our goal is to end gerrymandering and achieve fair maps by advocating for transparent processes, increasing public input, and protecting communities of interest.

Strategies in states look different, and the fight for meaningful change takes incredible time and commitment. For some states, the most effective way to create long-term change is through the ballot initiative process. In these states, Leagues often work with partners to collect signatures to put redistricting reforms on the ballot and then mobilize voters to pass these ballot initiatives. These opportunities are the few times where voters can directly vote on legislative decisions that are typically made only by lawmakers.

All 50 states plus DC will be redrawing their maps in 2021 with the census data collected this year. Many Leagues were aiming to get initiatives on the 2020 November ballot to ensure implementation of reforms before this redistricting cycle. Yet, pushing these reforms in the face of an ongoing pandemic, targeted opposition, and multiple lawsuits all while continuing to serve and represent voters proved challenging.

Whether on the ballot in 2020 or beyond, Leagues are continuing to work towards meaningful redistricting reform in their states.

With amendments on the November 3rd ballot, these states are actively fighting for fair maps. If they are successful, they can pave the way for other states in the future to pursue redistricting reforms.

In 2018, Missourians overwhelmingly voted to amend the Missouri Constitution to ensure that fair maps are drawn from 2021 on. Through the efforts of the League of Women Voters of Missouri (LWVMO) and their partner, Clean Missouri, the initiative to create a fairer redistricting process and institute other pro-voter reforms was approved by 62% of voters. The initiative created the role of a nonpartisan State Demographer to draw district maps. It also limited campaign contributions to State Senate and House candidates, and it required all legislative records and proceedings to be subject to the state open meetings and records law.

However, the story doesn’t end there. Legislators were reluctant to give up the power they had to draw district maps under the original rules. They passed Senate Joint Resolution No. 38, creating Amendment 3, which will appear on the ballot this November. Amendment 3 not only overrides the redistricting reforms that Missourians supported in 2018, but also introduces new language to the Missouri Constitution that would make the redistricting process even more partisan and less transparent than it was pre-2018.

Missouri would be the first state to only count voters and not total population while drawing maps, which would disproportionately underrepresent communities of color.

Missourians have already made their voices heard. They want fair maps. Now, we must protect those maps from partisan interference. The League of Women Voters of Missouri is again partnering with Clean Missouri to educate people about the harmful effects of this Amendment and to mobilize voters to Vote NO on 3.

Virginia: Fair Maps on the Ballot

Virginia has a long history of racial and partisan gerrymandering. The League of Women Voters of Virginia (LWVVA) is pursuing an amendment to the Virginia Constitution to make redistricting a more fair and transparent process. To amend the Constitution, the bill needs to be voted on and passed twice by the General Assembly with an election between the votes. Once the bill is passed twice by the General Assembly, it is included on the ballot and voted on by Virginians.

In both 2019 and 2020, through a long legislative battle, the Virginia General Assembly passed a bipartisan Constitutional Amendment that would end partisan and racial gerrymandering in the Commonwealth. Since the bill was passed twice with the 2019 election in between, it will be on the ballot for Virginian voters to make the final decision. This November, Virginians will have the opportunity to vote on Amendment 1, which if passed would amend the Constitution to create a bipartisan, citizen-led commission to draw fair maps. LWVVA supports Amendment 1 because it will ensure fairer maps by: including citizens in the process of drawing maps, increasing transparency in the process, and preventing partisan gerrymandering.

Despite partisan opposition, LWVVA, along with our partners, Fair Maps Virginia, and One Virginia 2021, are educating Virginians about the importance of Amendment 1 and are mobilizing voters to Vote YES on 1.

The Road to Redistricting Reform Beyond 2020

Due to the unprecedented challenges of 2020, not all states aiming to achieve reform this election will appear on this year’s ballot. However, there is still opportunity for reform in the future. Here’s what happened in two states and ways to stay engaged!

The League of Women Voters of Arkansas is a founding partner of Arkansas Voters First (AVF), the coalition fighting for a fair and transparent redistricting process. Since last summer, the League has been working tirelessly to educate voters on their redistricting efforts through weekly newsletters, virtual happy hours, and an informative and user-friendly website. They proposed a constitutional amendment, known as Issue 4, to create a nonpartisan “Citizens’ Redistricting Commission” and make the redistricting process open to public comment.

With the combination of a paid canvassing program and strong volunteer operations, the coalition surpassed the number the necessary 89,000 signature threshold needed by the July 3rd deadline. Yet, the Secretary of State refused to count the submitted signatures.

In the face of this threat to First Amendment Rights, LWV of Arkansas took to the courts. The League continued to organize, collect signatures, and educate the public because of their commitment to fight to put power in the hands of the public. Despite overwhelming public support to reform the redistricting process, the U.S. District Court decided not to include Issue 4 on the November ballot.

Though not the immediate outcome hoped for, these efforts made a tremendous impact in getting Arkansans involved and in the know about what’s at stake with redistricting to come. The fight is not over.

The League of Women Voters of Oregon is one of the leaders in the state’s redistricting coalition People Not Politicians. They needed nearly 150,000 signatures to get on the ballot this year. The same question arose as it did in other states: how do you go about collecting thousands of signatures in the middle of a pandemic? For Oregon, the answer was by mail.

People Not Politicians successfully sent petitions to 500,000 voters with return postage paid for, and local League leaders strategized safe in-person and remote signature collection. By the July 3rd deadline, the coalition had collected about 64,000 signatures, falling short of the requirement. After a series of legal battles, IP 57 did not end up on the November ballot. The fight continues, and the League is hoping to get redistricting on the 2022 ballot!

To work with a worthy campaign in unique times for change that's absolutely necessary for better government was exhilarating and, personally, very satisfying.  We will regroup and continue our efforts—no serious change comes without sustained effort. Onward!”

A 50 State Strategy: Get Involved

Gerrymandering is the intentional manipulation of the redistricting process by the people in political power to keep political power. It protects incumbents and those who are already in positions of power. When politicians draw maps without public input, they can draw maps that serve their own interests instead of meeting the needs of the communities they are supposed to represent. This leads to unfair maps, where certain voters and communities are less represented and are unable to hold elected officials accountable. This is a form of voter suppression. Gerrymandering leads not only to the disenfranchisement of voters, but also to disengagement or disillusionment around voting because voters do not see the change they want.

Through the People Powered Fair Maps ™ campaign, the League of Women Voters is pursuing every opportunity to end gerrymandering, create fair maps, and ensure that communities are represented in all 50 states and Washington, DC.  There will continue to be opposition, challenges, and unexpected events, but nothing can stop a movement of people working to ensure that every person and every community counts.

Will you join us?

Article / January 13, 2021
10 Things You Should Know About Redistricting

Every 10 years, after the collection of the decennial census data, states redraw their state and congressional district lines. Here are 10 things you should know about it works.