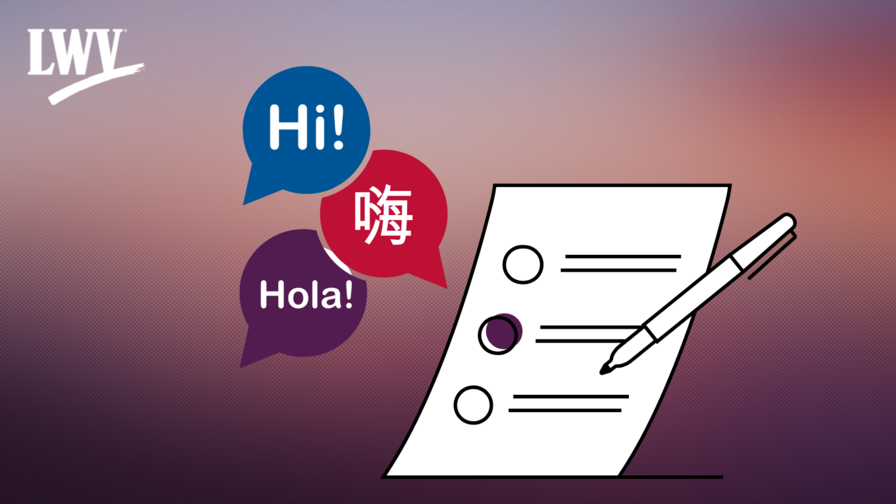 The midterm election has come and gone, but voting rights are still top of mind, especially for pro-democracy groups like the League. Even though not everyone thinks about voting rights in the same terms, it’s safe to guess that as voters went to cast their ballots, many wondered: “Will my vote count?” or “Will my voice make a difference?” In asking those questions, people across the political spectrum were all thinking about the same thing: voting rights!

It makes sense to think about voting rights at a time when voters are facing ongoing barriers to the ballot box. Multiple high-profile Supreme Court cases, like Shelby County v. Holder and Brnovich v. Democratic National Committee, have dismantled key provisions of the Voting Rights Act of 1965 in the last decade.

In response, advocates for voting rights have worked tirelessly to expand and protect the freedom to vote. Following the disappointing failures of sweeping voting rights reforms through bills like the For the People Act, the Freedom to Vote Act (FTVA), and the John R. Lewis Voting Rights Advancement Act (JLVRAA), the League has advocated for bills that narrow in on just a few components of necessary voting rights reforms. One example of this is the Expanding the Voluntary Opportunities for Translations in Elections (VOTE) Act (HR8770) which addresses the unique challenges voters with limited English proficiency face when registering to vote or accessing the ballot box. 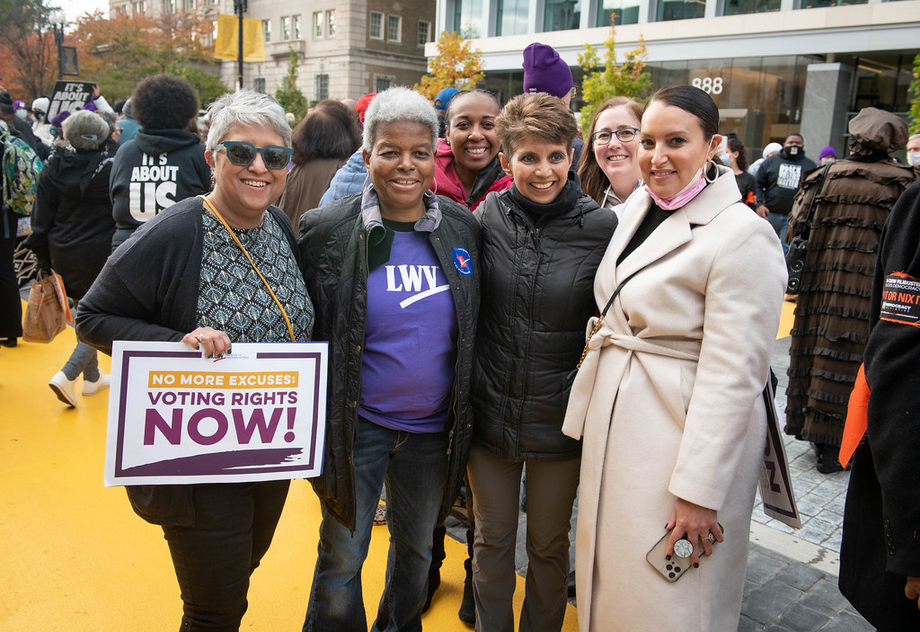 Section 203 of the Voting Rights Act (VRA) requires that states or political subdivisions provide translated voting materials, including voter registration notices, forms, instructions, assistance, and ballots, in the language of applicable minority groups as well as English. The purpose of these requirements, according to the Department of Justice, is to ensure “that all citizens will have an effective opportunity to register, learn the details of the elections, and cast a free and effective ballot” regardless of their native language. The VRA sets a threshold for the size of a language minority population within a state or political jurisdiction based on census and American Community Survey data. Jurisdictions that are home to language minority communities exceeding that threshold are required to provide translations.

The Expanding the VOTE Act expands upon this by allocating resources to jurisdictions that seek to provide translated voting materials for language minority communities who do not exceed the threshold. In doing this, they expand access to the ballot box even further.

Local-level grants proposed in this bill would incentivize and support jurisdictions going beyond the requirements of the VRA to cover languages that do not trigger section 203 coverage.  Additionally, the bill would create a study to evaluate the impacts of reducing the threshold required to provide translated materials and assess the expansion of language minorities to include additional languages.

The accessibility of voting materials for voters of diverse language backgrounds has long been a priority for the League. In 1975, the League was part of a successful coalition effort to expand the Voting Rights Act to cover language minorities. And in 1996 and 1998, LWVUS defended these minority language provisions of the VRA by working against congressional “English-only” legislation that would have effectively repealed them. Through this work, the League seeks to enact its vision of protecting and expanding voting rights and ensuring that everyone is represented in our democracy.

Support our work to expand voting rights and make voting more accessible to all people.

Eligible voters deserve equal access to register and vote under the law. Increasing the language accessibility of voting materials allows voters to feel confident in voting and become educated and informed as they vote on high-priority issues in their communities. In our interconnected, digital world, it’s easier than ever to provide translated voting materials. A failure to provide those materials creates a barrier to participation for communities with limited English proficiency.

This bill, in addition to other legislation that expands voter access, is critical as we continue to repair the damage caused by recent attacks on voting rights. While the JLVRAA was widely supported, the Senate has failed to take action on it. You can use this action alert to continue to emphasize the importance of the voting rights bill in a letter to your Senators. We must keep pushing, trying new routes toward protecting and expanding voting rights and coalition-building. These actions must be taken to find bipartisan solutions to the issues our country is facing. Tell your representative to support the Expanding the VOTE Act today!

Tell Your Reps to Pass the Expanding the VOTE Act!

Press Release / September 2, 2020
One of the first acts of patriotism as a new citizen: registering to vote

After the election, I joined fellow members of the League of Women Voters of DC to register new voters at a naturalization ceremony. It was my first time at one; I was uncertain of what to expect.