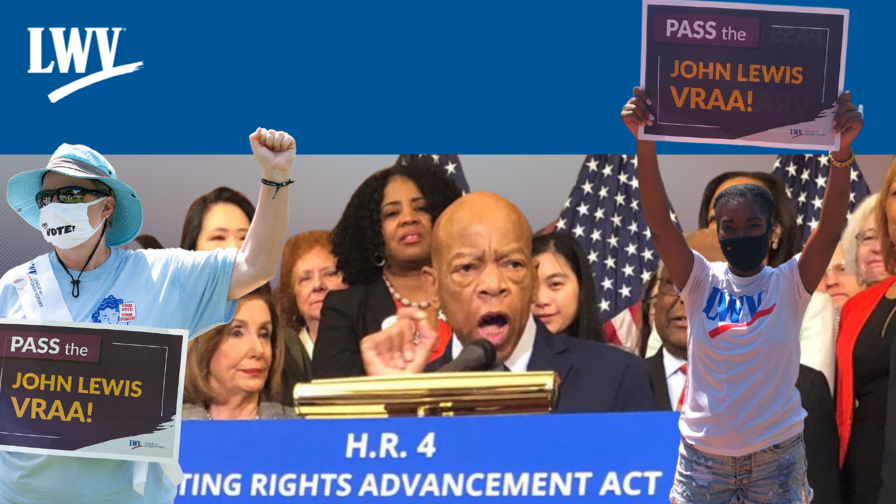 The Voting Rights Act was originally passed in 1965 as one of the chief legislative accomplishments of the civil rights movement. Since then, it has safeguarded the right to vote, guarding against discriminatory voting practices such as literacy tests and racial gerrymandering. Since 1965, the VRA has regularly been reauthorized by Congress, with broad bipartisan support.

But the VRA is on shaky footing in 2022, facing opposition both in Congress and at the Supreme Court. In Shelby County v. Holder, a 2013 decision, the Supreme Court eviscerated Section 5 of the VRA, which forced cities and states with a history of racial discrimination to seek approval for changes in election rules. In Brnovich v. DNC,  a 2021 decision, the Court curtailed Section 2 as well, making it harder to prove that a voting law is racially discriminatory. These two decisions make it significantly harder for voting rights advocates to succeed in court. But facing shrinking protections under the VRA, Congress has failed to successfully step in.

Tell Your Senators to Restore the Voting Rights Act!

Congress's inaction is perplexing. For decades, members of Congress from both parties have worked to reauthorize the VRA. While some people today inaccurately consider the VRA to be a “liberal” bill, the VRA was reauthorized by Republican Presidents Richard Nixon, Gerald Ford, and Ronald Reagan. As recently as 2006, Republican President George W. Bush signed an extension of the VRA, a bill receiving overwhelming bipartisan support from Congress. But this Congress remains unable to pass the John Lewis Voting Rights Advancement Act, which would restore key portions of the VRA, thanks to a divide that is largely along party lines. In fact, 16 sitting Republican senators voted for the 2006 extension of the VRA, but against the John Lewis Voting Rights Advancement Act. 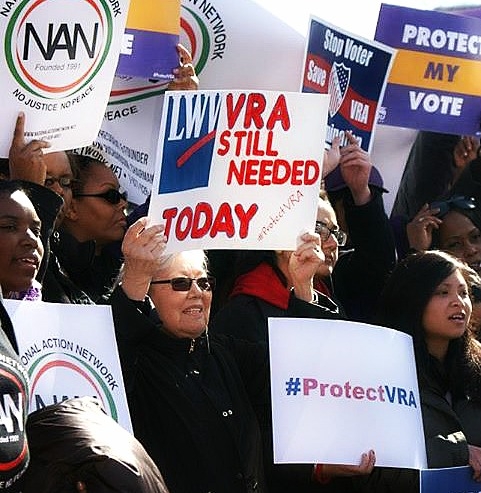 The League's Support for the Voting Rights Act

The League of Women Voters has supported voting rights, and the Voting Rights Act in particular, for decades, regardless of which party is in power and where opposition may come from. In 1970, the League’s Convention adopted a bylaws amendment to allow the League to act in defense of voting rights. In 1975, the League joined a coalition of voting rights groups in successfully advocating for the VRA to be extended to cover language minorities. Each time the VRA has been reauthorized and expanded in the years since then, the League has lent its support. The full history of the League’s advocacy for the VRA is cataloged in Impact on Issues.

The League’s advocacy on behalf of voting rights is important because fair elections are a prerequisite to a fair democracy. Legal scholar John Hart Ely called this idea “process theory.” He argued that courts must act “to keep the machinery of democratic government running as it should.” The idea behind process theory is intuitive – voting rights are necessary to make sure that democracy is legitimate, and that people have the political power to demand other rights.

Our entire framework of democracy is built on the premise that elections give people political power. If people can’t participate equally, we can no longer rely on elections to hold the government accountable and serve the people’s interests. If people’s rights are violated, they can turn to the ballot box to hold the government accountable. But if voting rights are violated, the problem is self-reinforcing – so there is no recourse for justice. Recognizing that voting rights are crucial, the League has made it a priority for decades to advocate for the VRA to be reauthorized and expanded, just as it does today. 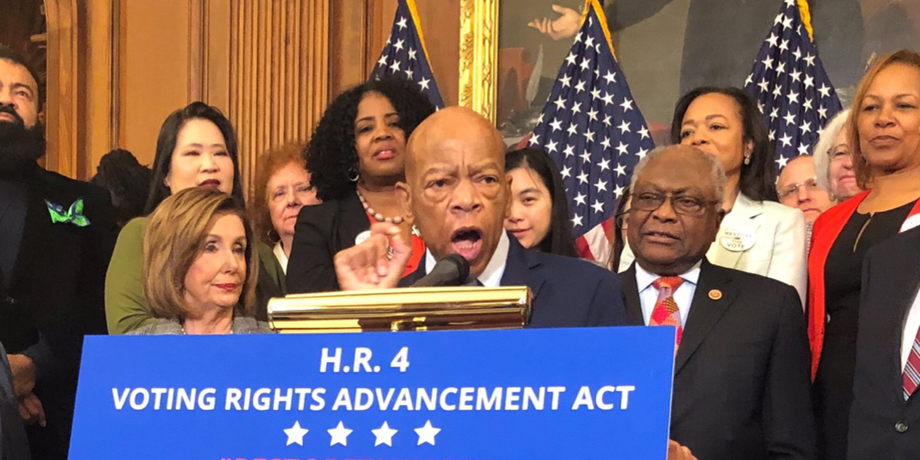 Sen. Minority Leader Mitch McConnell, a key voice against the John Lewis Voting Rights Advancement Act, called the act “unnecessary.” But if the protections of the VRA seemed unnecessary, it was only because they were working. As the late Justice Ruth Bader Ginsburg explained in her dissenting opinion in Shelby County, “[t]hrowing out [VRA protection] when it has worked and is continuing to work to stop discriminatory changes is like throwing away your umbrella in a rainstorm because you are not getting wet.” Indeed, as the protection of the VRA has shrunk, efforts to prevent people of color from voting have expanded. As League of Women Voters’ CEO Virginia Kase Solomón explained after the Act failed in the Senate, “[t]here are several states that have already introduced dangerous anti-voter bills to suppress the voices of the people. Without federal legislation, our democracy will suffer.”

The John Lewis Voting Rights Advancement Act would repair much of the harm to federal voting rights protections from the past decade. It would reestablish Section 5 and restore Section 2 of the VRA, undoing the harm caused by the Supreme Court’s recent decisions.

Congress needs to act now to protect our democracy, and ensure power remains with the people.

Learn more about the League’s work on the VRA

Press Release / August 17, 2021
People Powering the Vote: League Leaders and the fight for the VRAA