Protecting our Environment from Fracking 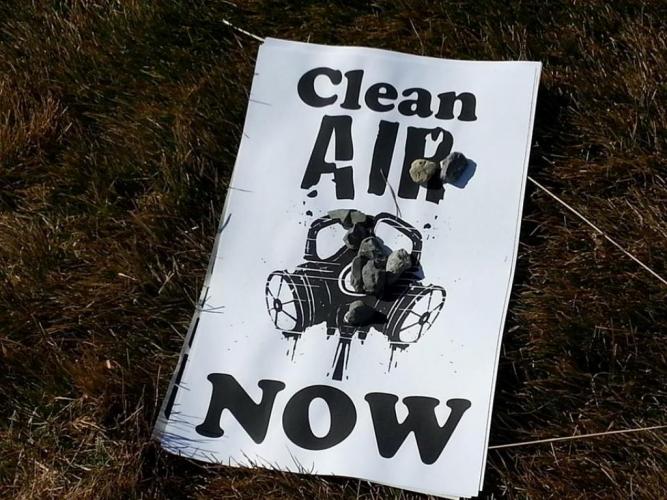 As a leader in the environmental community, the League of Women Voters looks for solutions to address climate change, protect our natural resources and promote a clean energy economy. As part of this work, the League recently endorsed, and is encouraging members of Congress to cosponsor and support five pieces of legislation known as the “Frack Pack.” These bills seek to keep our air and water safe while holding big polluters responsible for the process known as hydraulic fracturing or 'fracking.' The Frack Pack bills will close loopholes in the Safe Drinking Water, Clean Water, Clean Air, and Resource Conservation and Recovery Acts while establishing mandatory testing of water resources to contain contamination.

Hydraulic fracturing commonly is the process used to extract natural gas and oil from deep inside the earth. The process involves injecting a highly pressurized fluid consisting of chemicals, water, and sand into the earth to hold open or create cracks in deep rock formations in order to increase access to and allow for oil and gas to flow more freely. Drilling and fracking is continuing to expand across the country, and the League believes we must have updated laws to hold the oil and gas industry accountable and to ensure our planet and its resources are protected.

Many, including the League, are concerned about the impact that fracking may have on our natural resources and public health. Pro-fracking advocates argue that increasing access to these fossil fuels enables new energy sources that have a positive impact on our economy. But environmental advocates, including the League, argue it puts our air and water, two key environmental resources, in danger. Specifically, there are concerns that the water used for fracking, which is infused with sand and chemicals, contaminates ground water that may be used as drinking water. Fracking also uses anywhere from 70-140 billion gallons of water a year across the United States. With water resources in jeopardy in most of the western United States, this could have a major impact on the depletion of the fresh water supplies we need to survive.

Questions also remain about the effect that releasing methane gas, which contributes to climate change, into the atmosphere will cause. During the fracking process, methane is released into the air through the venting of wells to reduce pressure and through leaks in the system. The League has called on the Environmental Protection Agency (EPA) to regulate methane from the oil and gas industry as a key part of the President’s pledge to reduce greenhouse emissions in the Climate Action Plan.

The League also wants to make sure that the oil and gas industry is held accountable for the chemicals used in the fracking process. The public deserves full transparency and disclosure of the chemicals being used, so that communities across the country can be aware of any dangerous health risks that may affect them. In addition to lobbying to gain support for the Frack Pack in Congress, the League has also worked to address the issue of fracking by providing comments (PDF) to the Bureau of Land Management (BLM) about the need for regulations on fracking on federal lands. The League has also testified to the EPA’s Science Advisory Board (SAB) about the need for a comprehensive, transparent, science-based, peer-reviewed study on its potential impact on drinking water resources. Eighteen state Leagues cosigned the testimony. Numerous state Leagues across the country are also working in their own communities to educate the public on the effects fracking may have on public health and our natural resources.

A path toward a clean energy future will strengthen our economy by opening up millions of jobs to Americans while also rescuing America from its dependence on fossil fuels, reducing threats to our health, protecting the natural resources that we depend upon for survival and creating millions of domestic jobs. As the United States shifts towards establishing an economy around renewable energy and decreasing the size of its carbon footprint, the League will be there to ensure that we’re also establishing accountability and safeguards to protect public health and the environment.