Public Support for Online Voter Registration in Florida and Texas 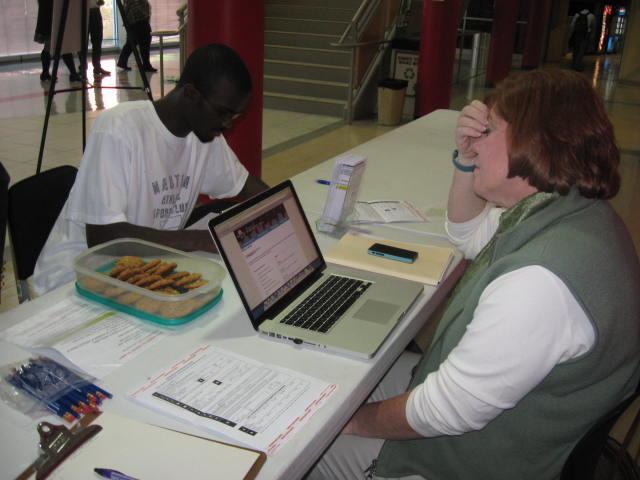 Meanwhile, strongly supported bills in Florida and Texas are facing roadblocks. Over 26 states have, or will soon have, online voter registration, so now is the time for Florida and Texas to pass this pro-voter advancement to our elections system.

The League of Women Voters of Texas (LWVTX) has also been working hard with coalition partners to raise awareness about online voter registration. Unfortunately, despite public support and the Texas League’s testimony (PDF) in support of the proposal, the bill did not move out of committee earlier this month, effectively killing it for the 2015 session. The Texas League also wrote op-ed articles and appeared on the local news to help educate the public on the need for online voter registration. Similar to Florida’s proposal, the Texas bill had widespread bipartisan support, including from elections officials across the state. LWVTX isn’t giving up the fight, though, and continues to educate on this issue in hopes it will pass in the future.

The proposed online voter registration bills in Florida and Texas would provide thousands of citizens the ability to easily register to take part in our democracy. Across the country, League advocates will continue to push for positive elections reforms like online voter registration—especially systems which would allow all eligible voters, not just some, to register online.

Action on voting rights in 2016 looks very similar to last year. On the whole, states are passing less restrictive election laws, and even better, more and more states are reforming their election process to help voters.

President Obama delivered his final State of the Union address, and discussed the need to invest in civic engagement and improve our voting and elections systems. Check out our Storify as the League and our supporters live-tweeted the speech!

"The League is pleased to have the power of the presidency behind reforms that lower barriers to voters and help us work toward a more perfect democracy," said President MacNamara.