Put the Market to Work to Fight Climate Change 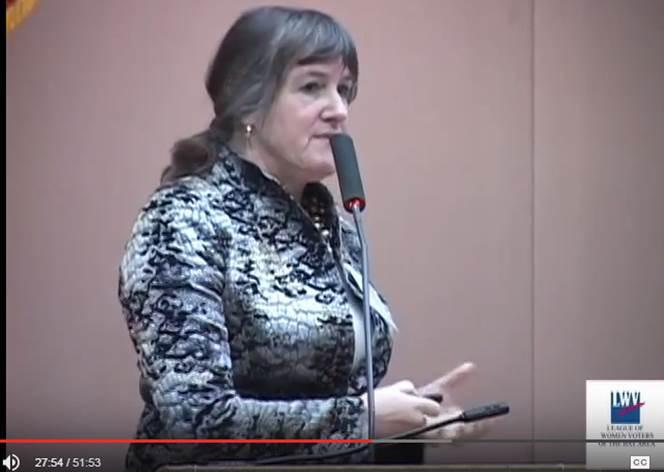 EDITORIAL NOTE: This guest blog post was written by Diz Swift, member of the League of Women Voters of Berkeley-Albany-Emeryville

Like me, you probably know that one of the chief causes of climate change is the increase in greenhouse gases, such as carbon dioxide and methane that are released into the atmosphere. As we mark another Earth Day, I am proud that the League of Women Voters is looking at ways to help reduce these gases and their impact on our climate. The League has been working to support the Administration’s Clean Power Plan, which will reduce carbon emissions from power plants.

Putting a price on carbon emissions does two things: 1) it makes the use of fossil fuels that emit carbon less attractive, and 2) it makes alternative energies, like wind and solar more attractive, which in turn stimulates investment into their development.

Delegates to the 2014 LWVUS national convention voted overwhelmingly in support of putting a price on carbon emissions. Since that time, the League has looked for ways to support a price on carbon, while also supporting other initiatives to fight climate change. In order to better educate the League’s grassroots network and the public alike, I have worked with experts from across the country, to develop a website on the basics of what a price on carbon could mean for our country. Not surprisingly, the website is called PriceonCarbon.org.

As we go forward and seek to stop the damaging effects of climate change, we also have to prioritize keeping America’s economy strong. Beyond the obvious reasons of keeping people working, investment growing, and maintaining our standard of living, keeping the economy strong also allows for the significant investment that we’ll need for the transition from fossil fuels to alternative energies. And, we’re already on the path. Investments in wind, solar and other alternatives are growing rapidly, and consumer prices for them are dropping. Putting a price on carbon will accelerate the investment in these alternatives.

To learn more about the work of the League of Women Voters of Berkeley-Albany-Emeryville, follow them on Facebook.